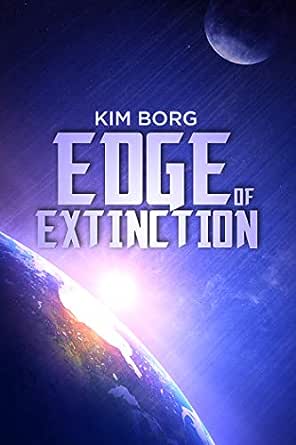 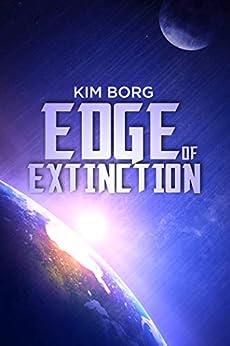 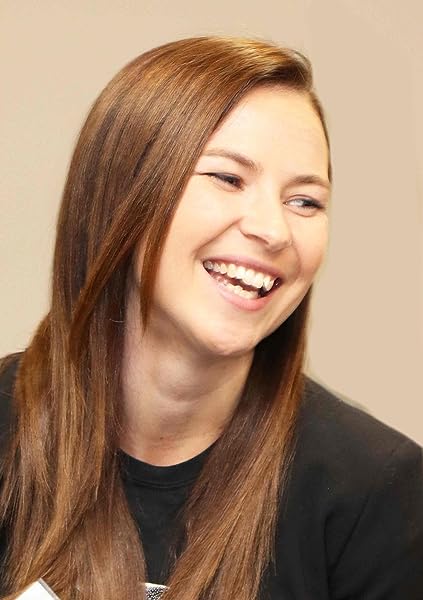 P. Motes
4.0 out of 5 stars Classic Style Science Fiction
Reviewed in the United States on July 5, 2020
Nowadays, writers tend to jump into the middle of the action, and then catch the reader up via back story or shifts in the time of the narrative. Author Kim Borg does this in her debut novel, Edge of Extinction, in an opening sequence which refers to “the man” who is clearly on the run from something monstrous. A second scene, on Earth, also has nameless characters, and doesn’t seem to fit with the first scene, but later it all makes sense. As for me and my reading, I like characters with names. So, while I don’t care for the opening of this book, over all I liked the novel quite a lot. By the third scene, readers have some point of view characters, Amber Lytton and Joel Carter, academics who have a relationship that’s beyond “love me like a brother or sister” but not exactly romantic. Before long, Amber and Joel join an elite crew of late twenty-first century explorers riding in a spaceship called the Hermes, powered by a Phoenix drive. The group of mostly scientists is tasked with finding out what happened to their predecessors, who were the first humans to venture to a planet called Arcadia, and to assess whether or not this new found planet would be appropriate for colonization, as the Earth is getting a bit shopworn in 2086.
Once on Arcadia, the travelers must dodge aliens of various sizes and levels of ferocity, while looking for clues as to the fate of the first group of humans. Problems, both external and within the group, complicate the mission. Borg’s debut novel has quite a bit of suspense, a good character development, and lots of world building. The gadgets, although present, don’t over-power the story, either, which I like.

As in many worthy stories, the bad guys (or critters) aren’t all bad, and the good guys aren’t all good. Some of the early reviewers have stated that the story was so compelling that they read it in a single sitting. Yes, it is suspenseful, but I could, and did put it down. However, I did enjoy the book all the way through. Without giving any spoilers, there are elements in this story that remind me of some excellent science fiction writers, especially Jules Verne and Pierre Boulle (Planet of the Apes.) The ending isn’t quite a cliff hanger, but it opens the door for sequels, and I hope the author continues the story line in other novels.

Edge of Extinction is skillfully written. Kim Borg states in her acknowledgements at the end of the novel that her goal is to both educate and entertain the reader, and she accomplishes the latter for sure. Borg is a new author for fans of classic science fiction to watch. Her debut novel is a winner!

Eliza
5.0 out of 5 stars An action movie in book form, with a beautiful natural setting this book is hard to put down
Reviewed in Australia on April 9, 2020
Verified Purchase
Edge of Extinction is an action movie in book form - once I started reading I couldn't put it down! Set on another planet which is natural paradise (save for the weird creatures who live there) I was swept up in the characters lives as they deal with what this planet throws at them. I also learned a few things about our own planet's evolution that I hadn't known before which was kind of cool (and I did a history major... oops). Edge of Extinction just feels like a movie waiting to be made.
Read more
Helpful
Sending feedback...
Thank you for your feedback.
Sorry, we failed to record your vote. Please try again
Report abuse