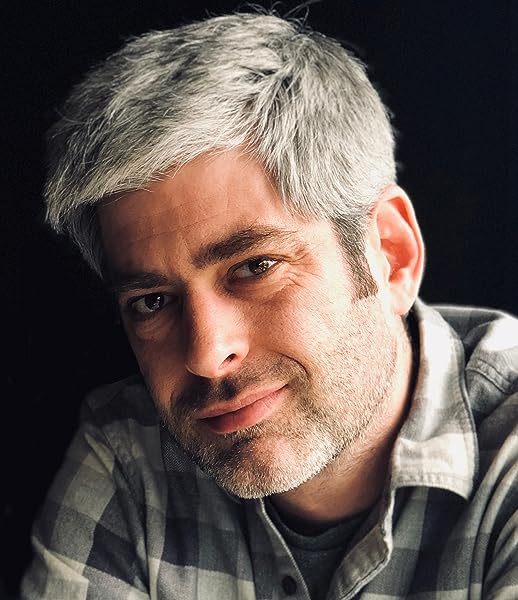 At the Edge of Time: Exploring the Mysteries of Our Universe’s First Seconds (Science Essentials) Hardcover – Illustrated, November 5, 2019

"Hooper's writing style has an almost palpable sense of excitement, which creates an incredibly engaging read as we travel back in time."---Matthew Hodgson, Astronomy Now

"I thoroughly enjoyed reading this book. . . . [At the Edge of Time is] a brief but comprehensive account of the general development of current cosmological knowledge, written by an enthusiastic expert in the field and easy for the layman to follow."---Colin Cooke, The Observatory

"[An] informed introduction to 'the mysteries of our universe’s first seconds'."---Andrew Robinson, Nature

"I found myself getting wonderfully lost in this book, and swapping my usual pre-bedtime read for this. This is not something that has ever happened to me before with a popular science book!. . . I love that the book does not shy away from controversial or tough concepts. . . . This is essential reading for any cosmology enthusiast."---Dr. Laura Nuttall, BBC Sky at Night

"[At the Edge of Time]’s enthusiasm for its subject is contagious. From Einstein’s theories and Edwin Hubble’s discoveries to the Large Hadron Collider, the text presents scientific advancement as an exciting odyssey―if one that is, for the time being, often characterized by questions, to be answered at a future date to the satisfaction of all."---Rebecca Foster, Foreword Reviews

"Hooper takes the reader on a tour of our collective ignorance about the early universe. . . . Science is a messy endeavor, with dead ends and false alarms and backtracking; that can still be an interesting story, and this book succeeds in explaining both what we do know about the universe’s origins and what remains unknown."---Jeff Foust, The Space Review

"Scientists know precious little about what happened when the universe got its start: many cosmologists think space and time underwent an extremely rapid expansion called inflation, yet this theory raises as many questions as it answers. . . . Hooper takes readers on a mind-bending expedition through these questions and shows how they all connect to the beginning."---Clara Moskowitz, Scientific American

"This is definitely a book that will leave you musing on what might be the next big cosmological discovery."---Deb Farkas, California Classroom Science

"If you're mystified and curious about the mysteries of the Universe, including dark matter, dark energy, and cosmic inflation, and want a unique take on all of these puzzles with a peek behind how science-in-action works, you won't want to miss this book."---Ethan Siegel, Forbes

"Beginning with Carl Sagan’s Cosmos in 1980, Big Bang books have become a genre that curious readers should check out every few years to keep up with breakthroughs (gravity waves being the latest). They can’t go wrong with Hooper’s. A lucid account that is neither dumbed down nor overly difficult.", Kirkus, starred review

"What a journey, from the very birth of the universe to its ultimate future. In accessible fashion, Hooper's book does a great job explaining the fundamental laws of physics and showing how they play out in cosmic evolution."―Sean Carroll, author of Something Deeply Hidden: Quantum Worlds and the Emergence of Spacetime

"Where Weinberg’s The First Three Minutes left off, Hooper’s At the Edge of Time picks up. A riveting tour of modern cosmology told by one of its savviest guides, Hooper's book takes us on a journey from our universe’s formerly inscrutable past to mesmerizing possible scenarios in its far future. A fascinating story that is to be savored."―Brian Keating, author of Losing the Nobel Prize: A Story of Cosmology, Ambition, and the Perils of Science's Highest Honor

"A clear and engaging tour of the mysterious birth of our universe, At the Edge of Time will keep you at the edge of your mental seat."―Daniel Whiteson, coauthor of We Have No Idea: A Guide to the Unknown Universe

"At the Edge of Time is a gripping tale of the monumental discoveries and unsolved mysteries in cosmology. Well-written and exciting, Hooper’s book leads us from the early days of Einstein to the puzzles of the modern era, as well as through the author’s own adventures in the search for answers. He lays out these challenges in a way that will inspire a future generation of young scientists."―Katherine Freese, author of The Cosmic Cocktail: Three Parts Dark Matter

"This book convincingly guides readers through some of the hottest topics in modern physics and astronomy: Big Bang theory, dark matter, dark energy, and gravitational waves. Bringing a fresh perspective, Hooper effectively captures the feelings of the community of scientists working to solve the greatest mysteries and demonstrates that a scientific revolution might be around the corner."―Gianfranco Bertone, author of Behind the Scenes of the Universe: From the Higgs to Dark Matter

"At the Edge of Time clearly and cogently lays out our current understanding of the very early universe, and the prospects for future progress. In one particularly exciting section, Hooper describes the process of identifying and studying a candidate dark matter signal from the perspective of its discoverer. This is a fascinating first-hand account of an ongoing scientific debate."―Tracy Robyn Slatyer, Massachusetts Institute of Technology

Dan Hooper is a senior scientist and the head of the Theoretical Astrophysics Group at the Fermi National Accelerator Laboratory and a professor of astronomy and astrophysics at the University of Chicago. He is the author of Dark Cosmos and Nature’s Blueprint (both Smithsonian/Harper Collins). He lives in Oak Park, Illinois. Twitter @DanHooperAstro
Read more