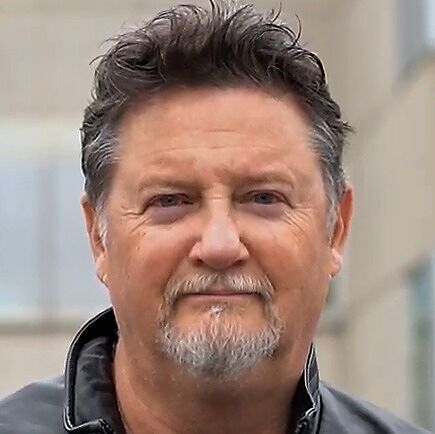 Edmond Gagnon grew up in Windsor, Ontario, where he worked as a police officer for over thirty-one years.

Upon retiring, Ed traveled the world for two years, visiting exotic places in Southeast Asia, Mexico and South America. He rode his Harley Davidson all over Canada and the United States.

Those travels became his muse and Ed wrote his first book called, A Casual Traveler.

Ed also has the Abigail Brown Crime Series, starting with The Moon Mask. The Detroit Homicide Cop, Brown, is introduced by Norm Strom in the last story of Border City Chronicles. Moon Mask is the sequel to Finding Hope.

Ed and his wife Cathryn continue to travel the world and share their adventures, posting reviews on other books, food, movies and travel. The blog is on Edmond Gagnon's website @ www.edmondgagnon.com 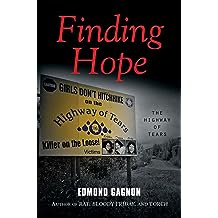 The Highway of Tears is real. Since 1969 there have been over 1,200 women reported missing in north-western Canada. 23 of those women disappeared along the stretch of Trans Canada Highway #16 that runs from Prince George to Prince Rupert, in British Columbia.

Finding Hope is the story of one woman who goes missing after leaving Jasper, on her way home to see her daughter in Stewart, B.C. She is well aware of the notorious Highway of Tears, and the serial killers who use the road as their hunting ground.

Retired Police Detective Norm Strom rides his motorcycle from Calgary to Hyder, Alaska, and meets Hope Lachance in Jasper before she is reported missing. For his own personal reasons, Strom reaches out to the RCMP, offering his help in Finding Hope. 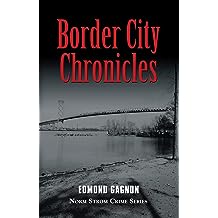 There is no wall separating the United States from Canada. A river marks the border between Detroit Michigan and Windsor Ontario. The bridge and tunnel that link the two cities make up the busiest international crossings in North America. Together, they once owned bragging rights as the automotive capital of the world.

Both known as blue collar municipalities, Detroit and Windsor have more than the production of automobiles in common. Murder. The American metropolis once led the nation in killings per capita. Although a fraction of it's neighbor's size, Windsor has its share of homicides.

Follow Norm Strom, his informants and fellow cops, while they slip into the underbellies of the motor cities to seek justice for their victims of homicide. 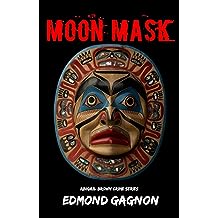 The average number of homicides per year in Detroit is three hundred. The city usually ranks in the top ten of American cities for murders per capita. Recovering from bankruptcy, Detroit's Mayor puts an aggressive plan into action to clean up the city and tear down vacant and derelict properties. Demolition crews undertaking the arduous task, discover the the mummified remains of women's bodies in abandoned houses.

Under-staffed and overtaxed homicide investigators attempt to identify the victims and track down the heinous killer who's responsible. Pressure from the media and the Mayor's office only intensifies when even more bodies are found in the Detroit River. Police are faced with the possibility there is a serial killer preying on women in their city.

Major Case Detective Abigail Brown is called in to lead what becomes the Land & Sea task force. Investigators from various Detroit Police units, as well as the Michigan State Police combine their efforts to appease the public and politicians, and to get a dangerous killer off the street.

Retired Windsor Police Detective Norm Strom and his sidekick, David (Two Snakes) Greene are at it again, this time searching the City of Detroit for to two missing women. They ask Abigail Brown for help and end up involved in the hunt for a serial killer. This story is the sequel to Finding Hope, The Highway of Tears. 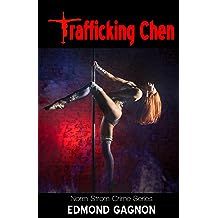 Human Trafficking has affected countries across the world for centuries, and continues to do so today. There are countless victims.

Trafficking Chen is the heartfelt story of one victim, Chen, a young Chinese girl taken from her family home in settlement of her father's outstanding gambling debt. Forced into slave labor by a powerful Chinese Triad, she becomes a servant to the rich.

Chen comes of age, and must serve using her own body to satisfy her master's sexual appetite. She becomes a prostitute and is shuffled around her own country. Eventually the Triad ships her and others like her, overseas, to Canada. There she is sexually exploited and put to work as an exotic dancer in their chain of strip clubs.

Street Crimes Detective Norm Strom mostly investigates property-related crime, but he receives a tip from a confidential informant about illegal Asian women dancing at a local club. While trying to handle his personal issues, Strom joins a task force investigating possible human trafficking in his city. 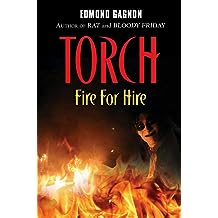 Arson detective Norm Strom is always one step behind a serial arsonist who is responsible for torching several buildings in the city. He tracks down known arsonist Johnny Eagle and turns him into his informant, hoping to use one torch to catch another.

Eagle tells all, revealing the pleasure and satisfaction that he gets from setting and watching a raging inferno. Detective Strom relies on Eagle and his other informants to help him discover the true identity of the serial arsonist. To keep the cops off his back, Johnny Eagle rats on his own friends. Is he playing with fire on both sides of the fence?

Detective Strom and Johnny Eagle each tell their own version of the story, putting the reader right in the middle of a dangerous game of cat and rat. 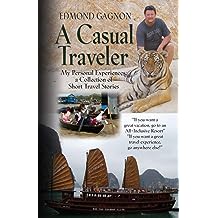 A collection of short stories and poems that chronicle Edmond Gagnon's adventures and misadventures around the world. Let him take you to exotic countries in Southeast Asia and Central of South America, to explore great cities like Buenos Aires or Seattle, and ancient sites like Angkor Wat or Machu Picchu.

He'll introduce you to interesting people from around the globe, and share  culinary experiences with strange and gourmet food. Sail with him on a wooden Junk boat in HaLong Bay. Take an exhilarating motorcycle ride across the country or to the top of Pikes Peak in the Rocky Mountains.

Get off the beaten path, he dares you. Follow Edmond Gagnon to places that you have only dreamed of. Take a trip with A Casual Traveler. 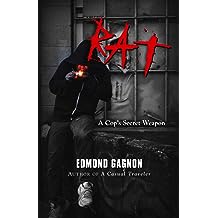 Rat is the street name for a confidential police informant. Police Officer Norm Strom had several and counted on them for important information in narcotics and criminal investigations.

Stories about these individuals give an insight as to who there are, where they come from, and the dangers they face helping the police. People snitch for a variety of reasons, and receive cash or consideration for their own criminal charges in return. Some become police agents under contract.

Rat takes you into the underbelly of society, where drug dealers, prostitutes, and murders ply their trade. It also gives an insight to the men and women who hunt them for a living. Follow Norm Strom's storied career and learn how he used his arsenal of informants to fight crime. 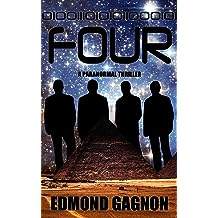 While sitting around a campfire at their cottage in Northern Michigan, Kevin Jordan and his son, Timothy, witness strange happenings in the starry sky. Timothy is introduced to friends of his father; three men, each from a different corner of the world. Throughout the night he learns how unexplained events in their lives brought them all together.
The young man is skeptical of their fantastic stories and unique adventures. But when extraordinary things begin to happen on his own familiar shoreline, he must reconsider his thinking. Four is a paranormal thriller that will have you questioning your own beliefs. 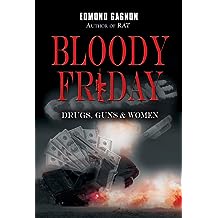 Best Friends Patrick Kelly and Jimmy Flynn, from Belfast, share a common dream of a better life beyond the borders of their small island. In his quest to see the world, Patrick Kelly joins the military. He's sent to VietNam to fight the spread of communism. Jimmy Flynn is mad at the world and he joins the IRA. He fights a war against his own countrymen, in the name of religion.
Norm Strom joins one of the largest street gangs in the world, becoming a city cop. He learns the true value of police informants in his fight against crime.
The story begins on Bloody Friday, in Belfast, Ireland, and follows the characters to places like the jungle in Cambodia, and cities like Boston, Detroit, Toronto, and Windsor. Their personal lives and relationships unfold and intersect with each other, both in love and war. Women, drugs, and guns are the common denominator that eventually draws them all together for a fatal reunion. In their individual endeavors to either fight crime, or profit from it, one of them will have to pay the ultimate price.