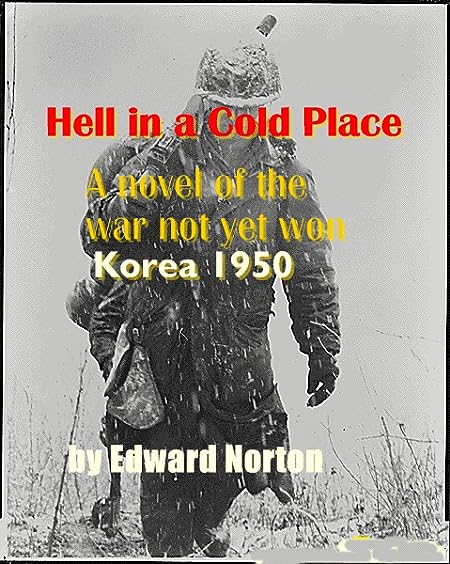 Edward C. Norton, author of more than 10 novels, was an award-winning reporter/editor in New Jersey and New York. He was named a Nieman Fellow at Harvard University.

Norton left daily journalism to write about public affairs and business issues for Mobil Corporation in op-ed ads in Time, The New York Times and Reader’s Digest. He retired as communications manager from Hoechst Celanese Corporation.

As a free lance, Norton has had articles published in various magazines, including New York. and the first daily internet newspaper on Cape Cod. His novel, Station Breaks , was published by Dell [1986] and The House: 1916, [1999] was also published by RavensYard. His novels have been published in hard cover under pen names, such as Adrian Manning, Lane Carlson, West Straits and Ted Neachtain and now all are available on Amazon Kindle as Edward Norton.

Norton lives on Cape Cod. He can be reached at ecnorton@cape.com

Where to buy in print

Hell in a Cold Place by Edward Norton

The Korean War in 1950 surprised Americans, none more so than the WWII U.S. Marine reservists recalled to duty. One finds himself in combat at a Marine camp called Hagaru by the Chosin Reservoir. His escape with a woman correspondent from a cold death and the confusion in high authority help explain why this war has never ended.

A fire at a shore resort provides the spark for this arson investigation by a former FBI agent. The burned property also turns up old bones and corporate pressure to settle a multi-million policy in a hurry. Unearthed with the arson is a family tragedy.

War! In the 1890 streets between publishers. War!Between Spain and the U.S. after the USS Maine blew up. War! Between a young reporter and a music-hall beauty. Yellow journalism was coined as the century turned. The reporter falls on a Cuban hillside. The beauty, chased by magnates, falls victim to her own lethal drives. It's 1898-a time like our own-dangerous.

The Man Who Saved the American Revolution by Edward Norton

A little known American Revolutionary War general saved the rebel cause not once, but three times. General John Glover and his Marblehead mariners predate the U.S. Marines, and these soldier-sailors saved General Washington from certain defeat on Long Island, Pell's Point and Trenton. Glover sacrificed family and fortune to the Revolution.

The movie had been on TV for years. No one cared until it became a "classic," and now it's the rage, with restaurants named for it. It was made in black/white and resulted in a murder, Living participants meet in LA and relive the movie no one paid attention to at the time.

When movies were first shown in boxes and on sheets, they were known as "flickers." For 30 years the movies were silent. A newsreel camerman made the first sound-on-film movie, one of the anonymous cameramen who brought reality to the movie palaces. Sound brought a revolution to Hollywood, and changed the way we see and hear in today's communications revolutions.

Bluewater Bride--The Voyage of the Halcyon by Edward Norton

For some decades of the 19th Century New Bedford, Massachusetts, was among the wealthiest places in the United States. Prosperity was based on whaling--oil for the nation's lamps, and exotic products as perfume base,and stays for Victorian-Age corsets. It was an industry that pitted strong men against huge mammals of the sea. Some women went awhaling, as the "best mate," such as this saga.

Lost in the Fogg by Edward Norton

Lost In The Fogg begins with the theft of the Irish crown jewels at Dublin Castle early in the last century, and moves to a seemingly inexplicable theft of a religious statue from the 80,000-piece art collection in the Fogg Museum at Harvard. The caper involves a kidnaping and moves from 1907 to the present, with implications for the highest levels of the UK government.

It's 1933. The nation is in Depression. Prohibition is skidding to an end. A New York City lawyer, takes a "collection" assignment on Cape Cod. He's either to find a missing shipment of scotch, or to collect its worth from the locals who for years have paid bills with nighttime work. The lawyer finds a lost love and a couple of young summer actors, and a new President.

Americans change houses regularly without really knowing the sellers or the buyers. The House: 1916 tells the tale of one house and its inhabitants over the 20th Century. The house is in New Jersey, but it could be in any town in the U.S. Under this one roof are many stories.

The time is April 1865 and the place is North Carolina at the end of the Civil War. The heroines are two 12-year old girls: one a white farm girl; and the other a former slave, both on a journey to find the white girl's father, a Confederate soldier with Lee's Army of Northern Virginia. The two girls set off on their journey when the white girl's mother falls ill. 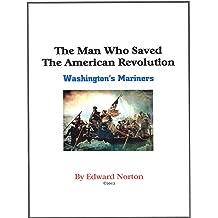 THE MAN WHO SAVED THE AMERICAN REVOLUTION May 29, 2012
by Edward Norton
( 3 )
$2.99
A brigade of Massachusetts mariners under the command of General John Glover saved George Washington’s Continental Army from certain defeat at the battles of Long Island, Pell’s Point, and Trenton by their training at sea, and their general’s attack tactics.

At any one battle, failure would have meant the surrender of the American army and the collapse of the Revolution. General Glover is remembered today in his home town and with a statue in Boston, but little acknowledged elsewhere in the nation as the savior of the American cause.
Read more 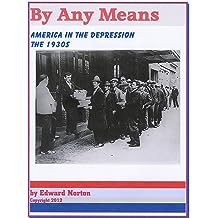 By Any Means Oct 11, 2012
by Edward Norton
$1.99
It's 1933-34, America has sunk into Depression. A young out-of-work lawyer goes to Washington for his last chance. He finds it with President Roosevelt, who recognizes a fellow who can solve problems, such as a deal to import liquor, fix Wall Street and save Joseph P. Kennedy from a kidnapping or worse. The nation and the novel's hero have hit bottom, and both FDR and the hero will try any means necessary to fix matters.
Read more 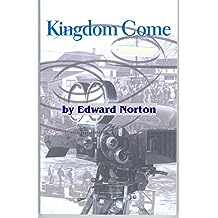 Kingdom Come Jun 19, 2010
by Edward Norton
$1.99
The film was in black and white. It had been on late-night Tv for years before it grew to cult status. Then a Hollywood festival is organized to honor the men and women who made the gritty movie from another time. The festival brings back more of the past than anyone expects. "Kingdom Come" is the movie business from the inside, and a mystery without the tinsel.
Read more 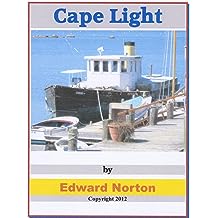 CAPE LIGHT Jun 10, 2010
by Edward Norton
( 2 )
$1.99
It's 1933. Tough times. Prohibition is skidding to an end. A Tammany lawyer takes a collection assignment on Cape Cod--either find a missing Scotch shipment or collect its worth from the hard-pressed locals who moved it over the beach. It's 1933 and the FDR administration wants Prohibition ended. The nation wants a drink. The Bootleggers want their money. Add to this fictional cocktail the real actors who played summer stock in 1933 and it's a tough tale for our present tough times.
Read more 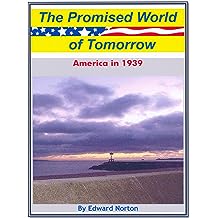 The Promised World of Tomorrow--A Novel of 1939 Jan 27, 2013
by Edward Norton
( 1 )
$1.99
The year 1939 began with a peaceful future forecast at the New York World's Fair and ended with a world at war. America hoped for a better tomorrow and found it was ill prepared for a war. The hero, a Treasury agent, and confidant of President Roosevelt, gets a mission from FDR to coordinate with, and learn from British intelligence, and apply the lessons in Cuba, a nearly fatal assignment.
Read more 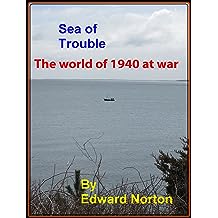 Sea of Trouble--The World of 1940 at War (America--from Depression to war Book 4) Oct 9, 2013
by Edward Norton
$1.99
It's 1940, Europe is at war. America by order of President Roosevelt is neutral if only because the nation is unprepared for war on any front, especially in national intelligence. FDR secretly orders Bill Donovan and Treasury official Myles Finucane, the President's long standing "fixer," to survey Europe for the nation's needs, with particular attention to help from British intelligence. The pair meet German military chief, Admiral Canaris, whose assistance is needed to get a couple out of Nazi Germany. The Americans find themselves part of a shadow contest between the Abwehr and the Nazi SD that ends in gunfire on a Hollywood street.
Read more 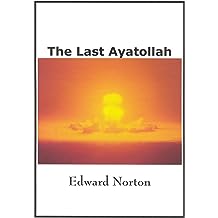 The Last Ayatollah Jan 25, 2015
by Edward Norton
( 1 )
$2.99
Today’s American intelligence community, starting with the Central Intelligence Agency, was formed from the brass knuckle, all- rules-waived OSS of World War II. The post-war CIA intelligence successes in the Cold War remain mostly secret. Today intelligence failures make headlines. “The Last Ayatollah” takes today’s reader inside the intelligence bureaucracies of three nations, and recounts the adventures of a CIA case officer caught in a web of espionage involving a regime change in Iran, a nation for decades with an ideology at war with the West.
Read more 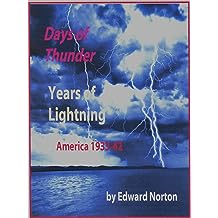 Days of Thunder Years of Lightning: America 1933-42 Jun 16, 2014
by Edward Norton
$9.99
Days of Thunder, Years of Lightning is an anthology of novels published in recent years about the life and adventures of a fictional hero in the historical context of America in the Depression 1930s and the slide of the nation to global war. While many of the events and characters are historical, some are fiction for the narration.
Read more 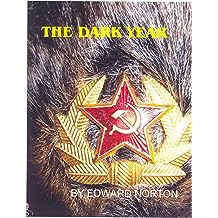 The Dark Year Apr 20, 2014
by Edward Norton
( 1 )
$1.99
America was plunged into World War II in 1942, with Axis enemies to the East and West. The year began with losses at Pearl Harbor, the Philippines and U.S. shipping in the Atlantic. Treasury official and Navy reservist Myles Finucane was still on call as President Roosevelt’s agent for secret undercover missions. This bleak year takes Finucane to Brazil with a Hollywood star, a trip nearly fatal. Finucane is later drafted by the OSS he helped organize for a dubious overseas operation that does not go as planned. Into this wartime mix are a cabal of American officials whose ideology made them spies for the USSR, and an Axis official who believed in the traditional rules of war at a time when fanatics ruled.
Read more 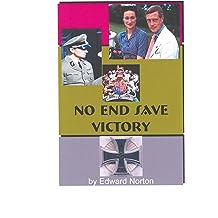 No End Save Victory Dec 6, 2013
by Edward Norton
( 2 )
$1.99
Europe is at war and the outcome is not certain. President Roosevelt has to balance a nation against war with the defense needs of the nation. Assistant Secretary of the Treasury Myles Finucane is recuperating from an assassination attempt when FDR calls on him for another sensitive project--security for the exiled Duke and Duchess of Windsor in The Bahamas. Finucane's war starts early.
Read more 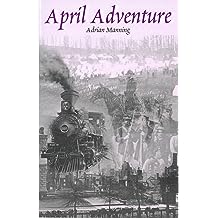 April Adventure Sep 12, 2012
by Edward Norton
$1.99
A novel for young readers, April Adventure takes place in April 1865 at the end of the Civil War. Two 12-year-old girls, one white, the other a former slave, are both on a journey--one to find her father, the other to find freedom. On their journey through the lines the girls find themselves on the final battlefield of the war.
Read more 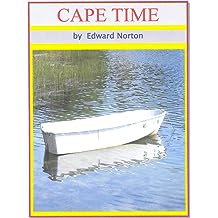 CAPE TIME (CAPE CRIME Book 4) Aug 11, 2012
by EDWARD NORTON
$1.99
A high-end Cape Cod summer resort is the scene of a fire and explosion that draws an insurance investigator to a popular small town on the water. Soon he is involved in the search for a missing child and a murder.Beach sand covers more than the town tensions in this novel of an internationally known vacationlamd. Cape Time is the third novel in the series. Cape Light and Old Gold are prequels by author Edward Norton.
Read more