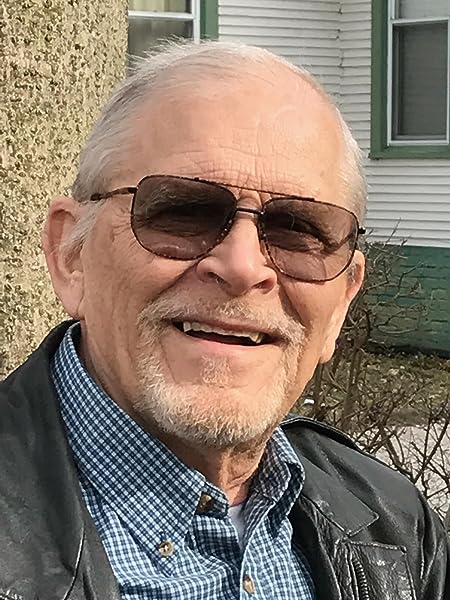 A distinguished actor, a graduate of the Pasadena Playhouse, fencing champion and master of the sabre and epee, Author Edward Easton has been published a total-to date-of four times, His novels are "The Wooden Sword", a novel of Ancient Rome's Ludi Magni and it's relationship with the Holy Land. First published in 1970 by a subsidiary of McFadden and now available in a revised version as an E-book on Kindle as well as a paperback through the Amazon Kindle Select program and also as an audiobook through ACX (Audible)

Two more in a series culled from Manor Books' Time Past Editions, "The Miscast Gentleman" which actually began that Imprint) and "The Pirate of Hitchfield". The latter two are also now available as paperbacks through Amazon's Kindle Select program. The Pirate of Hitchfield has also debuted recently as an audiobook.

The Miscast Gentleman as an audiobook must wait until the right combination of English and Spanish dialects can be assembled along with a proper musical score.

Easton, also knowledgeable in the field of antique black powder weapons, including Civil War era cap and ball rifles and pistols, also recently published on Kindle an E-book and a paperback titled "Dude", a fish out-of-water tale of a Mississippi Riverboat gambler trying his luck on the Western frontier--and not having much of it. A gentleman of the Old School, the gambler's sensibilities are so continually assaulted and offended he is forced to become highly skilled as a gunfighter simply to stay alive.

He meets an illiterate Prairie Circe who teaches him a lot about the meaning of life and love on the mining frontier of Old Colorado. Metaphorically, and literally, he learns the difference between "fool's gold" and real pay-dirt in a "Glory Hole". "Dude" is now also an audiobook and currently available on Audible.com. In fact, three of Ed's novels are now available as audio books through Audible.com.

Two of Easton's plays were produced in New York City at the American Theatre of Actors, one of which was "Legend of the Sword" starring Jose Ferrer as the "Narrator", (the definitive "Cyrano de Bergerac" for three generations. Ferrer first won a Tony award in that role for the Broadway production, then an Oscar for the Movie, then an Emmy for a color television production some years later.)

Mr. Easton enjoys the research as well as writing and hopes to come out with more stories soon. In the meantime, he hopes that if you have liked any of his works you might be kind enough to post a brief review of the particular book 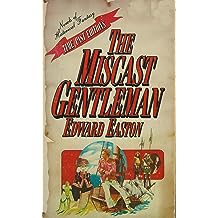 The Miscast Gentleman: A New York Yankee at Queen Eizabeth's Court... Mar 3, 2016
by Edward Easton
( 1 )
$3.99
For John Lincoln the past becomes the present and the present is the future. The year is 2016 and his Caribbean vacation goes terribly awry. On a tour of El Morro Castle in old San Juan, Puerto Rico, John's curiosity leads him to temporarily separate himself from the tour to investigate the castle's lower regions on his own – something he has been told not to do – upon resurfacing onto the main courtyard he finds himself surrounded by sixteenth century morioned soldiers armed with pikes and halberds, in the year of our Lord 1595! As an "inglesse" appearing from nowhere he is accused of being a spy for "El Draque" whose attack is imminently expected and been prepared for. The adventure begins. He meet Sir Francis Drake, Sir Walter Raleigh, the Earls of Essex and Southhampton,Shakespeare, and Elizabeth I.
he even invents the match. Lincoln learns the art of survival in an age that was more brutal and heartless than our own. Human life was cheap and torture a public spectacle for an afternoon's diversion.
John Lincoln manages to survive – but just barely… Through no fault of his own he becomes the most hated man in England. His adventures might prove that our lives are indeed the stuff that dreams are made of…
Read more 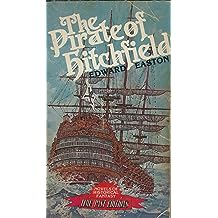 I was in him like a wolf, my reason vanished, and before he could recover I rained savage blows on his face with the butt end of the pistol. Again and again I hit him – until his face turned into hamburger and he ceased moving entirely, and still I struck! Finally, bloodlust was satisfied and my arms turned leaden. I just hadn't the strength to lift the heavy, cumbersome weapon another time. I let it clatter to the floor with a dull thud beside my knee and gazed upon my handiwork. The face before me was unrecognizable pulp, just as my own now began to feel.
There was a clamor at the cabin door – the sound of men trying to break it in. Had Travis locked it? Must have. I heard the hinges give way with a splintering crash. I was too tired even to turn my head. But I heard angry voices – was that Jenks' voice ringing out above the rest?
"Gor Blimey! Mad Tom hath again 'is wits!"
Read more
Other Formats: Audible Audiobook , Paperback 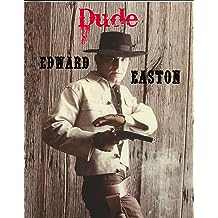 Dude Aug 9, 2015
by Edward Easton
( 4 )
$2.99
The high-stepping mare balked, tossing a proud but weary head and whinnied a protest as the dust covered gambler stood high in his stirrups and surveyed the forbidding terrain in front of him. A hundred miles..... Maybe more, he thought. A burned and blasted desert.... Filled with hostiles, and no water but what he carried in the two canteens slung over his saddle horn. A wide open inside straight if ever there was one, he cursed angrily, knowing there was no choice but to draw to it despite the odds. Not more than an hour behind him were nine, maybe ten, hired guns.
The gambler gritted his teeth and roweled the lathered flanks of the mare. She reared at this latest outrage, plunged, and then resigned herself to the rider's choice.. Gingerly, hesitantly, she stepped out onto the rocky, splintered surface. Wes Farley knew the mare was trying to warn him that death waited for both of them out there under that blistering sun.
If Wes prided himself on being a gentleman, despite his disheveled finery, he was also aware that the mare considered herself a lady, and not used to the treatment she'd received over the past few days. She was a creature that thrived on pampering, and bred for speed and beauty. Wes suppressed with difficulty a natural feeling of guilt for pushing her so hard. While nothing might catch her over the short-haul, almost anything on four legs could outdistance her in time.... And that was a commodity Wes Farley was critically short of.
A week now they had been dogging him.... Ever since Central City and the game...
Read more
Other Formats: Audible Audiobook , Paperback