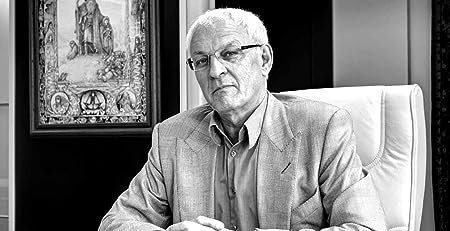 What is most striking about meeting Dr. Edward Schellhammer beyond his pleasant and polite manner; youthful disposition or passionate and sincere views on humanity and the planet, is his unshakable conviction that the world needs a new pioneering education.

But exactly who is Dr. Edward Schellhammer? Is he a Philosopher, an expert on Human Matters, a Psychologist, a prolific author of over 30 titles from psychology to politics and economics, an educator, or a visionary with a profound and beneficial insight into the human condition?

The answer is that he is all that and more. In different age he would have been called a polymath, and probably kept close company with those giants of The Age of Enlightenment, like his fellow countryman Jean Jacques Rousseau, Thomas Payne and perhaps even Thomas Jefferson.

For, it is exactly this gift of enlightenment that Dr. Schellhammer wants to give humanity.

He reveals: “My studies, global travels, professional experiences and extensive study and research since 1970 have given me a clear and unique insight into humanity, human evolution, spirituality, education, cultures, needs, values, standards and our purpose in life like no other!”

Pausing to add: “Humanity hasn’t even begun to discover what the true path of human life on earth is fundamentally good and right for”.

Born and educated in Switzerland he has lived in Paris, South of France, London, Kiel, Detroit, and Mexico, before settling in Marbella, Spain, some 27 years ago.

He studied Education, Psychology, Psychoanalysis, and Philosophy. He was a lecturer at the University of Zurich as well as other institutions, and as a member of international workshops he dedicated his ample energy to futurology, future perspectives of humanity, peace and disarmament, development of education in Latin America and key global issues in general, concentrating on developing a new understanding of politics and economics for the future. His findings are indispensable for all those who value life, love, and justice.

He places great emphasis on Dream Theory a subject that he has researched for most of his life and passionately believes in, declaring that some 35 years ago he had a dream that told him to solve the mystery of man and human evolution. Stating categorically: “My initial reaction was, this is an impossible task!” and then quickly adds with equal conviction: “But today, I think, no, I know, that I have discovered all the fundamental components that explain the mystery of man and human evolution.”

With his professional background he has written many books spanning: Individuation (holistic personal development), Dream Theory and Interpretation, Problem Solving, The Individual and Collective Unconscious, Love and Relationships, The Archetypes of Man, The Future of Humanity, Global Human Education, New Philosophical Anthropology, Didactics in Teaching and Counseling and Coaching.

All inner processes – psychical, spiritual and practical – to find and live the (archetypal) codes of human evolution are well documented like never before in the history of mankind. Everything that you need to learn is elaborated in his books.

Dr. Edward Schellhammer has unveiled the mystery of mankind, the psychological-spiritual and archetypal codes of human evolution. It has taken 35 years to understand humans, the divine and factual human evolution, the mendacious aims of politics, economy, public education, religion, spirituality, and the state of humanity and the world, in order to offer you today the eternally valid concept (codes) of the Archetypal Human Evolution.

During the last 35 years he had around 14,000 dreams about the state and development of humanity, the world and the planet. Countless dreams have shown him everything of fundamental relevance for humanity’s future and evolution.

During the same period he also had estimated 3,000 dreams about the genuine archetypal evolution of mankind, the state and potentials of the mind and of the world population, the ‘other world’ and God. He has been in my dreams in the ‘other world’, in the divine paradise, and he has experienced the ‘Union with God’ as well as many more archetypal processes. He profoundly elaborated all this; estimated 80,000 hours of explorations and analysis in total.

Dr. Edward Schellhammer says: “The never before achieved most advanced psychological, spiritual, archetypal, educational and practical concept, the Philosophical Anthropology of the Archetypal Human Evolution, is prepared and can lead humanity to hope, peace, justice, balance, truthfulness, and fulfillment.”

Like the man himself his books are not for the faint hearted with challenging, pioneering and vanguard content and new ways of thinking that covers shaping of the mind, personal development, human values, human evolution, life, business, politics, economy, society, education, and religion – for everybody that is searching for the truth and for a fundamental personal fulfillment. Reading his books is pure adventure for the mind.

After decades of extensive explorations, research, analysis, writing and sometimes personal retreat, Dr. Edward Schellhammer is now at the disposal of discerning individuals and institutions wishing to pursue prepared and tailor-made programs of evolutionary further education. 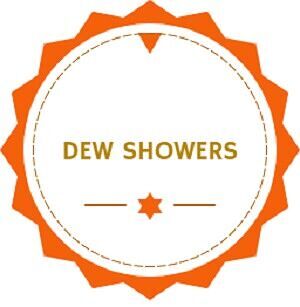 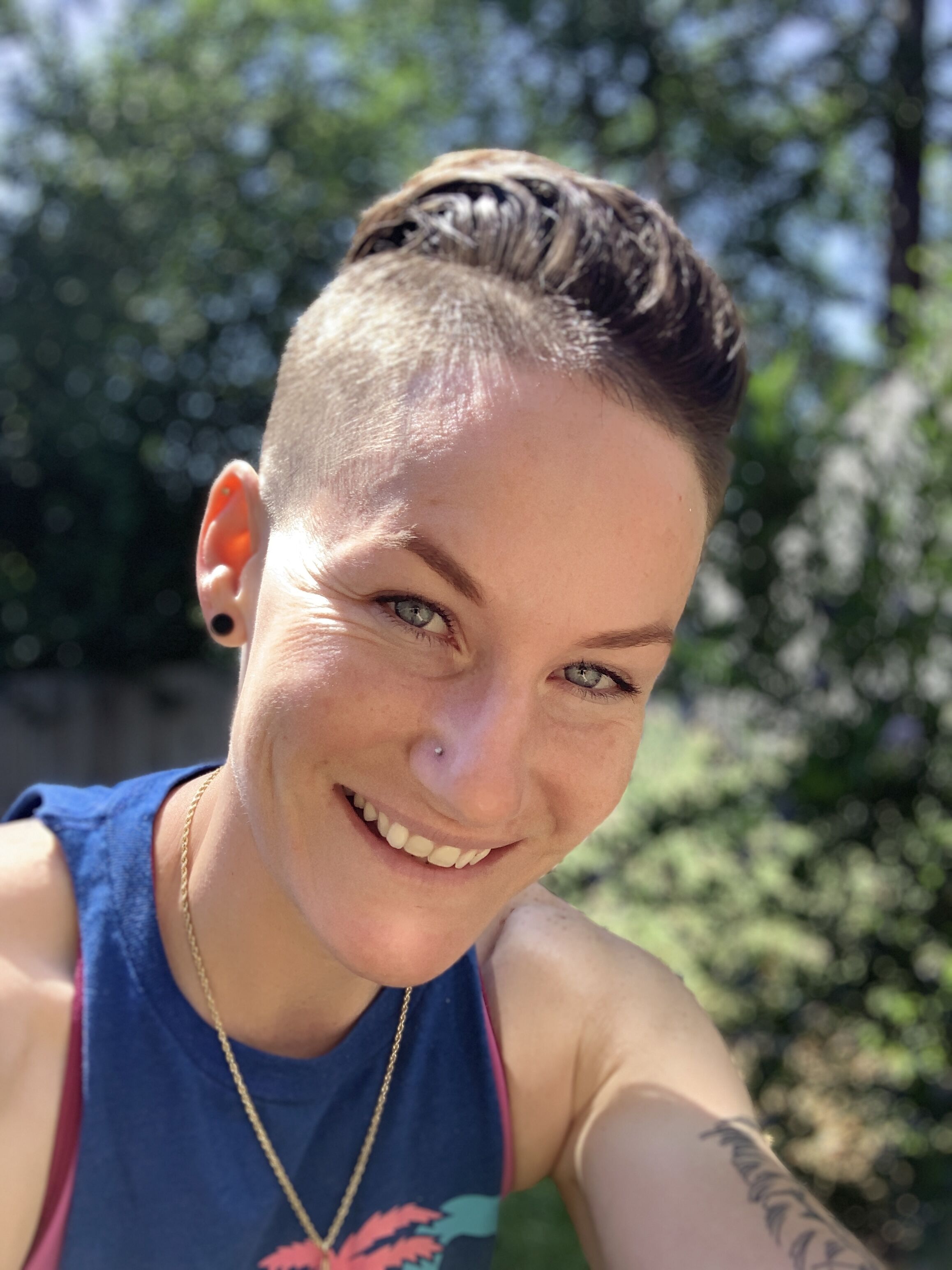 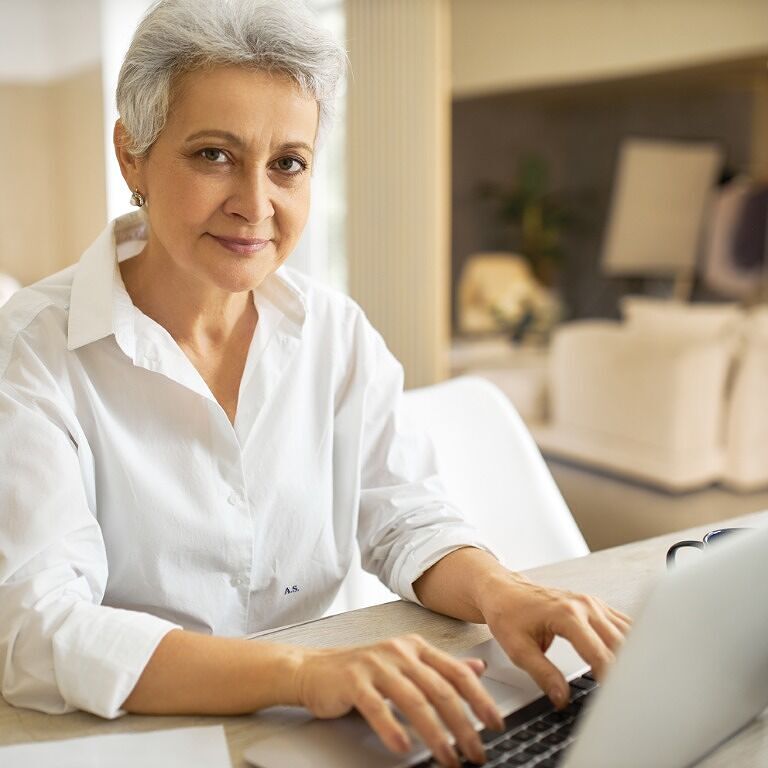 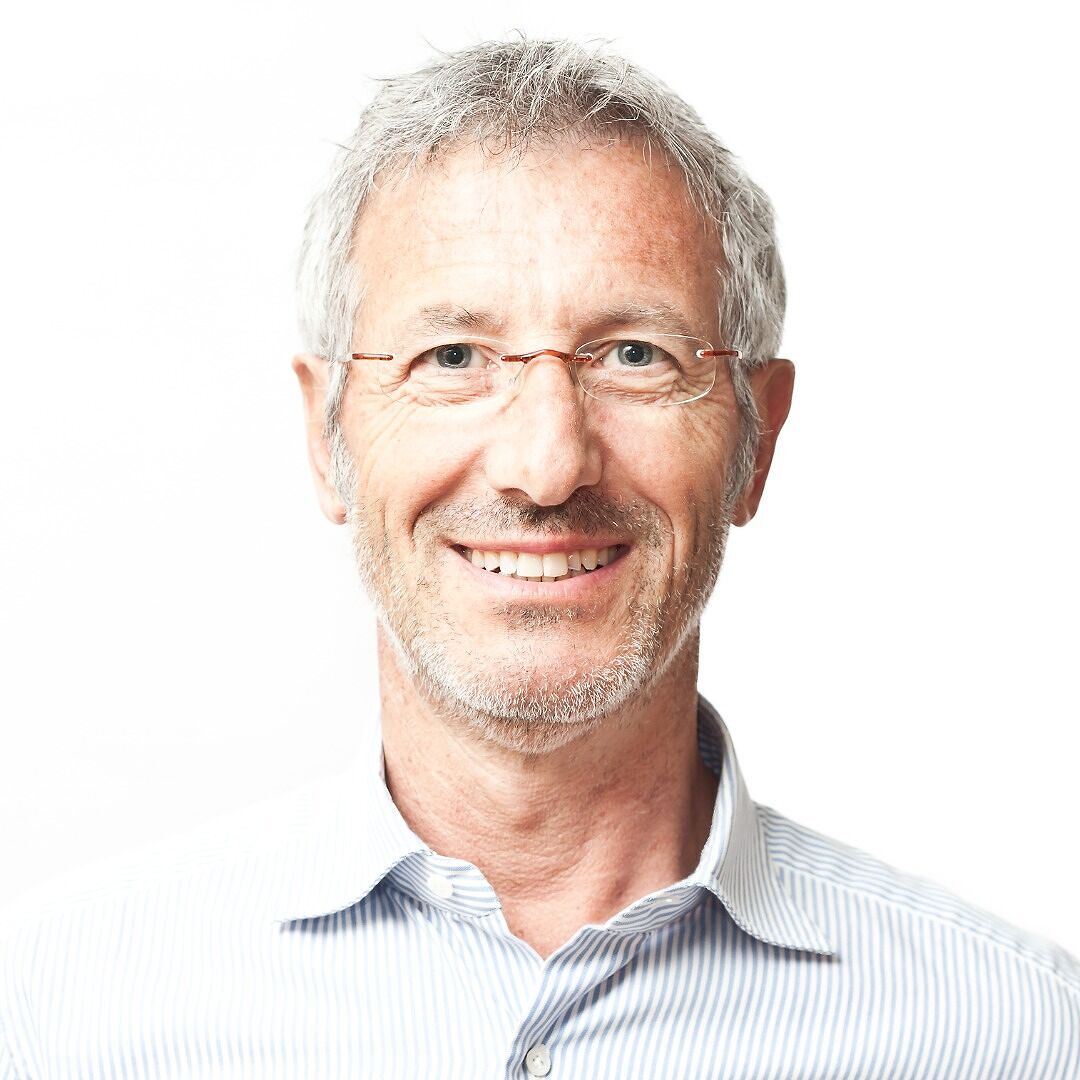 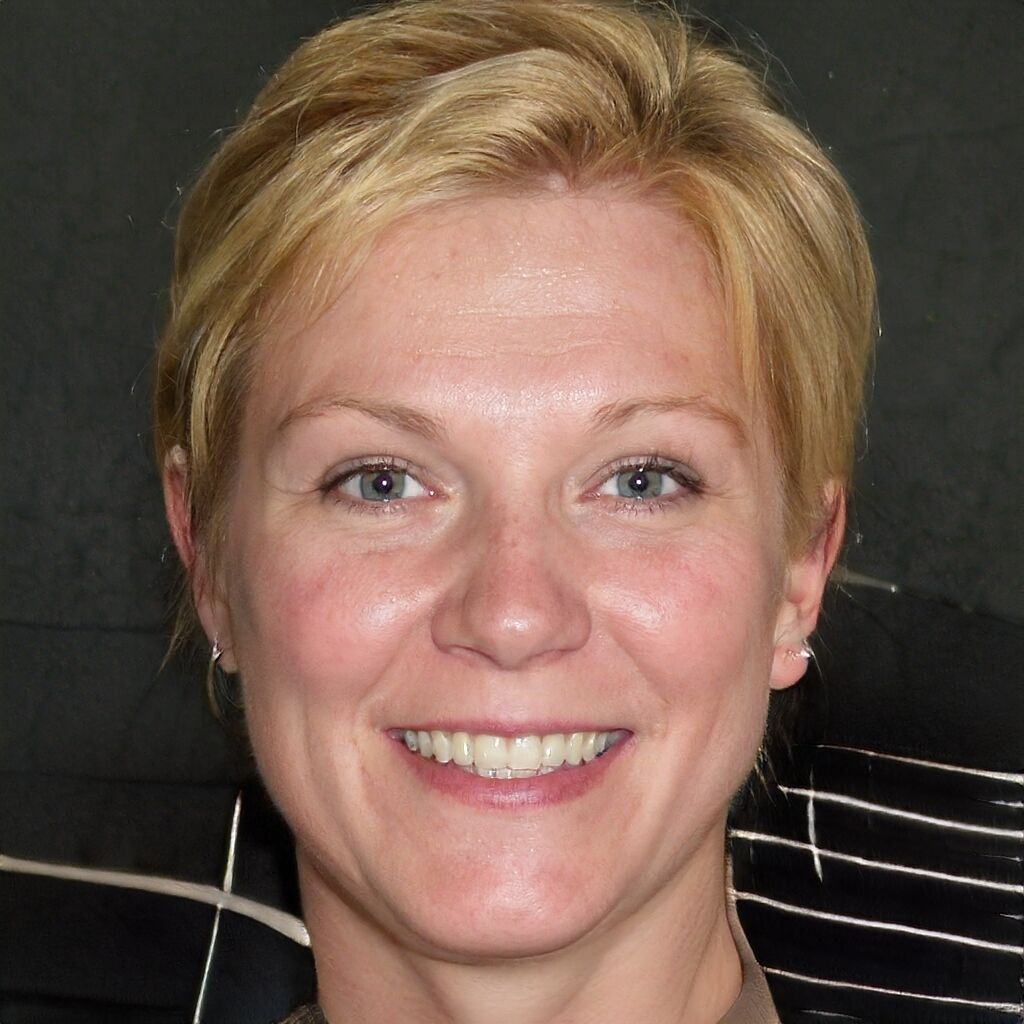 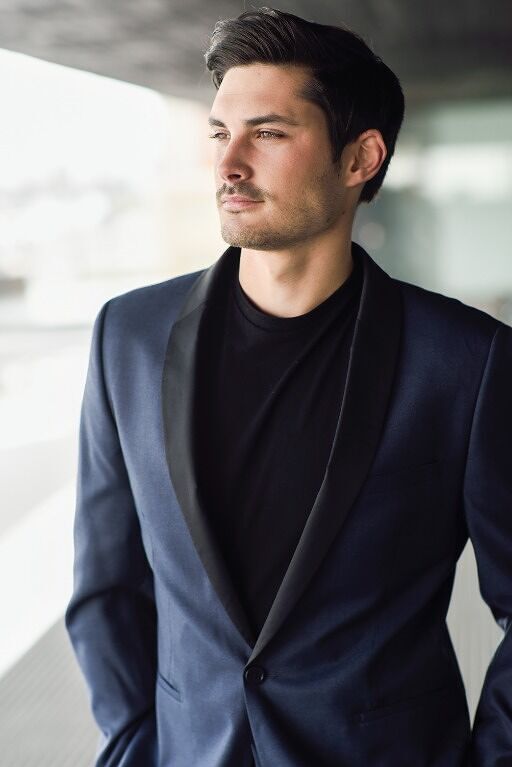 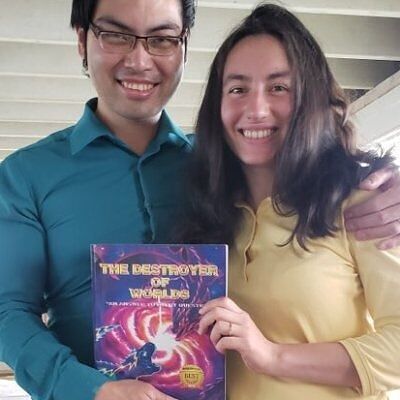 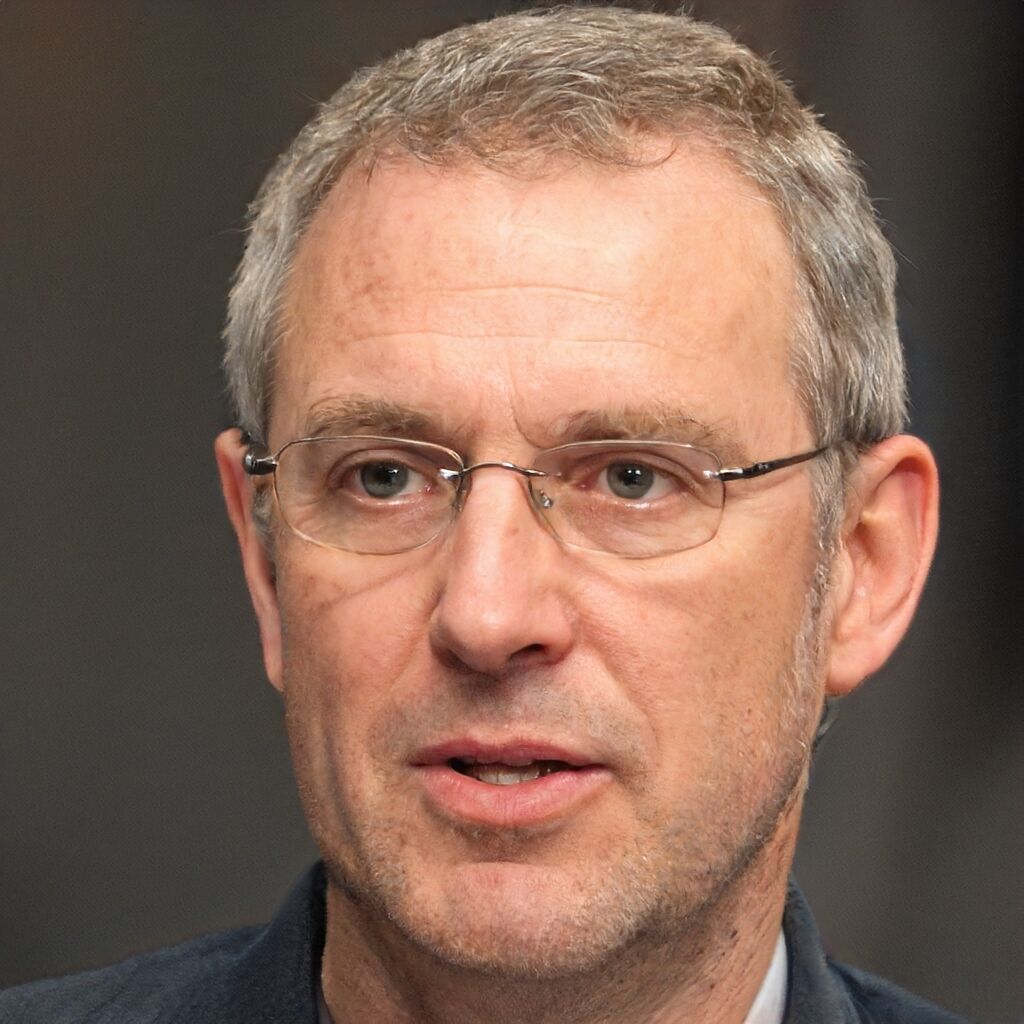 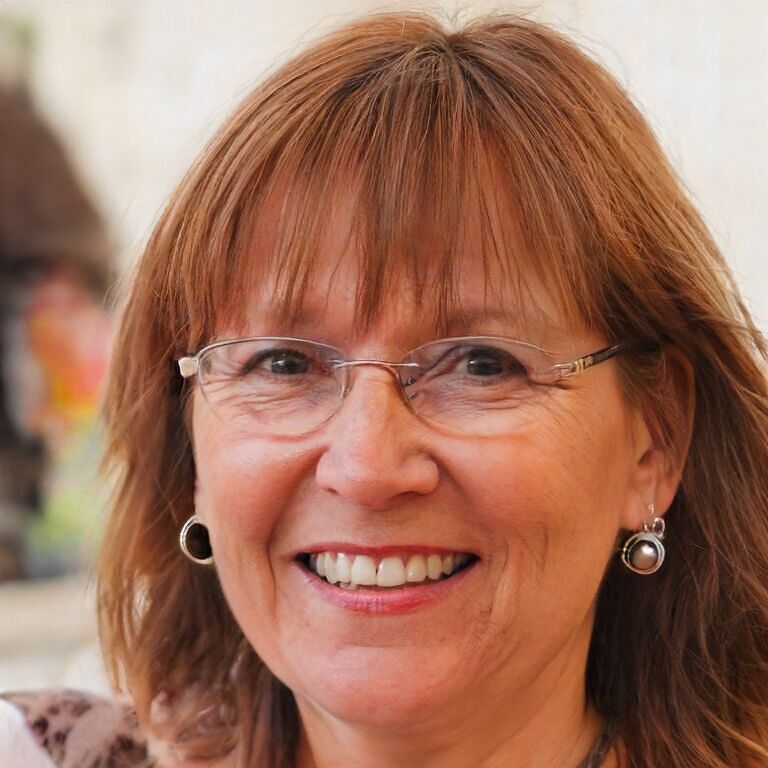 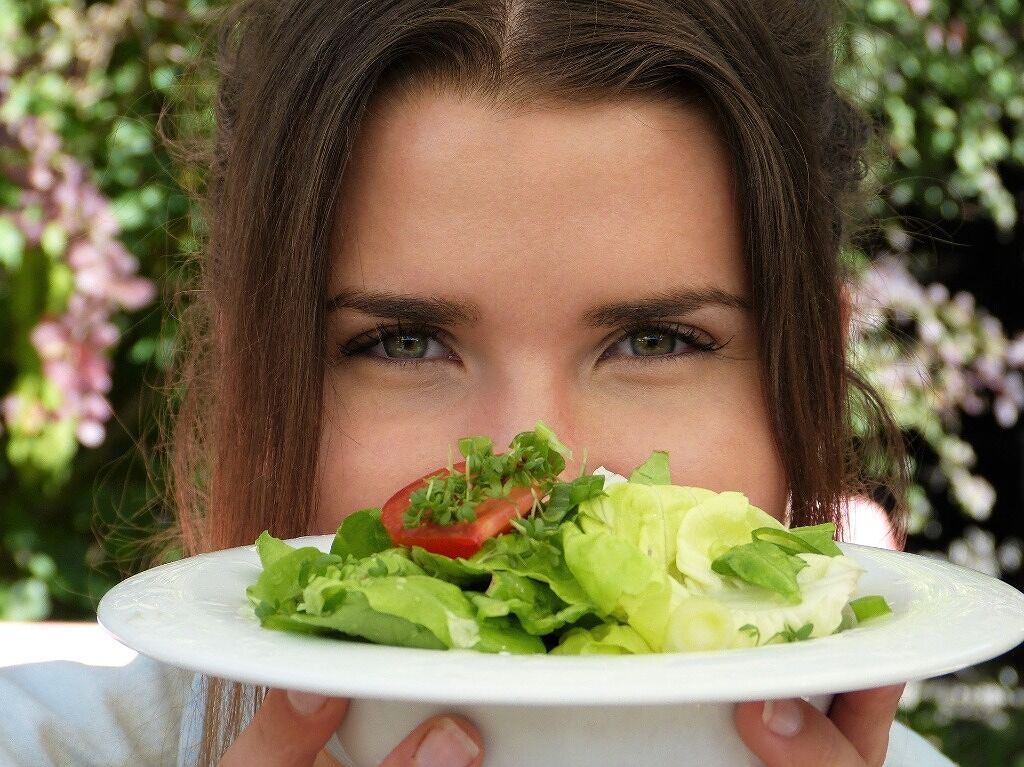 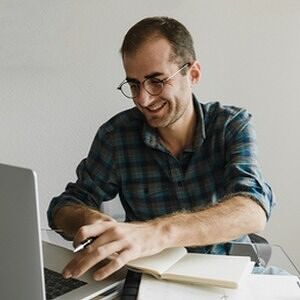 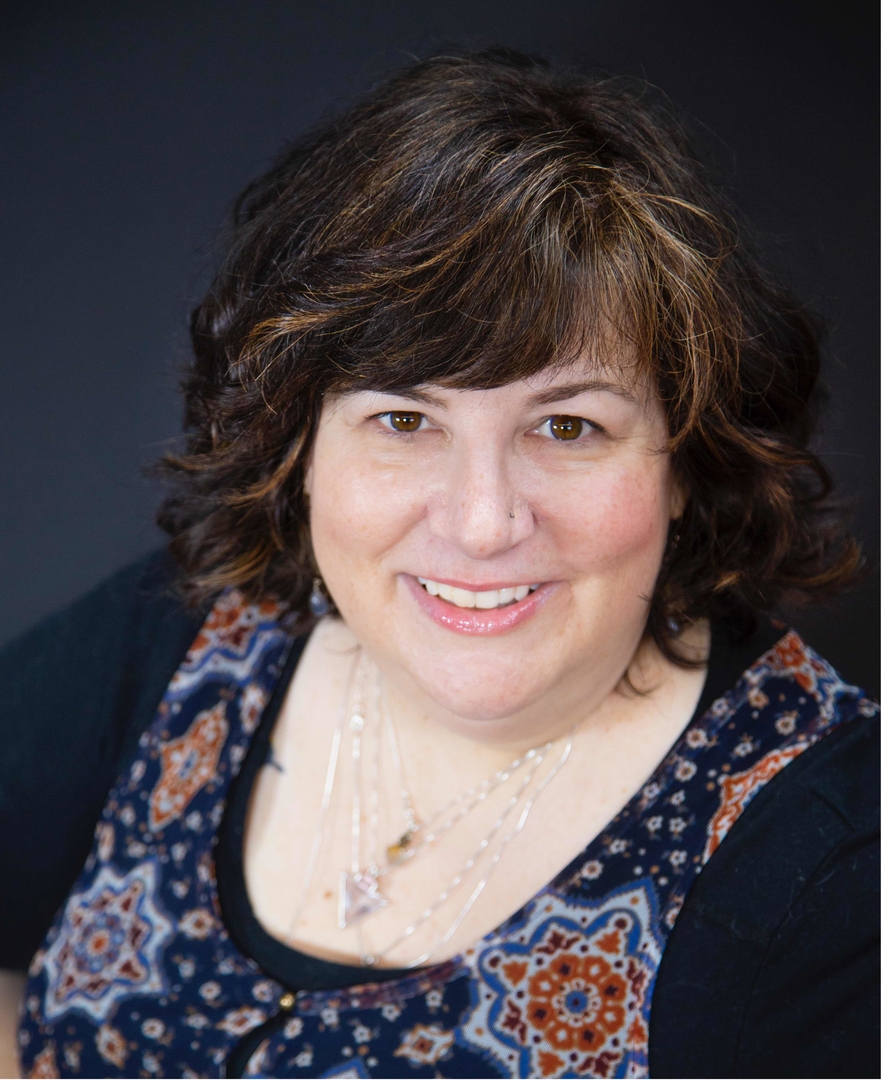 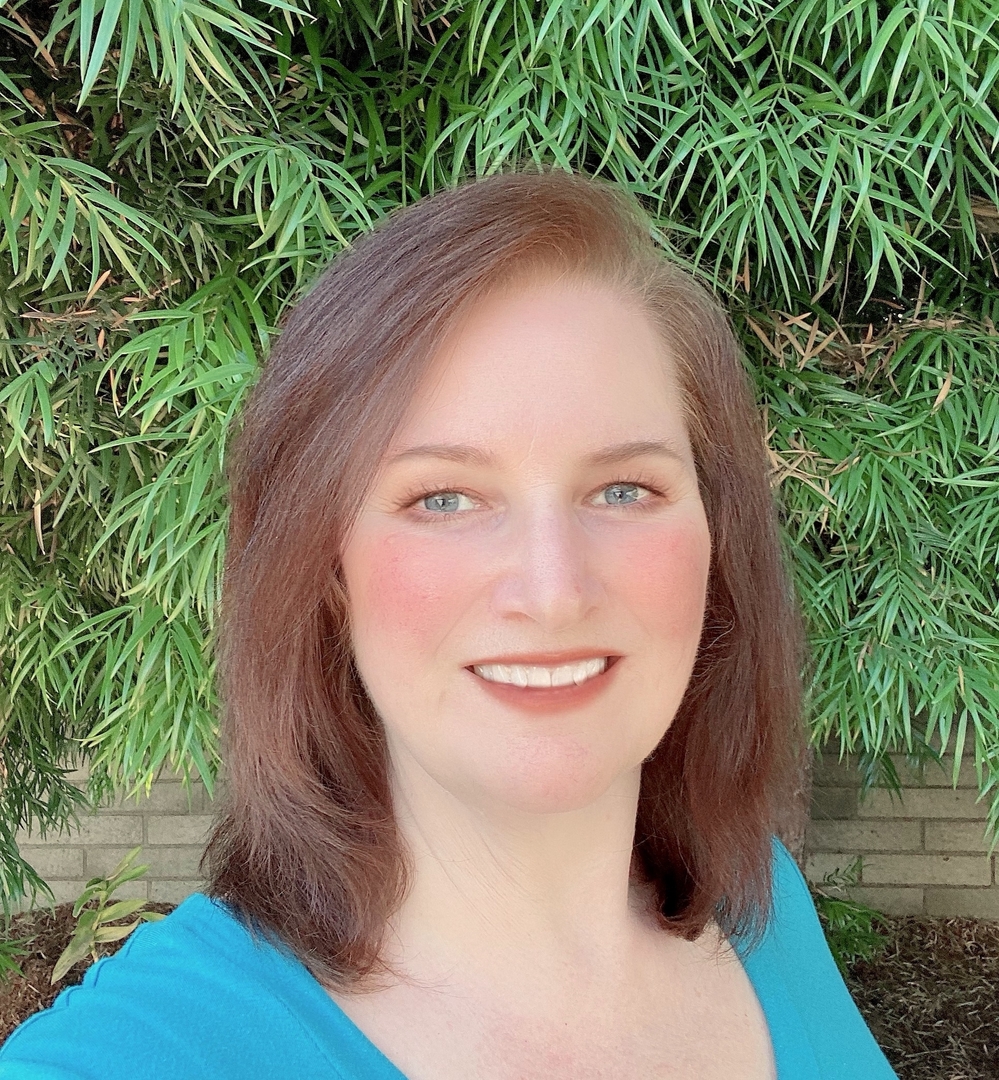 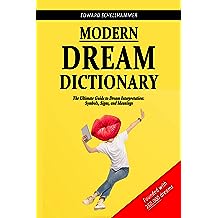 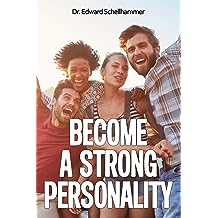 Become a Strong Personality Aug 25, 2013
by Edward Schellhammer
( 6 )
$3.99
Become a strong personality!Your journey of self-discovery can start: the plan, the instruments and the aims are determined.Live with efficient methods!Self-education and training of life is the ultimate key for success, happiness, and fulfillment.POWER means: drive, force, ability, energy, strength, performance, potency, authority, eligibility, qualification, rights, mightiness, mastery, and disposal. - How much power do you have to master your life, to live true love and a real relationship, to genuinely develop yourself, to achieve your aims, and to authentically realize yourself? You can live a genuine life with true love! Truly live yourself! You can find your happiness. You can have success. But you need POWER to get it!POWER = Knowledge + Methods.
Read more
Other Formats: Paperback 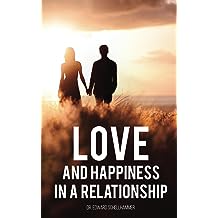 Love and Happiness in a Relationship Aug 27, 2017
by Edward Schellhammer
( 3 )
$3.99
The concept of man and woman as a dynamic holistic polarity and unity has an archetypal value. Love alone is never enough. Love alone is destructive, possessive, like a labyrinth without exit. A man and a woman living together, decided as a common course for life, reflects highest archetypes. In such a relationship both are in a process of holistic development with mutual learning processes. The polarity of masculinity and femininity is established naturally in the genes, also in the mind. The quality of a relationship depends on the way both develop this polarity for living and completeness. Without profound self-knowledge, man and woman can’t evolve and have unbalanced character traits. This book prepares women and men for an evolving relationship and love, free from delusions.
Read more
Other Formats: Paperback 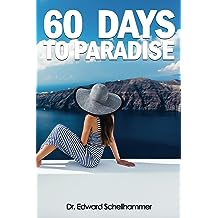 60 Days to Paradise Aug 25, 2013
by Edward Schellhammer
( 1 )
$3.99
"60 Days to Paradise" will provide you with all the knowledge and skills you need to solve problems, become successful, find happiness and achieve a genuine fulfillment. Every single day you will become stronger, more confident and you will reach a new quality level in your personal life. Extend your knowledge, acquire new skills and apply them to efficiently master your life, grow with your inner life and get your ticket to Paradise!
Read more
Other Formats: Paperback 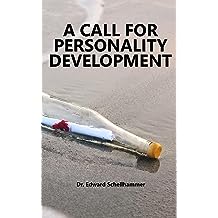 A Call for Personality Development Aug 28, 2017
by Edward Schellhammer
( 2 )
$3.99
Personal development is the foundation, condition and frame of the life course for health, mental health, relationship, family life, taking decisions, professional career and of doing business or simply working.


The book discusses all mental functions that have to be shaped, reshaped, changed, renewed, strengthened and lifelong cared for development with personal responsibility.
Read more
Other Formats: Paperback 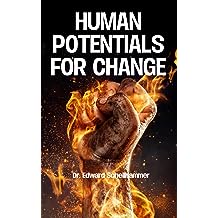 Human Potentials for Change Aug 27, 2017
by Edward Schellhammer
$3.99
There is an archetypal concept that is the foundation to becoming a human and living under physical conditions on this planet. The entire humanity should be on an evolutionary path in order to develop all mental and spiritual potentials. To be on this planet provides learning opportunities that shape the qualities of the soul for the life in the other world.


Such genuine learning processes are:


To become free from inner burdens of the past life

To build up experiences that promotes soul and life

To gain inner orientation with contemplation

To form all (mental) psychical-spiritual functions

To develop inner life with the power of the Spirit

To identify human values for life and community

To create a relationship rooted in inner processes

To develop and practice the force of love for life

To form the mind for inner freedom and dignity

To shape talents and potentials through education 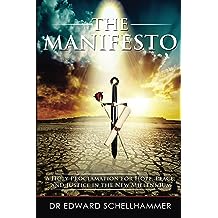 The Manifesto Dec 31, 2013
by Edward Schellhammer
( 2 )
$3.87
Hundreds of millions of people around the globe and billions of souls in the transcendental world are all anxiously longing for hope, peace and justice in the New Millennium; desperately tired of a scandalous history replete with wars, poverty, exploitation, ravaging, pillaging and conspiracy, rooted in 3,000 years of religious aberration.

The Manifesto is long overdue and yet perfect in timing; the Kairos is fulfilled. The holy proclamation is herewith declared, a non plus ultra defiance. People can continue along the current path of spiritual delusion up until the complete elimination of mankind through nuclear war and contamination or choose to take an entirely new path with the Archetypes of the Soul.

Thundering, thought-provoking, and enlightening; it takes the quest to face the excruciating challenges and intricacies of today’s monstrously mad status quo head on. Erudite, sparing no punches and challenging the reader with the unthinkable, the Manifesto is a mind-blowing pack of cards filled with divine aces.
Read more
Other Formats: Paperback 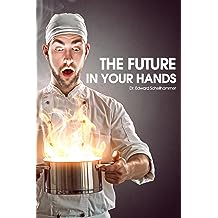 The Future in Your Hands Aug 25, 2013
by Edward Schellhammer
( 1 )
$3.99
The truths and facts revealed are outrageous and beyond all imagination. The collected statistics as a whole are beyond daunting, they are highly explosive and yet completely real.Would you want to know the true source and reason of climate change, countless deaths and victims of road traffic accidents, wars, terrorism, poverty, misery, suffering and crime around the globe? This book will change your life forever. Are you ready to unveil the hidden truth behind society and humanity? Are you ready to unwrap the real truth to everything on this earth?
Read more
Other Formats: Paperback 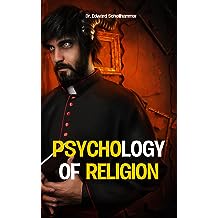 Psychology of Religion Aug 27, 2017
by Edward Schellhammer
( 1 )
$3.99
Do we need a religious belief that is a labyrinth of lies, deceit, cheat, distortion, fabrications, fairy tales, legends, fantasies, and absurd teachings? Do we need a religion that has killed one billion people through crimes and genocides, robbery and wars, slavery and human exploitation? Do we need a religion with ‘knowledge’ that is thoroughly not comprehensible and not provable, not traceable and not reproducible? A religious and spiritual belief that is not based on and not linked with the mental (psychical-spiritual) functions and with the indispensable conditions of mastering human life is useless and meaningless. True religious and spiritual knowledge – about the soul of humans, the other world, and the divine world – requires the fulfillment of the Archetypal Processes of the Soul!
Read more 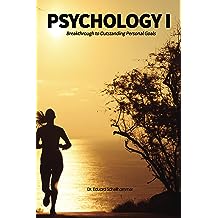 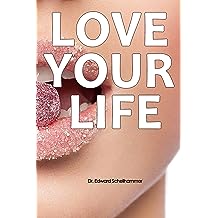 Love your Life Aug 25, 2013
by Edward Schellhammer
( 1 )
$3.99
"Love your Life" gives you over 1000 tips and all the necessary information with which you can improve your life, prepare a good foundation for your future, and contribute drastically to reduce the risks of a global collapse. Be intelligent, wise, clever, flexible, responsible, and benefit from our 1000 tips and priceless information about how to efficiently live your life!
Read more
Other Formats: Paperback 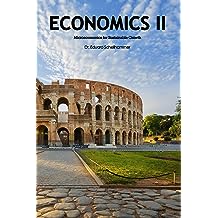 Economics II Aug 25, 2013
by Edward Schellhammer
( 1 )
$3.99
ECONOMICS II delves into the key elements of microeconomics and their intricate relation to the current financial crisis and the omnipresent destructivity exerted on humanity and the planet due to the compulsive obsession of “exploitation”. The intrinsic dynamic of microeconomics is uncovered: regicide and deicide.
Read more
Other Formats: Paperback