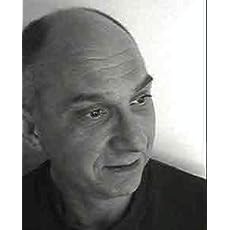 Author of Finding Your Own True Myth: What I Learned from Joseph Campbell, Secret Matter, and other books. Edwin Clark (Toby) Johnson, Ph.D. is a former Catholic monk and comparative religions scholar turned psychotherapist, gay activist, community organizer, bookseller, 'zine editor, B&B host and gay entrepreneur. He and Kip Dollar, partners since 1984, ran the lesbian/gay community bookstore in Austin for seven years and later two gay Bed & Breakfasts, first in the Rockies and then back in the Texas Hill Country. They were the first male couple registered as Domestic Partners in Texas in 1993. They were legally married in 2018 on the date of their 34th anniversary. Johnson is now working as a freelance editor and book designer.

Toby Johnson is author of numerous books. Six non-fiction titles present spiritual wisdom he learned from his mentor and friend, renowned religions scholar Joseph Campbell. Four gay genre novels, including Two Spirits: A Story of Life Among the Navajo (in collaboration with Walter L. Williams), are sweet adventure/romances woven through with wisdom and psychological insight.

From 1996 to 2003, Johnson was editor/publisher of White Crane: A Journal of Gay Men's Spirituality. Johnson's central idea is that as outsiders with non-gender-polarized perspective, homosexuals play an integral role in the evolution of consciousness--especially regarding the understanding of religion as myth and metaphor--and that for many homosexuals gay identity is a transformative ecological, spiritual, and even mystical vocation.

Finding Your Own True Myth: What I Learned from Joseph Campbell: The Myth of the Great Secret III is Toby Johnson's spiritual autobiography recounting how he learned the real nature of religion and discovered the spiritual qualities of gay consciousness.

Toby Johnson has a webpage at tobyjohnson.com.
Read more 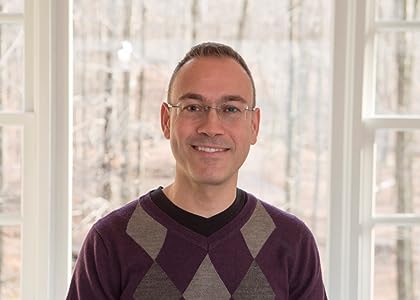 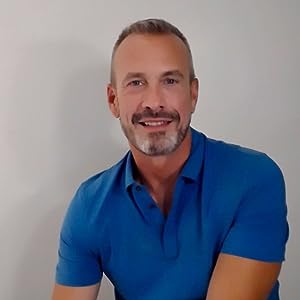 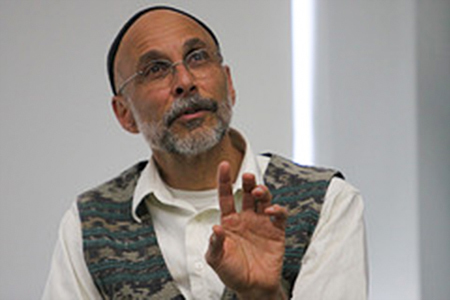 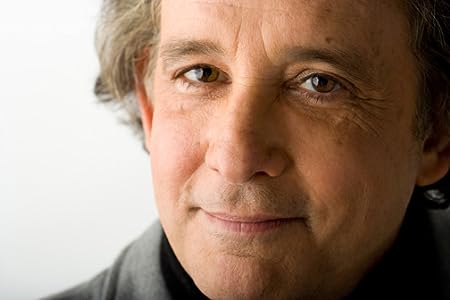 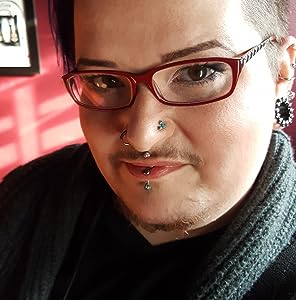 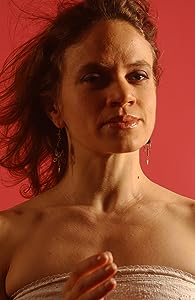 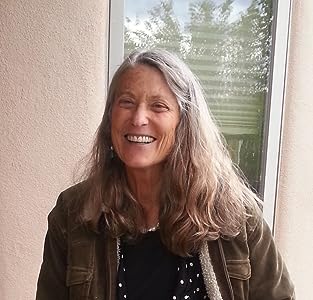 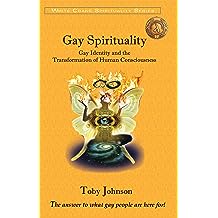 In this Lambda Literary award-winning title, Toby Johnson explores how the rise of gay identity has become an important part of contemporary religious development. This dramatic transformation has resulted due to the perspective of gay men with their ability to step outside the assumptions and conventions of culture and see things from a different point of view. This book will reward readers seeking new insight into faith as well as culture, myth and traditions.

Johnson's vision of a life-affirming, sex-positive spirituality of love, cooperation, mutual respect and acceptance is in sync with modern scientific knowledge, and does not ask the reader to suspend logic or critical thinking. Gay Christians who are struggling with their sexual orientation will especially appreciate Johnson's convincing refutation of common "biblical" anti-gay arguments. A powerful book for personal change and a great gift to a gay friend who is unhappy with his life or suffering from low self-esteem.
Read more
Other Formats: Audible Audiobook , Paperback , Mass Market Paperback 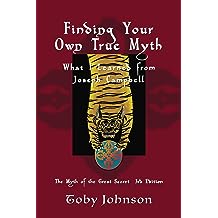 Finding Your Own True Myth: What I Learned from Joseph Campbell: The Myth of the Great Secret III Nov 6, 2017
by Toby Johnson
( 7 )
$7.99
From Joseph Campbell, the renowned comparative religions and mythology scholar, Toby Johnson derived his central insight that there is a “new myth” arising in human consciousness. This is the understanding of the nature of myth itself, a “meta-myth,” the “myth of myth,” according to which our lives are always giving us clues to the secret of our true and deepest nature, and our salvation comes from following our own unique clues.

One of the clues that many cultures share is the tradition of the “wise old man,” the elder who serves as guide, teacher, and companion, helping others on the path to enlightenment. When Toby Johnson, a young Catholic seminarian, left the monastery on his own unconventional spiritual journey, he had the good fortune to find such a teacher in the person of Joseph Campbell. Johnson says in the introduction: Joe demonstrated how to gently leave behind the naïve religiousness of youth and find wonder, meaning, and bliss in a new post-mythic, but re-mythologized, spiritual consciousness.

Finding Your Own True Myth—The Myth of the Great Secret III—is both a loving memorial to Campbell and an original extension of his work. Johnson, later a psychotherapist, religions scholar, novelist, and gay spirituality writer, offers insight into the vital role that myth—and insight into myth—play in the modern world and inspiration for anyone seeking coherence and meaning. A wealth of personal anecdotes and teaching stories are woven throughout the text to provide practical applications for these lessons and concrete examples of their power to change lives.
Read more
Other Formats: Paperback 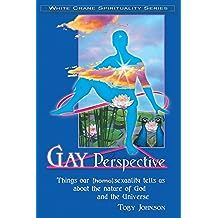 Gay Perspective: Things our [homo]sexuality tells us about the nature of God and the Universe Sep 22, 2018
by Toby Johnson
( 11 )
$4.99
In this companion volume to his critically acclaimed, Lambda Literary Award-winning title Gay Spirituality, Toby Johnson further explicates his visionary stance that gay people's nature as outsiders gives them a uniquely powerful perspective on the nature of God and religion. By living outside gender norms, gay people are more open to seeing across boundaries of gender and gain access to a less dualistic outlook on the nature of life. Once again, Johnson approaches this potentially controversial subject matter with erudition, empathy and visionary speculation and gives meaning to gay consciousness beyond superficial issues of sexual behavior.

This revised edition includes a new Preface and extensive updating and expansion. 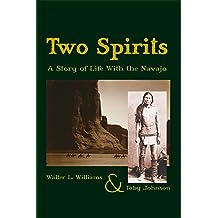 Two Spirits: A Story of Life With the Navajo Aug 7, 2019
by Walter L. Williams , Toby Johnson
( 31 )
$4.99
Set in the Civil War era of the 1860s, this novel tells the story of an innocent young Virginian who comes West by railroad to escape his domineering preacher-father and find adventure and a new life. He is duped into accepting the feckless job of Indian Agent at Fort Sumner in the New Mexico desert. There the Navajo were being imprisoned in an “experiment in Indian management” known as the Bosque Redondo Reservation. But the young hero is hardly the pawn his commanders intended him to be after he finds himself captivated by a crossdressing Two-Spirit male shaman, highly respected as spiritual leader and healer among the Diné, as The People call themselves. Together the pair expose the real motives behind this “experiment” and help the Diné escape imprisonment and return to their sacred homelands in the mountains.
Anthropologist Walter L. Williams has teamed up with award-winning novelist and spiritual writer Toby Johnson to produce a work of historical fiction that presents the Native American philosophies, spiritualities, and gender wisdom which Williams documented in his groundbreaking The Spirit and The Flesh: Sexual Diversity in American Indian Culture. It was that book in 1986 that helped introduce the Two-Spirit tradition to modern readers. Williams’ and Johnson’s novel Two Spirits was winner of a prize for Historical Fiction from the Arch & Bruce Brown Foundation.
This is a story, based on the real history of the Bosque Redondo, of tragedy, oppression, and discrimination, but it is also an enlightening tale of love, personal discovery, and natural beauty. Full of suspense, plot twists, and endearing romance, Two Spirits will captivate readers with its positive approach to life and love and its wonderful happy and satisfying ending. The novel is, at once, educational, entertaining, sexy, romantic, mystical, enlightened.

Walter L Williams is author of the award-winning The Spirit and the Flesh and more than a dozen other books and novels. He has been professor of anthropology, history and gender studies at the University of Southern California, where he taught gay, lesbian, bisexual and transgender studies, and also American Indian Studies. He is past president of ONE Institute International Gay and Lesbian Archives.

Toby Johnson is author of four non-fiction books that apply the wisdom of Joseph Campbell, his teacher and “wise old man,” to modern-day social and religious problems, three gay genre novels that dramatize spiritual issues at the heart of gay consciousness, and two books on gay men’s spiritualities, gay spirit, and the mystical experience of homosexuality.
Read more
Other Formats: Audible Audiobook , Paperback 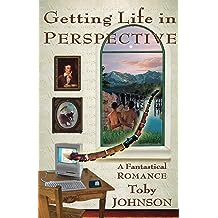 Getting Life in Perspective: A Fantastical Romance Sep 14, 2018
by Toby Johnson
( 6 )
$4.99
Sweet, sexy, wise and thoroughly entertaining, this mytho-historical novel features two lovable apparitions from the late 1800s America. Their adventures in the novel-within-the-novel that the book is about interweave in a heart-warming story of youthful romance and mature, modern love. And the story offers an ageless life-affirming and gay-positive spiritual message  ...along with just a touch of the Twilight Zone.

“There is a fresh naivete in [Toby Johnson’s] style that rings pleasantly in the ear, like the memory of a ‘boy’s book’ enthusiastically devoured at age 12. Against the sour punk of so much of today’s gay male fiction, Getting Life in Perspective is a treat.” —Marvin Shaw, reviewer 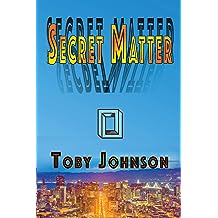 Kevin Anderson is finishing up college, and getting ready to leave New York for an internship rebuilding San Francisco after an immense earthquake. Then the Visitors arrive; a race of human-like aliens touch down in several cities around the globe, including San Francisco, and nothing will ever be the same. When Kevin's company is given a contract to build a facility for the Visitors, he forms a friendship with 'Bel, one of their number. But is 'Bel so alien after all? They seem so human, but they possess some odd characteristics and seem to be hiding something. What secrets do they carry, and where, exactly, are they from? 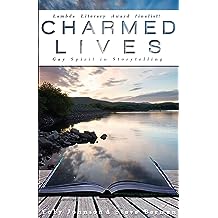 Charmed Lives: Gay Spirit in Storytelling (White Crane Wisdom Series) Nov 10, 2006
by Andrew Ramer , Mark Thompson , Malcolm Boyd , Victor J. Banis , Toby Johnson , Steve Berman
( 6 )
$2.00
Storytelling can be a way of spinning straw into gold, of showing ourselves we've drawn a long straw in this life. Charmed Lives offers readers a collection of fictional stories and personal essays by 36 writers as an alternative to the stories that society often tells about gay men. Some are whimsical, some profoundly spiritual, others romantic?all entertaining with a touch of enchantment, all offer insight into modern gay life that will inspire and shed light on the grace of being gay with tales of hope against adversity and love over loneliness. A Lambda Literary Award finalist.
Read more
Other Formats: Paperback 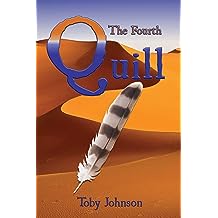 The Fourth Quill Sep 17, 2018
by Toby Johnson
( 2 )
$4.99
The Fourth Quill recasts the story of AIDS into a parallel universe with a surprising and happy ending, where its main character can wonder if he really has brought about the cure of AIDS. Woven through the hero/adventure plot are two lovely and heartwarming romances, one straight, one gay—both with unexpected twists. A little modern, scientific and sensible and a little mystical, The Fourth Quill exemplifies Toby Johnson's style of dramatizing gay spirit through storytelling and speculative fiction. This is a parallel universe readers will likely remember and come back to.

Originally published in 1987 when AIDS was still a mystery disease, this novel, originally titled Plague: A Novel about Healing presented wisdom from A Course in Miracles and The Lazy Man's Guide to Enlightenment. In those days, successful treatments had not been developed and spiritual/attitudinal healing—of soul, if not of body—was the only hope.

Thirty years later, the novel's quandary about the nature of evil and its message of hopeful acceptance and love of life are perhaps even more relevant if about something so much more than disease and illness. The story of the "fourth quill" comes from an Indian tale about a previous incarnation of the Buddha who discovers the "treasure of the ages" and it's not what he'd expected; Johnson retells the tale and derives a meaningful and life-affirming attitude that transcends the specific issues of AIDS in the 1980s.
Read more
Other Formats: Audible Audiobook , Paperback