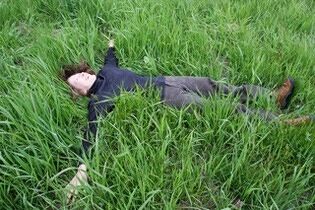 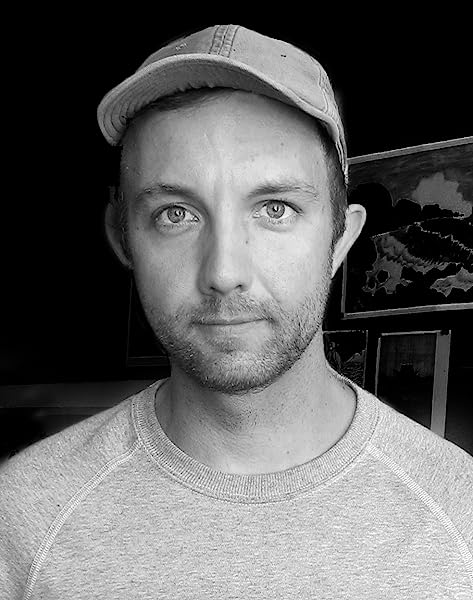 by Amy Timberlake (Author), Jon Klassen (Illustrator)
4.7 out of 5 stars 153 ratings
Book 2 of 2: Skunk and Badger
Editors' pick Best Books Ages 6-8
See all formats and editions
Sorry, there was a problem loading this page. Try again.

Newbery Honor author Amy Timberlake returns with a follow-up to the bestselling, award-winning Skunk and Badger. With illustrations by Caldecott medalist Jon Klassen, this new adventure begins as Skunk and Badger head out on a rock-finding expedition, finding surprises behind every boulder.

Buried in the heart of every animal is a secret treasure. For rock scientist Badger, it’s the Spider Eye Agate he found as a cub, stolen years ago by his crafty cousin, Fisher. For Badger’s roommate, Skunk, the treasure is Sundays with the New Yak Times Book Review. When an old acquaintance, Mr. G. Hedgehog, announces his plan to come for the Book Review as soon as it thumps on the doorstep, Skunk decides an adventure will solve Badger’s problems as well as his own. Surprisingly, Badger agrees. Together
they set off on an agate-finding expedition at Badger’s favorite spot on Endless Lake.

But all is not as it seems at Campsite #5. Fisher appears unexpectedly. Then a chicken arrives who seems intent on staying. Something is up!

“Leaning heavily on its delightfully whimsical qualities, Book 2 of Timberlake and Klassen’s endearing series also boasts a whole lot of heart, perhaps even more so than its predecessor. Even as its often fantastical premise careens over the edge (and thrillingly so), the series’ titular duo keep it grounded thanks to Timberlake’s clear admiration for these characters and their quirks. Klassen’s artwork, meanwhile, continues to awe with its wistfulness. As wonderful as Important Rock Work.”
—Kirkus Reviews, starred review

“Quirky, comical . . . Tender and outrageously funny . . . Skunk and Badger return for a thrilling and poignant adventure in this second hilarious title in the series by award-winning duo Amy Timberlake and Jon Klassen.”
—Shelf Awareness, starred review

“Author Amy Timberlake has such a fun franchise going with the Skunk and Badger books . . . Clever, smart, and laugh-out-loud funny and exciting at the same time. Her writing is terrific, and the story is compelling. The illustrations by Jon Klassen have just the right sense of fun to them to accompany this terrific story. It’s a good one!”
—Seattle Book Review

“The clever dialogue and sophisticated humor that characterized the first book will draw readers in, as will the solid (if unconventional) bond that has developed between the two main characters. The action is very exciting . . . Readers who enjoyed the first Skunk and Badger story will welcome this new adventure, and it might be a good fit for fans of classics like The Wind in the Willows or more modern favorites like The Wild Robot.”
—Youth Services Book Review

“A tangle of adventure and science, dinosaurs and spelunking and the comeuppance of a criminal . . . Kids might not notice they’re learning while they’re laughing . . . Both boys and girls can enjoy the pandemonium. If you know a kid who loves animals, science, peril, and hilarious tales, they’ll totally dig it.”
—The Bookworm Sez

Amy Timberlake’s novels for young readers have received a Newbery Honor, an Edgar Award, a Golden Kite Award, and the China Times Best Book Award. She grew up in Hudson, Wisconsin, but now calls Chicago home. She is a graduate of Mount Holyoke College, and holds an MA in English and Creative Writing from the University of Illinois. You can find her walking on Chicago’s Lakefront Trail on cool, crisp fall days.

Jon Klassen is a Canadian-born author-illustrator. His books include I Want My Hat Back; This Is Not My Hat, winner of the Caldecott Medal; and We Found A Hat. He is a member of the Order of Canada in recognition of his contributions to children's literature. He currently lives in Los Angeles with his wife and two sons.

Amazon Customer
4.0 out of 5 stars A Rock and a Hard Place for Skunk and Badger
Reviewed in the United States on September 14, 2021
Thank you to Algonquin Young Readers for this review copy and good read! To see my full review, please visit my website, Wiggins' Words.“One minute everything is dark, and you are sure the worst possible end is coming. And then – suddenly! – a spot of blue sky.”– Amy Timberlake, Skunk and Badger #2The desultory duo from North Twist return with their staple sense of comedy and camaraderie, this time on a rock-finding expedition. Badger, the austere geologist, is conducting important rock work when Skunk, the goading happy-go-lucky chef, notices a rock missing from his Wall of Rocks: agate. Badger’s cousin, Fisher, a treasure dealer, purloined the rock that started Badger’s sedimentary hobby and career. In Egg Marks the Spot, Skunk and Badger seek to complete the collection before enjoying the Sunday New Yak Times Book Review over breakfast. With familiar and new faces, extended backstories, and a lesson or two met with mystery, the series continues to make strides for all ages.A year later and this sequel has not dulled the original’s rustic panache. It maintains the hyperbolic world of the animal kingdom Amy Timberlake and Jon Klassen have cleverly depicted. Throughout this tale, themes of greed and glory take precedent in subtle and solemn ways. Skunk overprepares, overpacks, and overwhelms Badger with his towering backpack in slapstick fashion. At one point, Badger worries so much that he forgoes nourishment from one of Skunk’s fantastic meals. Moments where actions speak louder than words and where words are measured twice and cut deeply are laudable. The only exception to this is perhaps in the exposition. It felt Skunk and Badger’s time in the woods was short-lived, despite the foretold danger of bears and the secrecy behind the chicken’s Quantum Leap powers, which has a bittersweet payoff. The pacing is convenient and simple, yet curious and expectant, but never cheap or forced. More unexpected turns as well as more background into Skunk’s personal history would have been welcome leading up to a promising albeit jam-packed ending.
Images in this review

Sonia Dyer
4.0 out of 5 stars Funny twists and unexpected turns
Reviewed in the United States 🇺🇸 on September 26, 2022
Verified Purchase
Ever been on a rock-hounding camping trip? Then this book is for you! Especially when two mismatched roommates are involved.
Read more
Helpful
Report abuse

Sue Wynsma
5.0 out of 5 stars Amazing story
Reviewed in the United States 🇺🇸 on July 26, 2022
Verified Purchase
Love this author and illustrator. Really cute story about 2 very different characters and how the get along g together! Highly recommend and it’s sequel!
Read more
Helpful
Report abuse

anthony
3.0 out of 5 stars Eh
Reviewed in the United States 🇺🇸 on July 2, 2022
Verified Purchase
My 8 year old and I found this book to be brutally boring! It was a struggle to finish.
Read more
Helpful
Report abuse

Margo
5.0 out of 5 stars A delight for both kids and grownups
Reviewed in the United States 🇺🇸 on October 18, 2021
Verified Purchase
Both Egg Marks the Spot and Book I in the Skunk and Badger series are the rare, delightful classics that are as much a delight for the adult reading them aloud as the child listening to them. This is a novel kids can read on their own, but it's a special treat for a family read aloud-- filled with brilliant touches. And it has the added sophistication that will keep an adult engaged, reading after reading. This book is never didactic, but it's filled with wisdom.
Read more
Helpful
Report abuse

readersread
3.0 out of 5 stars Not for age 6
Reviewed in the United States 🇺🇸 on February 12, 2022
Verified Purchase
I bought this for my 6 year old who enjoys Frog and Toad, Wings of Fire, seeing Amazon notes it is for 6-8 in the Item Description line next to “Editor’s Picks” label. Also because he loves all things Klassen.

Maybe he should read the book 1 first, but he happened to have started with this one anyway. And it was beyond boring, even for me.

I will see if this would become a bit more interesting when he turns 8.

Katy
5.0 out of 5 stars Waiting for the next one!
Reviewed in the United States 🇺🇸 on November 6, 2021
Verified Purchase
These books are great! The characters are good but imperfect and I can’t wait for the next one to be written!
Read more
Helpful
Report abuse

H. Walker
5.0 out of 5 stars Book #2 Even Better
Reviewed in the United States 🇺🇸 on October 12, 2022
Book #2 - Egg - is even better than the first book as Skunk and Badger's characters are more developed. Of course, their adventure involved geology and fantasy! Enjoyed the read and look forward to the next in the series!
Read more
Helpful
Report abuse
See all reviews

Adele Wade
5.0 out of 5 stars Follows the original Skunk and Badger book
Reviewed in Canada 🇨🇦 on February 9, 2022
Verified Purchase
I enjoyed it very much - another silly adventure with Skunk and Badger! And don't forget the chickens!
Read more
Report abuse