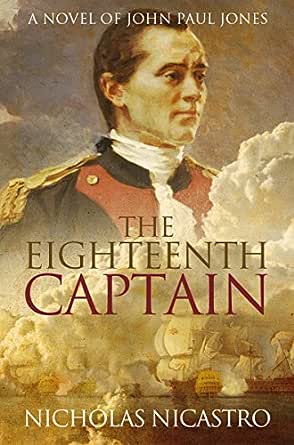 You've subscribed to John Paul Jones! We will preorder your items within 24 hours of when they become available. When new books are released, we'll charge your default payment method for the lowest price available during the pre-order period.
Update your device or payment method, cancel individual pre-orders or your subscription at
Your Memberships & Subscriptions
There was an error. We were unable to process your subscription due to an error. Please refresh and try again. 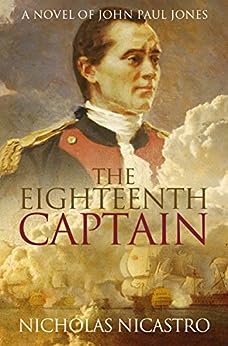 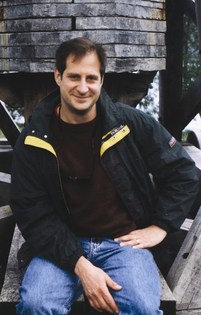 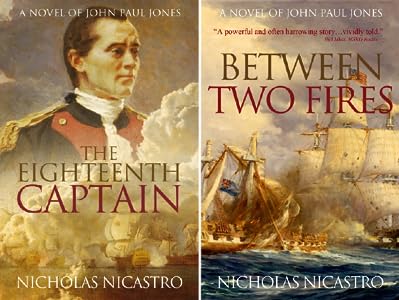 "In The Eighteenth Captain, Nicolas Nicastro gives us a nuanced, insightful and thoroughly believable portrait of an American hero that few know beyond his saying "I have not yet begun to fight" which, in fact, he probably did not say. Nicastro does what the artist can do and the historian cannot; probe the inner mind of the historical John Paul Jones, guess who he really was from the empirical evidence, and then present that portrait in words and deeds that are on the one hand often fiction, but on the other true to the spirit of Jones. And he does it very well, showing us our American Tragic Hero, great but flawed, a conqueror brought down by his own faults. The Eighteenth Captain is beautifully framed by the fall-out of the French Revolution which represented the end of much that Jones loved but was a consequence in part of Jones' own actions, a lovely metaphor for the man's life and deeds. Carefully researched, accurate in tone and detail, The Eighteenth Captain is an insightful portrait of a man, a hero and his times, and what each of those things, in their essence, truly mean." -- James L. Nelson, author of the Revolution at Sea Saga

"Nicastro takes you by the scruff of your neck and yanks you into the action of history. From the moment the spine is creased, you are there, on board the ship, like Jim Hawkins in the apple barrel listening to Long John Silver's most secret plan. . . . Kudos to Nicholas Nicastro and even more kudos to McBooks Press for adding this finely wrought novel to their armada of Maritime literature!" -- Eric Machan Howd, Ithaca Times

"This maritime historical novel fairly shimmers with furtive lustiness and wry humor. Embellishing John Paul Jones' early naval intrigues and sexual liasons, Nicholas Nicastro preserves the true spirit of a mercurial and moody hero." -- Jill B. Gidmark University of Minnesota Professor of English --This text refers to an out of print or unavailable edition of this title.

Nicholas Nicastro is a writer and filmmaker whose work includes short fiction, film criticism, and travel and science articles. He has published in The New York Times, The New York Observer, Film Comment, and The International Herald Tribune. He lives in Ithaca, New York.
--This text refers to an out of print or unavailable edition of this title.

3.1 out of 5 stars
3.1 out of 5
12 global ratings
How are ratings calculated?
To calculate the overall star rating and percentage breakdown by star, we don’t use a simple average. Instead, our system considers things like how recent a review is and if the reviewer bought the item on Amazon. It also analyzes reviews to verify trustworthiness.
Top reviews

W. Wedenoja
3.0 out of 5 stars Entertaining but forgettable
Reviewed in the United States on May 23, 2009
Verified Purchase
I would like to give this 3 and a half stars, whereas I would give the sequel, Between Two Fires, four and a half. The book kept my attention but was ultimately unsatisfying. There is more drama than action. Too much on Jones' social and political life in Paris, tedious intrigues with Franklin and French aristocrats and officials to get some ships to go to war. Jones is a flawed hero, and a bit of a bore. He is presented through the eyes of John Severance, his first officer, who tells the story of his time with Jones to two aristocratic whores to earn a night in bed with the both of them. The device is unnecessary, and the women are featureless.
Read more
2 people found this helpful
Helpful
Comment Report abuse

Everyone needs a little CLT
2.0 out of 5 stars Ok, very drawn out
Reviewed in the United States on June 17, 2014
Verified Purchase
Purchased this book because kept coming up as counterpart to Steven Pressfield, he is not... Writing is Ok just not very imaginative
Read more
Helpful
Comment Report abuse

J. Mohr
1.0 out of 5 stars The Eighteenth Captain
Reviewed in the United States on July 17, 2000
Verified Purchase
This book could have been entertaining reading if the writer had only stuck to the story line. It was diverting the way the book hopscotched here there and everywhere.
Read more
4 people found this helpful
Helpful
Comment Report abuse

Mary H
4.0 out of 5 stars Witty historical novel about flawed, heroic Captain Jones
Reviewed in the United States on September 7, 2012
What an excellent and enjoyable historical novel. I was caught up not only in the storytelling device the author uses, but also in the way that the historical characters come alive in the context of the time period. These are characters that seem very real to me as a reader, and yet they are so very 18th century. John Paul Jones was apparently a deeply flawed individual, one who might indeed be hard to like on a personal level, but who just so happened to be the right man for the time and circumstances. The writing was rich and detailed, yet I wanted to know what happened next so that this literary novel was something of a page turner. I've read many of the Patrick O'Brian and Horatio Hornblower (C.S. Forester) seafaring novels and this book had the same wit and badinage between the characters that give these other books their charm beyond the Age of Sail setting. I'll be going back now and reading the author's other historical novels in hopes of having the same reading experience.
Read more
2 people found this helpful
Helpful
Comment Report abuse

Stephen R. Kimball
5.0 out of 5 stars Excellent Historical Fiction
Reviewed in the United States on May 6, 2019
Whether or not you consider yourself a fan of historical fiction, this book is worth a read. Deftly written with page-turning storytelling, Nicastro proves himself to be a master writer--no matter the genre.
Read more
One person found this helpful
Helpful
Comment Report abuse

Dotty Parker
5.0 out of 5 stars A blind date with a boat
Reviewed in the United States on September 22, 2004
John Paul Jones, I've learned, is passionate, sympathetic, kind, and merciful. John Paul Jones also possesses the horrifying qualities of a dictatorial and cruel son of a bitch.

Jones's autocratic, over-the-top actions fit with the history we know. Mr. Nicastro does an amazing job of placing the distressingly human characteristics of this captain into the structure of facts that often resist personality. Reading about his two main characters felt like being on two enduring first dates. There were times when John Paul Jones charmed me. I wanted to fall in love with his tales of battle and conquest. My other rendezvous, however, was with the narrator, Severence. Gentler and possibly more worldly, he edged out the competition with observations that rewrote John Paul Jones into an authority figure who was less than authoritative although sympathetic.

The novel's sexiness, while truly sexy, often sassy, and on occasion very naughty, serves to do more than satisfy adult appetites. Sex creates a physical tension between key characters that mirrors the political tensions Jones was trying to overcome. It also more clearly draws Jones as a man seduced by all kinds of success.

Thalia
5.0 out of 5 stars highly recommended
Reviewed in the United States on November 25, 2004
In all, enjoyable, readable, and sometimes surprising. There is an afterword acknowledging the embroidery of the truth.

A raised eyebrow about the details prevents me from applauding the historical veracity of this novel. Nevertheless, the story told more than adequately compensates for this. As it is not meant to be a history, but historical fiction, the book succeeds admirably and is highly recommended.
Read more
6 people found this helpful
Helpful
Comment Report abuse
See all reviews

Doug
2.0 out of 5 stars Story goes nowhere
Reviewed in Canada on June 8, 2017
Verified Purchase
I found this a very disappointing book. I felt that a story about J.P. Jones had potential. This book missed the potential completely.
Read more
Report abuse