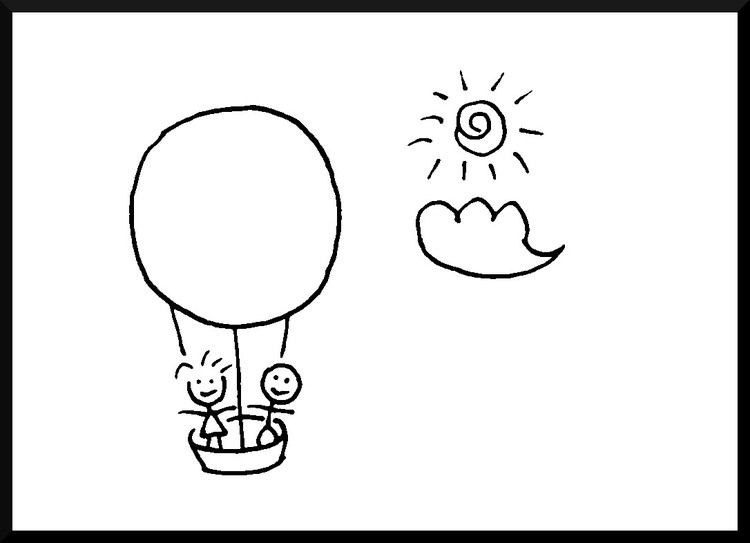 by Jason H.J. Lu (Author)
4.6 out of 5 stars 5 ratings
See all formats and editions
Sorry, there was a problem loading this page. Try again.

This book is the story about two children: Mindy and Ivan. They are both happy children. They are also both clinically diagnosed with autism.

Eikona means “image” in Greek. Eikona Bridge takes you on a journey to a world that you have never been to before: the inner world of people with autism. This bridge helps parents, educators and the public in general understand today's children with autism. You will learn to discover these children's talents and ways to communicate with them. You will come to see autism as a communication problem, and that once the communication problem is solved, everything else falls in place.

This book will show you that raising children with autism can be a beautiful journey, with breathtaking scenery at every stretch.

Make no mistake about it. This is a serious book on autism that challenges the reader emotionally and intellectually, and it will shatter the conventional wisdom on this subject. Going beyond a feel-good narration, the book serves as a practical reference manual with concrete solutions and explanations for parents and educators. Written by an autistic person as a proud parent, this book is thoroughly unconventional from its cover to its last page. It will touch your heart and challenge your head.
Read more
Previous page
Next page

I spent the first half of my childhood in Asia, and the second half in South America. I then lived as an adult in the U.S.A. Today, I work as a data scientist. I had a fun but messy life. Many things in my life seemed totally purposeless and incoherent. Then my two children came to the world. Like my data, they did not talk, either. However, they had the sweetest laughter. In my effort trying to communicate with them, I came to understand myself, and found out who I really was. Like them, I was autisitic, I just lived my whole life without knowing it. All the puzzle pieces started to fall into place, and I realized that every meaningless step in my earlier life actually had a purpose: all those past steps helped me to understand my children.
I compare raising my children with autism to a road trip to Chilean Patagonia: the road is bumpy, and numerous bridges/ferries are needed along the way. But it's a beautiful journey with breathtaking scenery at every stretch.
"It takes an autistic person to understand another autistic person." That is the motto of my wife. Yes, I do have a message to share, and that is: autism is a communication problem, once you solve the communication problem, everything else will fall in place. I hope other families with children with autism can benefit from this message and grow stronger together.

... It all changed the day when I understood Ivan: yes, Ivan was visual, but he was a video-memory person, not a picture-memory person! After I found out the nature of Ivan's memory, things developed really fast. Finally I started to have a string of successes with him. He learned to look at my drawings, learned to read, and learned to call me Papa! Best of all, we became closer friends. Nothing was more rewarding than when I could finally communicate with my child. In short, I learned to speak his language.
... To me, autism is a communication problem. You solve the communication problem, and everything else will fall in place.

Jason H.J. Lu was trained as a theoretical physicist. He received his PhD in 1992 from Stanford University. Jason currently works as a data scientist. Previously, Jason has been a software developer for children educational games. And much earlier in his life, he has worked as a farmer, growing corn, pumpkins and watermelons, and making friends with farm animals. Jason enjoys interacting with people from all cultural backgrounds.
Read more

Jason H.J. Lu spent the first half of his childhood in Asia and the second half in South America. He then lived as an adult in the U.S.A. He received his PhD in Theoretical Physics from Stanford University in 1992. Today, he works as a data scientist. Previously, Jason has been a software developer for children’s educational games. And much earlier in his life, he worked as a farmer, growing corn, pumpkins, and watermelons and making friends with farm animals.

Jason's has lived a fun life that hopped through seemingly incoherent steps. As a child, Jason assembled his first radio circuit when his was nine years old. He learned to play musical instruments like the bugle and the recorder. He learned advanced calculus in college and then Quantum Field Theory in graduate school. He liked to doodle and sneaked a cute cartoon picture into his PhD thesis that cried “Help me! I don't want to become a human...” He has used fancy programming techniques as a software developer. As of lately, he applies machine-learning algorithms to solve business world problems.

Jason couldn't make sense out of his fun life, until his two children came to the world. Like the data Jason worked with, his children also did not talk. However, they had the sweetest smiles. In his effort to communicate with his children, Jason came to understand himself, and found out who he really was. Like them, Jason was autistic: he just lived his whole life without knowing it. All the puzzle pieces started to fall into place, and he realized that every single meaningless step in his earlier life actually had a purpose: all those past steps helped him understand his children.

Jason speaks five and a half languages: Taiwanese Minnan, Mandarin Chinese, Spanish, English, Portuguese, and some Vietnamese. Jason enjoys interacting with people from all cultural backgrounds.

Nacira Rangel
5.0 out of 5 stars It will change your mind
Reviewed in the United States 🇺🇸 on October 10, 2014
Verified Purchase
I started this journey almost 3 years ago when my only son was diagnosed with Autism at 21 months. This book has taught me to look at Autism from a different perspective. His style is practical, easy to read and funny. This book has giving me a lot of hope and peace of mind, valuable concepts that are very scarce in the traditional educational or medical field. I choose to believe, like Jason illustrates in his book, that Autism is not an awful disease or a death sentence. Don't get me wrong, there are not miracle cures and it requires a lot of work. I guess we all agree on that last part, but I have to give extra credit to someone who can relate to Autism based on his personal experience as an individual with Autism and a father raising two kids on the spectrum. He is a successful person from any point of view. This book is exceptionally helpful for parents with newly diagnosed kids.
Read more
4 people found this helpful
Helpful
Report abuse

Laureen Forman
5.0 out of 5 stars about my son and others like him for so many years - my sons closest ...
Reviewed in the United States 🇺🇸 on December 7, 2014
Perspective and paradigm shift. This is what this book gives. It's a very well thought out, personal experience of a dad who figured out the communication issue with his 2 kids who present very different. If you look at kids from their perspective first, yes, we can learn how to communicate with them (all kids no matter if they have a diagnosis of Autism or whatever). It's not any person on the spectrums problem, it's the rest of the world (which I call the people who are not in tune enough to get it). This is not a end all, cure all either. It is however, constructive ideas from a parent who looked at his kids for WHO they are, where they are, and from a HOW perspective. Personally, I am honored to have listened to a talk from Jason BEFORE I read the book, and I could not help but shake my head yes, yes, yes in what he said. This coming from a mom who has a son who is older. Jason was able to say what I have been saying to everyone, about my son and others like him for so many years - my sons closest people now are understanding him and he is still non-speaking. My son and family and I are overjoyed that other people are finally understanding him and this book is another window into people who think and communicate differently.
Read more
4 people found this helpful
Helpful
Report abuse
See all reviews