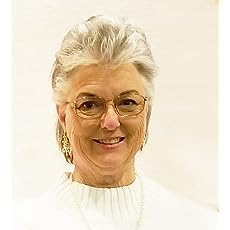 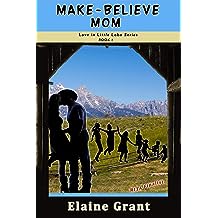 Since his wife's death, it seems widowed rancher Jon Rider just can't catch a break. Raising his seven kids alone is tough—especially with a ranch to run and a household that sends housekeepers fleeing in panic. And then someone notifies social services…and he's blindsided by the possibility of losing custody of his children to his in-laws.

The answer to his prayers comes in the form of Kaycee Calloway, the disarmingly attractive new veterinarian who answers a cow emergency at the ranch. In a panic, one of Jon's kids introduces Kaycee to the social worker as their new mom. And suddenly Jon and Kaycee find themselves faking an engagement.

But what good can come from this little white lie? 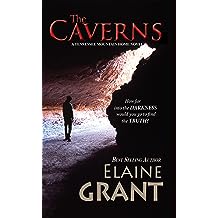 The Caverns (Tennessee Mountain Home Series Book 1) May 29, 2013
by Elaine Grant
( 13 )
$4.99
Seventeen years after being convicted of murder, Cade Youngblood returns to his hometown to bury his beloved great uncle. Still the pariah of Cumberland Cove, Tennessee, he faces resentment, fear, and pure hatred from some who believe he is guilty. Cade has more reason than ever to clear his name, but somebody is willing to kill to protect a shocking secret.

When his ex-fiancée, Scottie Youngblood, now a Cumberland Cove police officer, responds to vandalism to Cade’s property, they begin to rekindle their old relationship and attempt to unravel the tangled lies from the past. Scottie joins forces with Cade to solve the mystery of the decades’ old murder. In the process they discover the deception that tore them apart when they were young.

Only one person offers a clue to the past, but somebody is willing to kill to keep that truth buried. And more than one citizen of Cumberland Cove would like to see Cade gone--forever.
Read more
Other Formats: Paperback 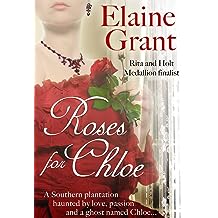 Roses For Chloe Nov 9, 2012
by Elaine Grant
( 7 )
$2.99
Long ago, in the deep South, Chloe Bienville stood watching at the window of her plantation ballroom for her fiancé’s return from the War. Zach Brandon never came back. But Chloe is still waiting...

Years later, Tyce Brandon, a talented architect--Southern to the core--devotes all his time to restoring the dilapidated plantation known as Caroline. The once-glorious mansion, the center of a decades-old feud with the proud Bienville family, has obsessed the Brandon men for generations. And now, a non-nonsense New Yorker named Delaney, the last of Bienvilles, is flying to Louisiana to end the feud once and for all--by destroying the plantation to make way for a shopping mall.

Neither Tyce nor Delaney expected to meet the resident ghost of Caroline. A troubled spirit, Chloe Bienville has been waiting for a chance to be reunited with her long-lost love. Now, with the return of the last Brandon and the last Bienville, she intends to unite the two families and end the curse that torments her. But Tyce and Delaney prove to be most uncooperative and refuse to fall in love on command.

Then they discover Chloe’s secret diary and discover her mischievous side and the lifelong battles of wits she played with her overbearing father and brothers. As they come to understand the legacy Chloe has left for them, they surrender to a passion that will shake the very foundation of Caroline Plantation.
Read more
Other Formats: Paperback , Mass Market Paperback