Election Meltdown and millions of other books are available for Amazon Kindle. Learn more 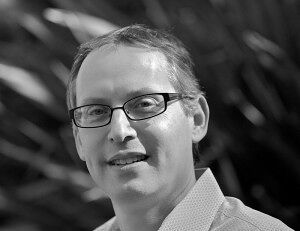 by Richard L. Hasen (Author)
4.3 out of 5 stars 40 ratings
See all formats and editions
Sorry, there was a problem loading this page. Try again.
Read more Read less
Previous page
Next page

“Extremely timely...There are a lot of specific problems and I think [Hasen’s] got a handle on what those issues are and how to stay ahead of them.”—Pete Buttigieg, The Guardian [Interview]

“A hard-hitting critique of the American election process as timely as it is frightening. In a slim, cogently argued analysis, legal scholar points to four dangers threatening the voting process in 2020 and beyond . . . Required reading for legislators and voters.”—Kirkus Reviews, Starred Review

“[A] bracing and comprehensive inquiry.”—Publishers Weekly

"Election Meltdown . . . is a must-read. It's well-written, easy to read, informative and fair. But it doesn't pull punches."—Mark Caputo, on Twitter

“There is no better work describing the astonishing attacks on the most basic element of our democracy—voting—nor a more hopeful account of the changes that could fix it. If there is a plan to establish democracy in America, this book is a central chapter.”—Lawrence Lessig, author of They Don’t Represent Us

“Hasen’s informative and important book makes a compelling case for long-term, systemic reform of our elections."—Trevor Potter, Founder and President of the Campaign Legal Center

"Voters losing faith in the integrity of elections is one of the greatest risks any democracy faces. Rick Hasen chronicles why that risk is increasing in the United States and what to do about it before it’s too late."—Richard H. Pildes, author of The Law of Democracy

"Richard Hasen’s new book is well named, because unless we pay close attention and act fast, an election meltdown may be exactly what we get in 2020. If you want to see honest, fair elections in 2020 and beyond, you must read this book—and then act."—Larry J. Sabato, Director, University of Virginia Center for Politics

Richard L. Hasen is Chancellor’s Professor of Law and Political Science at the University of California, Irvine. In 2013 he was named one of the 100 most influential lawyers in America by the National Law Journal, and his previous books include Voting Wars, Plutocrats United, and The Justice of Contradictions.
Start reading Election Meltdown on your Kindle in under a minute.

TONY C SIMON
1.0 out of 5 stars Too long
Reviewed in the United States on May 10, 2020
Verified Purchase
The author is very anti Donald Trump. The book could have been made much shorter with probably just 50 pages. There was a lot opinions and fluff in between. Pretty much just get rid of incompetent election administrators and upgrade voting machines.
Read more
6 people found this helpful
Helpful
Report abuse

AliReda Jeafar
5.0 out of 5 stars For anyone looking to understand our voting system and it's perils, this is the book for you.
Reviewed in the United States on November 14, 2020
Verified Purchase
Such a compact and well-thought out book that really does explain the "crisis" of "voter fraud" that exists in our country. It also really demonstrates how archaic our voting system actually is, and the suggestions for how to go about changing it are thoughtful and greatly needed.
Read more
3 people found this helpful
Helpful
Report abuse

Robert J. Woolley
5.0 out of 5 stars Timely warning
Reviewed in the United States on February 4, 2020
This is an extraordinarily timely book, focusing almost exclusively on events of the past four years, and how they may portend problems with the November 2020 election (and beyond). It's a relatively short book, with one chapter on each of four main areas of concern: (1) Irrational and unnecessary legislative/bureaucratic obstacles to voting, ostensibly aimed at a virtually non-existent problem of voter fraud. (2) Incompetent election management (poorly designed ballots, lack of transparency, easily avoidable errors in security and tabulation, etc.). (3) "Dirty tricks," both high-tech, such as foreign cybercrimes, and low-tech, such as the ballot harvesting that corrupted a congressional election in North Carolina in 2018. (4) Ill-advised, knee-jerk talk from politicians about elections being "stolen" or otherwise illegitimate, which rapidly erodes public confidence in the validity of elections.

Hasen stresses how these problems can dangerously exacerbate each other. For example, a Russian takedown of the electric grid in a largely Democratic city in a swing state (Detroit, Milwaukee) on election day, combined with lack of a contingency backup plan, could change the result in the electoral college. Add to that a lack of clear state or federal law on whether and how to allow a limited re-vote, a judiciary that is increasingly polarized along partisan lines, and leaders willing to cry "stolen election" at the drop of a hat, and it's not hard to see how it could all spiral out of control in a way that would make Florida 2000 look like a laughable little oopsie.

Problematic elections are only one of the potential threats our democracy faces today. But the good news is that many (though not all) of the issues have fairly straightforward fixes, if we care enough to implement them. This book illuminates the steps we need to take.

And if this all sounds interesting, be sure to also take a look at Hasen's previous book on elections, "The Voting Wars," which I thought was even more enjoyable and enlightening.
Read more
20 people found this helpful
Helpful
Report abuse

Winslow
5.0 out of 5 stars An urgent and timely account of one of the biggest threats our democracy faces
Reviewed in the United States on February 5, 2020
Written before the Iowa debacle, this book walks the reader through potential scenarios for election meltdown where incompetence (past, present and future) and attempts to restrict the vote collide to create the perfect storm, challenging the very foundations of our country and our faith in democracy. A persuasive and urgent argument for why voting and elections deserve to be front and center in our national conversation. A must read.
Read more
11 people found this helpful
Helpful
Report abuse
See all reviews