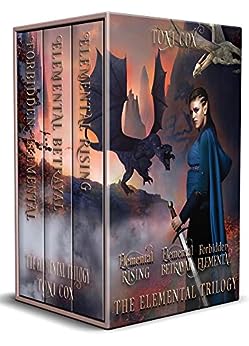 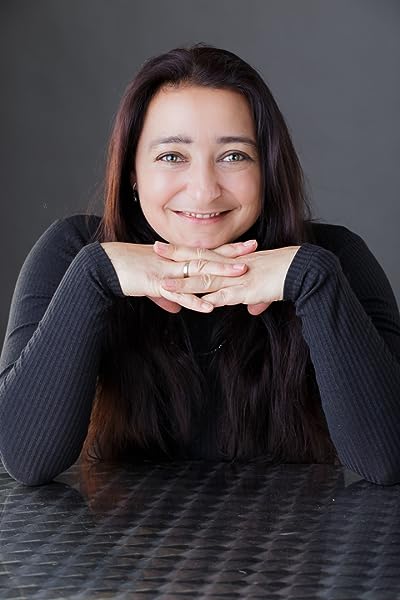 Born in Germany in 1976, International Bestselling Author Toni Cox moved to South Africa in 1991. Although she has spent much of her working career in the timber wholesale business, she is also an accomplished horse rider, has a diploma in project management, photography, and nutrition, and has a passion for books and all things fantasy.

From a young age, her dream had always been to put her imagination into words. When she was diagnosed with Rheumatoid Arthritis in 2013, she decided life is too short not to follow her dream. With the support of her husband and three children, she began writing book 1 of the Elemental Trilogy in January 2015.

sherri jones-teachoutTop Contributor: Cooking
4.0 out of 5 stars Interesting premise. Very original story
Reviewed in the United States on July 9, 2019
Verified Purchase
Maia is from a world of elves who live a long time. She is over a hundred years old but looks about 20. As a final test to be a prime elemental she must go to another planet. She chooses Earth. The problem? A year on her planet is 10 years on Earth. When she gets there, she ages just like a human. She falls in love, gets married, and has to kids. But then when she is ready to return to her planet she gets sick. Her husband and the doctors think she has cancer. She is sick for several years, and on the verge of death, sneaks away to go back to her planet. Her husband and kids follow her and get swept to her planet with her. But she returns to looking like a 20 year old and she looks different and can't remember her life on Earth. Aaron and the kids must now adjust to this new life, and a wife/mother who doesn't remember her. She must also take her place and the most powerful Elemental, and fight to save her world against an invasion from another planet. This story was so entertaining. Dragons are involved, vampyres, and other mystical creatures on this world.
Read more
One person found this helpful
Helpful
Report abuse

This started off a little weak but picked up pace and layers towards the end. I'll be diving straight into book 2.

Action packed with new developments every few pages. I liked the mysterious character that entered the story in this book. I guessed who it was before the reveal but it did have me wondering initially. Normally I'd read another book before continuing with the series, but I don't think I can! I want to know how it all ends!

Forbidden Elemental (3.5 stars)
=========================
The finale of the trilogy. Still lots of action and battles. This time there was character development along multiple themes (not only for Maia) which was quite nice. The ending almost felt rushed once it came and I still don't quite understand why "the plan" ultimately worked. As an aside, if you haven't read (or, in my case, can't remember) the "Jasmin in Love" story, the references to that will probably irritate you. It was a good ending, although part of me feels like it could have been more.
Read more
Helpful
Report abuse

M L Aquilar
4.0 out of 5 stars Excellent Adventure
Reviewed in the United States on July 20, 2020
Verified Purchase
Excellent read but gave it 4 stars because of the misspellings/grammar in some places, but the story was that good that I read it all despite the errors! Well made characters, world building, excellent unique story.
Read more
One person found this helpful
Helpful
Report abuse

This was a great trilogy. I loved the characters. Maia was an amazing character with her dragon Midnight! Coming home as a prime she was to be the savior - of course in wars there are not always winners. It was an amazing collection of stories. I loved the trials that Maia went though and the demons she faced trying to do her best to save her people. Amazing books!!
Read more
3 people found this helpful
Helpful
Report abuse

Kindle Customer
5.0 out of 5 stars I loved this!
Reviewed in the United States on April 8, 2019
This is my first time reading and reviewing for this author. And I am very impressed with this storyline. Dragons and magic in a fantasy world that was so well crafted that it was easy to imagine Maia and her dragon. And with a romance so skillfully entwined that being able to continue on to the next book in the series is a bonus. An excellent trilogy for hours of reading pleasure.

Kindle Customer
5.0 out of 5 stars Life and Death Elementals fact or myth...
Reviewed in the United States on April 5, 2020
Maia is a Life Elemental and Blaid is a Death Elemental, come join them on their journey to learn their powers, get approval from their people and finding away to win the war against a planet of Vampyres.

Tanyawriter
5.0 out of 5 stars Box set
Reviewed in the United States on June 12, 2019
She has arrived home and her life is about to change when she find her home in chaos. This box set follows her and her right to take her place.What will happen? See how she gets on

Jeanne Richardson
5.0 out of 5 stars Great Box Set
Reviewed in the United States on April 10, 2019
This box set is the 1st time I've read anything written by Toni Cox; she has done an good job at writing a good set of books; I will definitely be reading more of her books.

The story lines caught my attention at the very beginning and kept me interested throughout the entire book.

I received a free copy of this box set via booksprout and I’m voluntarily leaving a review.
Read more
2 people found this helpful
Helpful
Report abuse
See all reviews