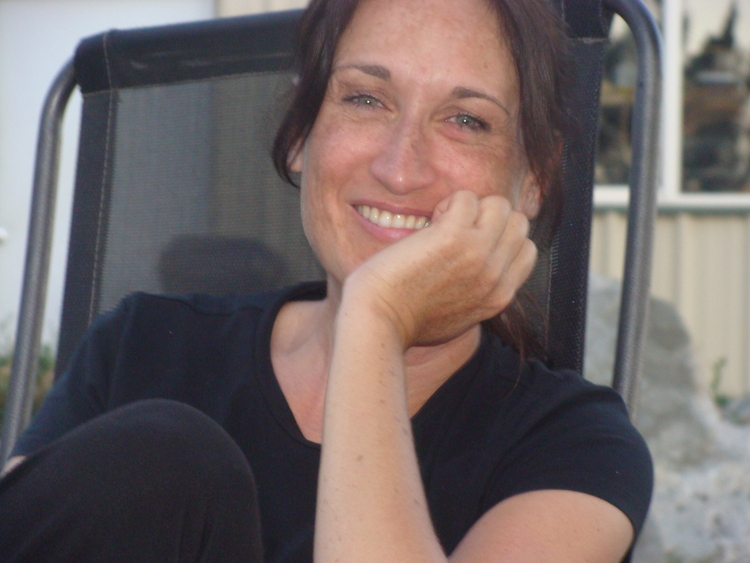 M.E. Cunningham came from a land, far, far away, and ended up on a little farm in northern Utah, living with numerous magical creatures: horses, chickens, dogs, cats, and a goat. Cunningham began writing quite by accident, the fall through the fabric of time dropped M.E. into the mysterious land of Terratir. Terratir is not the first magical realm Cunningham has discovered, but it is the only one to be written about so far. Favorite topics include ghosts, monsters, dragons, and magic. Cunningham also likes TV, going to the movies, and camping in the mountains as long as there are no spiders, mosquitoes, or ticks. Cunningham’s first book, Reluctant Guardian, was published in August 2013. While always in search of the strange and unexplainable, this author will write each story as it is discovered. Be on the look out!
Start reading The Elementalist (The Ransomed Souls Series Book 2) on your Kindle in under a minute.

4.1 out of 5 stars
4.1 out of 5
20 customer ratings
How does Amazon calculate star ratings?
Amazon calculates a product’s star ratings based on a machine learned model instead of a raw data average. The model takes into account factors including the age of a rating, whether the ratings are from verified purchasers, and factors that establish reviewer trustworthiness.
Top Reviews

Dowie
5.0 out of 5 stars Excellent follow up!
Reviewed in the United States on July 9, 2016
Verified Purchase
Alisa is stuck in her area of Elysium without Brecken. She ends up paired up, or rather being trapped inside a body with Claire- a person that she doesn't even like. This turns out to be a play by the demons to keep Alisa out of the way so they can take over Idir Shaol!!
She manages to get back to Brecken, however almost as soon as they find each other his memory of her is wiped!
Holy crap on a cracker this book is amazing! I love the witty banter between Claire and Alisa. It's hilarious to see the two alpha personalities pair off against one another in the same body.
I was wondering the whole time if two ethereal entities could fist fight!
The pace is perfect, and I felt the frenzy building as the demons came closer to fulfilling their plan.
It hurt my heart in places, some of the sacrifices that are made in the name of goodness.
Excellent book, and I highly suggest that you read this series!!
~Dowie

Mariet
4.0 out of 5 stars Battle between Good and Evil
Reviewed in the United States on August 8, 2016
Verified Purchase
I am not sure how I feel about this series, at this point. I know I am driven to finish it....but it is about demons and angels, heaven and hell..and sometimes it is a bit troubling to me. It is very well written and hard to put down..I am just not sure how I feel about it. It is clean..it is suspenseful..and totally does not fit my views of an afterlife...but I am compelled to read it because the characters have become friends..if you know what I mean. I guess I will know more how I feel about it when I finish the next one!!
Read more
Helpful
Comment Report abuse

Amazon Customer
3.0 out of 5 stars Entertaining read
Reviewed in the United States on July 12, 2016
Verified Purchase
I read this book because I had read book 1 and enjoyed it. I'm not a fan of teenage romance and at moments I was afraid that is what the series was turning into but as a whole I think its better than that, deep down. Over all an entertaining read, good to fill those idle moments, I look forward to starting book 3.
Read more
Helpful
Comment Report abuse

Amazon Customer
5.0 out of 5 stars Five Stars
Reviewed in the United States on March 22, 2015
Verified Purchase
Seamless and exciting. I had a hard time putting it down!
Read more
One person found this helpful
Helpful
Comment Report abuse

Sara
4.0 out of 5 stars The Elementalist by Melissa Cunningham
Reviewed in the United States on April 10, 2015
**A complimentary copy of this book was provided by the author in exchange for an honest review.**

It was a couple of years ago when I read the first book in this series – Reluctant Guardian. What I remember from it is its cliff hanger ending. I mentioned in the review I wrote for it is I really wanted to read book two. That became especially true after seeing the cover for The Elementalist. Now that I've stated that, what I can say is that it picks up a year after the closing events of Reluctant Guardian. If you're interested in this series, I highly recommend reading book one, as it will make reading book two make more sense, and establishes the main characters and their background stories.

A lot of the main characters return: Alisa, the guardian, who has continued her training, and Brecken, the teenager she was assigned guardianship over. There's the introduction of several new characters, including Claire, the titular Elementalist. I wasn't sure what to think of her at first, but the further into the book I read, the more I began to like her. I think there's potential there, and I'm hoping that if there's a third book, we'll get to see more of her and her mother. There are a lot of chapters in this book, but they're short and I think the book flowed rather well.

Raphael returns as well. This book reminded me of why he's one of my favorite secondary characters in the series. There are also some new revelations, and the ending of the book is open enough that there's there's room for a third book in the series. If so, I really want to read it as well.

My rating of The Elementalist is 4/5 Platypires.
Read more
Helpful
Comment Report abuse

Jessica Surgett
4.0 out of 5 stars Even better than the first!
Reviewed in the United States on March 3, 2015
I really enjoyed the first book in this series, Reluctant Guardian. It was thought provoking, exciting, and had a beautiful love story. I couldn't wait to dive into The Elementalist. And I liked this one even more!

At the end of Reluctant Guardian, we leave Brecken and Alisa in a less than optimal situation. They prevail only to find out they must be separated once again. Ugh! But not even death can keep them apart.

One of the things I loved about this one was that the plot grew a lot. The first one was more focused on Alisa and Brecken's relationship. There was still plenty of plot, but it mostly set up what is happening in this book. The demons are making their move, and Brecken and Alisa are unwittingly at the center of everything.

The plot kept me engaged, and I liked the new characters introduced. Claire and Alisa's relationship was interesting to say the least, and I loved Jamie. My one big gripe is that i didn't like the switch from 1st person to 3rd person POV. I'm not a fan of 3rd person anyway, and I found the back and forth very distracting. It affected the flow and took me out of the story. Other than that I really enjoyed it though and the cover is gorgeous!