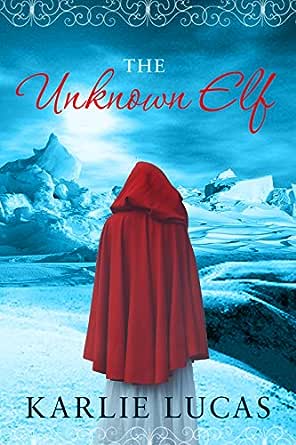 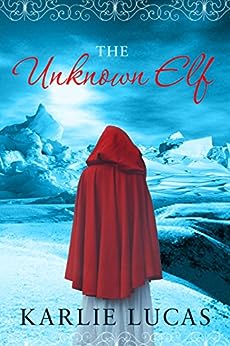 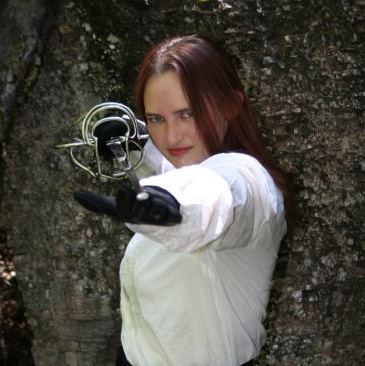 I had a lot of funwriting this book. I guess you could say that Disney's The Santa Clausewas a bit of a prompt and inspiration for the rough draft. Actually,this story started to take shape a year or so after that movie came into being.

I'd always played with the idea of Santa and his elves,but it wasn't until The Santa Clause came out that I really thoughtabout how I'd like my version of the North Pole to be. The story came as a sort of daydream while I was riding the bus to school. I think it was middle school/junior high. We had a long bus ride.

Anyway, I'dplay out the opening scene in my head, over and over again, imagininghow it would look, every detail as if it were a movie. And from there, I just kind of "viewed" the story in my mind, like a mini series. I hadto do it that way because the whole story couldn't fit in during thecommute to and from school.

Over time, the characters evolvedfrom their very rough state to become the "people" they are now. I evenused to pretend I was Marie and would sometimes act like her at school. I had this music teacher who was totally chill with me doing that and wehad a sort of code so he'd know when I was pulling Marie out of mypsyche. On those days, I'd wear magnetic earrings. I don't usually wearjewelry. But on those days, he knew I was taking on the personae of that character.

I even kept a journal as if I were Marie, doing anobservation stint with the middle/junior high schoolers. (Check out theappendix of my book for a definition of what observers do.) I think Istill have some of those journals somewhere in a box. And who knows?Maybe I'll use them in a sequel someday.

Over all, The UnknownElf was an exploration of the myth of Santa and his elves. I hope itpushes things further for all my readers, and makes those charactersmore real, more human, in a way. At least that's my goal. And I hopethat everyone who reads it gets a feel for the real spirit of Christmasand the real version of the North Pole for how it should be.

Karlie Lucas is a preschool teacher by day and a writer/artist by night. A graduate of Southern Utah University, Karlie received a B.A. in Creative Writing, with a minor in art. She is a member of Sigma Tau Delta, The International English Honor Society, as well as ANWA, the American Night Writers Association. Karlie is interested in all things magical and mysterious, especially elves and dragons. She is an avid fan of J.R.R. Tolkien and J.K. Rowling. When not writing, Karlie can often be found drawing, baking, watching her favorite old school shows, or just spending time with her family. Karlie currently resides in Dallas, Texas with her husband and a cat named Kally. --This text refers to an out of print or unavailable edition of this title.

Caryl Kane
2.0 out of 5 stars Not For Me
Reviewed in the United States on February 27, 2020
Marie, an elf, wakes up in North Pole City. She's found by Clarence, Santa's right hand elf. Marie is haunted her past. A madman has threatened the North Pole Organization. If he isn't stopped, Christmas may be canceled.

This young adult novella was just not the book for me. I had a difficult time getting into the story. The story didn't flow well. Although it is a quick, clean read.

I won a copy. All views expressed are my honest opinion.
Read more
Helpful
Report abuse

Nicole C
5.0 out of 5 stars A unique story about the North Pole and elves.
Reviewed in the United States on January 4, 2015
I was given this ARC for an honest review.
I give this book 5 stars and this is why. I love how this author gives a different spin on the whole North Pole and Santa theme. The Elves weren't your normal cute, loving elves. These were hard working with personality and one in particular had a rough character. This story was a darker book and I just really got into it. From the moment I started this book until the very end. I fell in love with the strong female elf character Marie. Clarence finds Marie in the snow almost dead. They had an instant connection he didn't understand. Marie has many scars and healing, she is trying to recover from. Santa makes Marie his Emergency Replacement. He knows she is hiding from something, but doesn't know what. Will it destroy the North Pole and Christmas is the question? Is Marie still in danger? This is a very unique story and I truly enjoyed it. I would highly recommend it.

ALYZ
5.0 out of 5 stars I love how Karlie
Reviewed in the United States on January 8, 2016
A quick read! I love how Karlie, the author, has divided her story into small, yet very detailed chapters. Karlie does a great job providing enough details of her characters as if you really can see them face-to-face. She also provides a glossary/appendix describing more in-dept of her North Pole creation should you have any questions throughout the book. The Unknown Elf is a blend of suspense, romance, humor, and fantasy all nicely packaged in a fun Christmas story. This would make a fun Christmas movie! I already have my popcorn ready to watch...!
Read more
One person found this helpful
Helpful
Report abuse

Amazon Customer
5.0 out of 5 stars A story of it's own!
Reviewed in the United States on November 22, 2014
Great story! Engaging and definitely a nice escape from your average north pole pap that we get crammed down our gullets at the end of every year!
Read more
One person found this helpful
Helpful
Report abuse

rogerdpack
5.0 out of 5 stars Five Stars
Reviewed in the United States on November 12, 2015
santa murder mystery for the win!
Read more
One person found this helpful
Helpful
Report abuse

Amazon Customer
5.0 out of 5 stars Different in a great way!
Reviewed in the United States on November 22, 2014
Tired of the usual syrupy sweet holiday stories? Blizzards, suspense, and a villain. Shweet.
Read more
One person found this helpful
Helpful
Report abuse
See all reviews

Jean-Bob
2.0 out of 5 stars I didn't like it...
Reviewed in Italy on January 7, 2016
Verified Purchase
It's not this book is badly-written, but sadly I found it confusing and boring and depressing and too dark and so on...
Read more
Report abuse
See all reviews