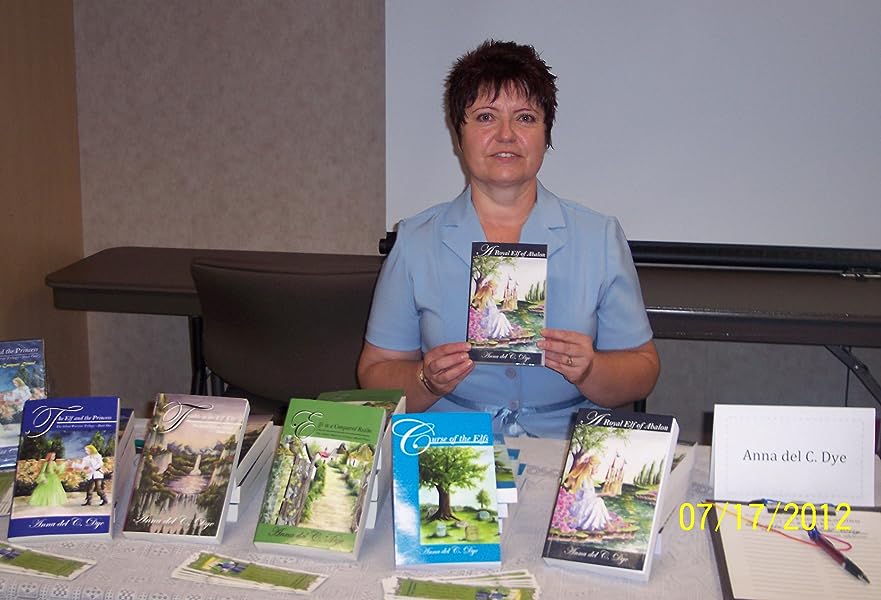 The Elf and The Princess: The Silent Warrior Trilogy - Book One Paperback – October 1, 2007

The Elf and the Princess it is a good story . The characters are interesting, their backgrounds mysterious, with good action scenes. -- 'TCM Reviews for Book, Reviewed by Dr. Tami Brady

This tale is skillfully written. The plot is interesting and grabs the reader's attention. The characters will enchant the reader. -- by Debra Gaynor for ReviewYourBook.com

Being a big fan of fantasy, I was looking forward to reading part one of this trilogy. After the first chapter I became a little skeptical, thinking maybe this was intended for a much younger audience. What I instead found was that Anna del C. Dye had done an absolutely spectacular job at turning this into a book that lured both young and old readers alike. I think I can describe it best by comparing it to Harry Potter. With that series, any age group can read it and fall in love with it. This is the same for The Silent Warrior Trilogy; I loved it, my ten year old cousin would love it, and my mother would love it. This alone proves the immense talent of Anna del C. Dye.

Adren is the sole survivor of her homeland, Menarm. While all of her people are being slaughtered, she is up in the mountains training with a skilled warrior to learn how to fight like him. Adren's mother, the queen of Menarm, allowed her daughter to enter into this training after much begging on Adrens part. Paletin, the Prince of the North Kingdom, is the one who discovered the ruins of Menarm. Adren's mother, who kept herself alive until someone happened upon her land, gave him a letter with instructions on it, and then died in his arms. Vowing to avenge her death and follow out with her wishes, Paletin seeks out Adren.

Adren and Paletin follow the letters instructions to head to Lothia, the elf city, to meet Tadren, one of the head Elves. On their way, they get sidetracked and realize that a big battle is about to take place. The same group that killed everyone in Menarm is spreading out, hoping to cause more destruction. Adren and Paletin decide to help fight them, as they both are extremely efficient warriors. Adren decides that she does not want anyone to know that she is a woman, for fear they will not let her fight, so she dubs herself the Silent Warrior and stops talking altogether with a helmet on her head.

Once the fighting is done, Adren soon meets many important people who help her unlock the secrets of her past. She finds out not only who her true parents are, and who she really is, but also her soul mate. Anna del C. Dye does an amazing job at keeping the reader entertained. She really gets you to fall in love with all of the characters. With her knowledge of swordsmanship, I felt as though I was right beside the brave warriors as they fought for peace and freedom.

I particularly liked how she did not go into too much detail of the battles. Don't get me wrong, Anna del C. Dye did not leave you without description of everything going on, but I find in a lot of fantasy books, when there are big battles, the description goes on for pages and pages and pages. I feel as though she gave her readers just the right amount of detail to be able to picture it all happening in your mind.

I would recommend this book to anyone looking for a book that is well put together. It is very evident to see the amount of planning and precision that Anna del C. Dye took in writing this. She will not disappoint!