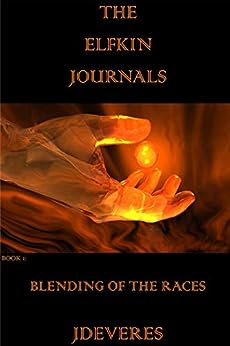 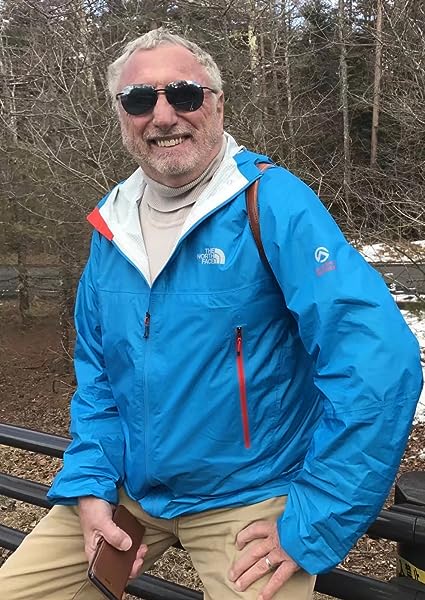 The Elfkin Journals: Blending Of The Races Kindle Edition

by JDeVereS (Author) Format: Kindle Edition
See all formats and editions
Sorry, there was a problem loading this page. Try again.

"The Elfkin Journals: Blending of the Races" (Adventure Fantasy)

Warder Garith De' Graoin and Doctor Lan De Tian lead a team of "Misfits" on a quest to save their universe from a plague that is sweeping through an entire civilization. Utilizing the power of bonded mind stones, they shape the energies of the universe to reach across time and space seeking out the enemy.

As the most elite team of Warders in the Elfkin Federation... they are assigned the responsibility to enter an alternate universe... find the weakness in the aggressor's system and stop the plague. Unfortunately, the enemy they face possesses genetic mutations that make them the equivalent of 'minor gods'.

What can this tiny team of 7 multi-racial Elfkins do against an entire Empire?

WIN! They either win or two civilizations will devolve into primal chaos.

˃˃˃ Scroll up and grab a copy today. ...In the tradition of Tolkien and Asimov this novel invites you to step into new worlds of thought!

First published in his early twenties as both a poet and magazine article writer… he produced countless technical publications throughout his professional career, but forever dreamed of writing quality fiction... THE ELFKIN JOURNALS is the beginning of his dream fulfilled!

Phillip P Macko
5.0 out of 5 stars Wonderfully written!
Reviewed in the United States 🇺🇸 on September 21, 2020
Verified Purchase
I thoroughly enjoyed immersing myself in this world. The characters are rich, well-developed and come to life on the page. Beyond the story is the message, and a powerful one at that. Can't wait for the next installment!
Read more
Helpful
Report abuse

Kindle Customer
5.0 out of 5 stars Read this book!
Reviewed in the United States 🇺🇸 on September 10, 2020
Verified Purchase
If you like Sci-fi and Fantasy you will love this. The Elfkin Journals combines the best of both with a touch of "Green" philosophy and action packed adventure.
Read more
Helpful
Report abuse

Amazon Lover
4.0 out of 5 stars Good Read
Reviewed in the United States 🇺🇸 on March 24, 2021
The author does a good job of developing the characters. I tend to be a fan of books that blend fantasy with some reality. This book delivers on that.
Read more
Helpful
Report abuse

Rose
4.0 out of 5 stars Fun adventure story with lots of elves
Reviewed in the United States 🇺🇸 on January 19, 2021
Now this is a great elf story! I find that too many books that feature Elves are copy cats of Tolkien, not this one! It has it's very own unique qualities. Which I find charming and delightful. Theres a lot of unique things about this book that sort of reminds you of our real world, especially with all the types of Elves, society, etc. And I love that about books that hit it right. A nice blend between fantasy and our own world (while still being completely fantasy). A fantasy book with real world science, too. Love it.
Read more
Helpful
Report abuse

Diana Skittel
4.0 out of 5 stars an interesting science fiction for all ages
Reviewed in the United States 🇺🇸 on January 27, 2021
I do like sci-fi a lot so the book grabbed my attention and got me really interested from page 1, however, I felt like it went a little flat a little later.
Read more
Helpful
Report abuse

Jack
5.0 out of 5 stars Great Fantasy/Sci-fi Book
Reviewed in the United States 🇺🇸 on February 3, 2021
This is a very well written fantasy/sci-fi type of story. The author does a great job at portraying this amazing world and its culture. This was a truly enjoyable read.
Read more
Helpful
Report abuse

Amazon Customer
3.0 out of 5 stars The Elfkin Journals: Blending Of The Races was not what I expected.
Reviewed in the United States 🇺🇸 on August 15, 2020
Arianna and her husband, Eirin, have been in love and married for more than 50 years. Although I like a fast-paced adventure, I enjoyed the interaction between the couple. I rather read an adventure that shows a story than one that is telling the story. Spoiler alert: I like Warders in most of the games I play and stories I read. I think one of my favorite parts of this story is when The guy thought he had removed Cookie's hand only to have it reattached. I love the confusion of the torturer when the "victim" disappeared. My least favorite aspect is the use of females as "breeders".
Read more
Helpful
Report abuse