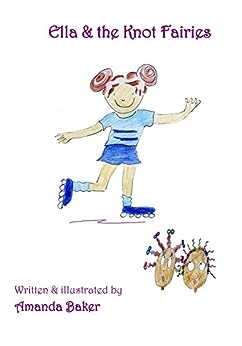 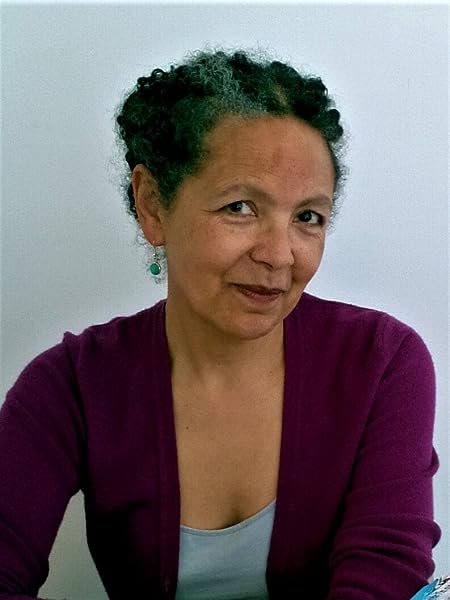 by Amanda Baker (Author) Format: Kindle Edition
See all formats and editions
Sorry, there was a problem loading this page. Try again.
Ella & the Knot Fairies is a whimsical, contemporary fairy story written in verse.
It celebrates the magical relationship between mothers, daughters and hair and growing up in a mixed-race family.
Read more
Previous page
Next page

Hi. I am an author and poet and I regularly mix up prose and poetry in my work.

I realised writing was a thing when I received my first poetry prize aged 6 at my much loved local library in Leamington Spa. In the real world I've been, among other things, an elected city councillor and a lawyer. I have three beautiful daughters and I'm a granny.

I do comedy / spoken word, have performed at many UK festivals including the Leamington Peace Festival, Newcastle Pride Festival, Newcastle Green Festival, the Doune Festival and the Edinburgh Fringe 2010/11/12/14 I've played venues from Edinburgh to Brighton, the back rooms of pubs and comedy clubs to major venues such as The Sage. In December 2018 I previewed my one woman show Just Words in Edinburgh. My political letters are regularly published in UK newspapers.

One of my page poems was shortlisted in the Bridport International Poetry Prize 2011 and a comedy piece called Snail Love appears in The Iron Anthology of New Humorous Verse 2010.

My adult novels include -

and now I have a comedy sortofautobiography

Maybe I'm not a Pigeon

(My lives and me in Ten Houses)

plus my comedy novel - Sex Violence & the Wrong Mobility Scooter

As well as being a finalist in a national sitcom writing contest (despite ditching television in 1999) I was quarter finalist and finalist in two separate national stand-up comedy competitions. I was shortlisted in the Virginia Wolfe short story awards. My apocalyptic short story The Remainder was published in ROOT anthology 2013.

My environmental audio story poem for children - Casey & the Surfmen - is available directly from bandcamp https://amandabaker.bandcamp.com and as a book here on Amazon.

Ella & the Knot Fairies, my first verse/picture book for young children is now also available as is my sci fi novella - Zero One Zero Two.

I run a weekly satirical blog at

For 3 months in 2021 I presented my own social debate radio show from Glasgow.

victoriamallon
5.0 out of 5 stars Five Stars
Reviewed in the United Kingdom 🇬🇧 on October 16, 2016
Verified Purchase
Loved reading this to my kids , quirky and fun .
Perfect for mumies with Daughters!
Read more
Report abuse

R.B
5.0 out of 5 stars AMANDA'S KNOT FAIRIES TOUCHES THE SPOT
Reviewed in the United Kingdom 🇬🇧 on November 15, 2016
Verified Purchase
Grandparents, uncles and aunts will be thrilled to have stumbled on this delightful stocking filler for their relatives and friends.
Although this is a fun picture book which children will love, there is an important message about image and identity. Hair and hairstyles provide a means for us to present ourselves to the world. It can be disappointing when reality differs from our expectation.
I recalled the distress of my youngest daughter who could not understand why her could not be put in the same style as her older sister who's hair was of a different texture.
The story of Ella and the knot fairies would have explained it, until she reached the developmental stage to fully appreciate beautiful quality of her own hair.
Read more
Report abuse

Amazon Customer
5.0 out of 5 stars Insightful sweet book
Reviewed in the United Kingdom 🇬🇧 on October 30, 2016
Verified Purchase
Lovely writing as always and loving the quirky illustrations - perfect gift for little girls
Read more
Report abuse
See all reviews
Report an issue
Does this item contain inappropriate content?
Report
Do you believe that this item violates a copyright?
Report
Does this item contain quality or formatting issues?
Report