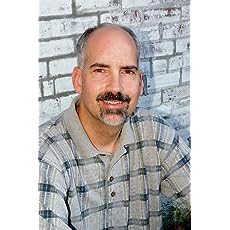 Elmore Hammes is primarily a writer of fiction. His short stories have appeared in publications ranging from obscure e-zines to nationally distributed magazines. His writing is as eclectic as his reading habits, including young adult fantasy, science fiction, contemporary literature, humor and superhero stories.

He participates in Mainstage Community Theatre in Anderson, Indiana. His favorite roles would include Jonathan Brewster in Arsenic and Old Lace, Professor Marvel in the Wizard of Oz and Uncle Barnaby in Babes in Toyland.

Twice a year, he goes on mission trips with St. Patrick's Church of Oxford, Indiana to help build homes in Mexico.

He shares his home with two cats, Chuck and Snuggles, although Snuggles does not acknowledge Chuck's existence. He volunteers for the Animal Protection League in central Indiana, and is currently fostering Holly, who was unhappy with being caged at the shelter. If she decides to play nice with the current residents, she may just stay!
Read more 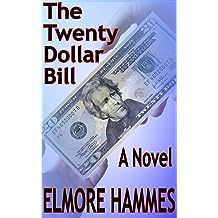 The Twenty Dollar Bill Nov 22, 2007
by Elmore Hammes
( 112 )
$3.99
Follow the path of a twenty dollar bill as it is stolen, given, spent or otherwise passed from person to person, traveling from place to place.

No bombastic explosions, steamy sex scenes, political intrigue or cosmic encounters. Just slices of life from the people you walk by every day - glimpses into how ordinary people interact, how they think, how they feel and how they love. 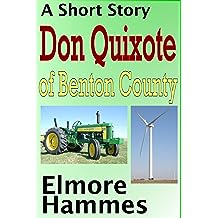 Don Quixote of Benton County Feb 21, 2012
by Elmore Hammes
$0.99
In "Don Quixote of Benton County", farmer Roscoe Cooper is disheartened by the changing landscape of the corn fields of Indiana. Massive wind farms with hundreds of wind turbines have altered the appearance of the horizon from his multi-generational family farm. After an afternoon of drinking, Roscoe decides to protest the wind farms with his own version of "Man of La Mancha".

A short story (1,000 words), general fiction, and age appropriate for teenage readers and above.
Read more 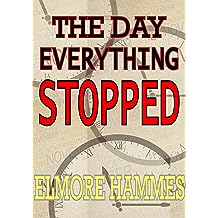 The Day Everything Stopped Mar 14, 2012
by Elmore Hammes
( 23 )
$3.99
November 1, 2010, at 11:15 a.m., everything stopped. This was very fortunate for Mark Andrews, a rather unfocused young business analyst who had just been accidentally knocked in front of the Number Seven bus along Eighth Street in downtown Kanapolis. For the bus did not collide violently with Mark's body. Instead, when he opened his eyes after not getting run over, he saw the bus inches away from him, the driver looking at him with a frozen look of terror on his face. Frozen being the operative word, as the driver, the passengers, the bus - the world - was frozen, immobile, with the sole exception being Mark Andrews.

Mark isn't a scientist. He isn't out to save the world. He doesn't have a clue as to what is going on or why. But the phenomenon opens his eyes to the world around him in ways he would never have imagined.
Read more
Other Formats: Paperback 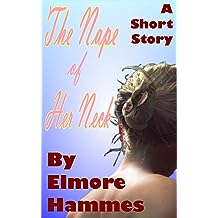 The Nape of Her Neck Mar 7, 2012
by Elmore Hammes
$0.99
A scientist struggles to recreate the scent of his lost love, the smell from when he nuzzled against the nape of her neck. A short story (1,200 words).
Read more 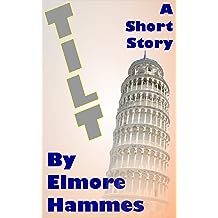 Tilt Mar 7, 2012
by Elmore Hammes
( 1 )
$0.99
A short story (2,000 words) about a man who leaves the United States to forget about a failed romance, but is unexpectedly reminded of his love by the tilt of the Leaning Tower of Pisa.
Read more 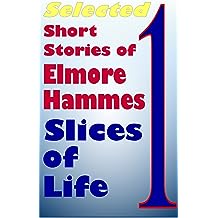 Selected Short Stories of Elmore Hammes, Volume One: Slices of Life Mar 5, 2012
by Elmore Hammes
( 1 )
$2.99
This collection contains 8 short stories by Elmore Hammes. The stories focus on the ordinary world, and how the events and people surrounding us impact our lives.

Included in this first volume are the following stories:
After the Funeral
Bread of Life
Don Quixote of Benton County
The Nape of Her Neck
Porch Swings
Skateboarders Save the Universe
Three Avenues of Escape
Tilt
Read more 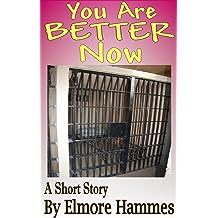 You Are Better Now Feb 29, 2012
by Elmore Hammes
( 5 )
$0.99
In this short story (2,200 words), you are taken into the mind of a recently released prisoner, a man who has spent the previous 28 years of his life incarcerated. A simple shopping trip at Wal-Mart exposes his vulnerabilities and sheltered life, struggling with choosing what type of soap to purchase, seeing how the people around him have changed since he was last free. He - and the reader - is forced to consider how serious he is about his reformation.

Some suggestive thoughts make this best suited for teenage readers and above. 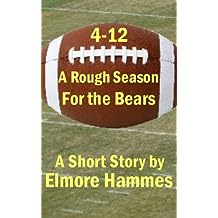 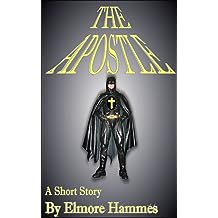 Walter Dodge has superhuman abilities and decides to use those to strike the fear of God in the criminals around him, taking on the role of the vigilante superhero The Apostle. His assault on drug pushers leads him into an encounter with more law abiding heroes.

A short story (2,500 words) by the author of the semi-dark superhero novel, Questionable Heroes.
Read more 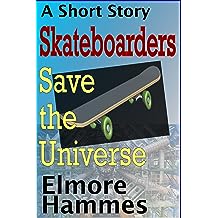 His skateboarding son Tommy is part of the Anti-Collider coalition, and determined to stop the experiment.

This conflict will serve to bring better understanding to their father-son relationship.

A short story (2,600 words), general fiction, and age appropriate for teenage readers and above. 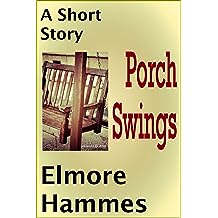 Porch Swings Jan 13, 2012
by Elmore Hammes
$0.99
A short story (approximately 2500 words) about a young woman in New York who comes to an abrupt realization that she doesn't even recognize her neighbors after living in the same apartment for five years. She resolves to do something about it - to bring the feeling of "Mayberry" to her life.

This story first appeared in the August 2009 issue of the nationally distributed magazine St. Anthony Messenger, and is now offered for Kindle by the author.
Read more 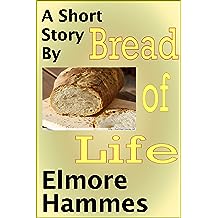 Bread of Life Jan 12, 2012
by Elmore Hammes
( 1 )
$0.99
A short story (approximately 3,000 words) about a mobster who finds a naive and innocent man - a stooge - to transport his drugs. The stooge has an unexpected humanizing effect on the criminal.