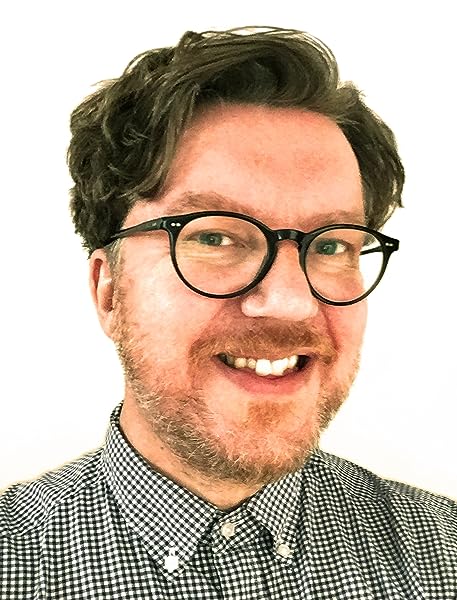 PreS-K-Elsie is a brave little girl, but terrified of haircuts. To shake things up, her parents send her to a hairdresser who is a vampire. Before cutting the child's hair, Boris gives her a tour of his home, pointing out a painting of his father, who is also scared of haircuts. The father disapproved of his son's career choice instead of his being a "proper vampire." As Boris finishes his story, the father leaps into the room with a howl, and an angry chase ensues. Elsie ends it by yelling, "You should be proud of your son. He's not a monster like you." The father starts to cry and acknowledges that she is right. He just wishes that his son hadn't chosen such a scary profession, and Elsie realizes that her fear is just plain ridiculous. Boris cuts their hair and they are thrilled with the results. The bright, cartoon characters and objects are placed over textured backgrounds such as wallpapers, rugs, and tweed. The result has an appropriately Georgian feel. This book would be a great addition to family hair-salon waiting rooms, and for kids who love silly vampires.-Amelia Jenkins, Juneau Public Library, AKα(c) Copyright 2013. Library Journals LLC, a wholly owned subsidiary of Media Source, Inc. No redistribution permitted.

Ged Adamson is a published cartoonist and illustrator. His cartoons can be found in magazines such as Punch and Prospect, as well as in books, on television, and in films. Elsie Clarke and the Vampire Hairdresser is his first children's book. Adamson currently lives in England with his wife Helen and son Rex.
Start reading Elsie Clarke and the Vampire Hairdresser on your Kindle in under a minute.