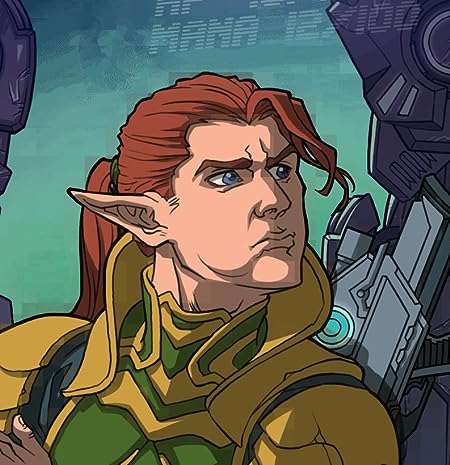 Elven Steele was born in the previous century, but would hasten to add that he is not technically an immortal. He loves Sci-fi, fantasy, retro gaming, comics, art, and (of course) writing.

Disclaimer: Despite a name that suggests otherwise, Elven Steele should not be used to forge melee weaponry for the purpose of stabbing orcs. Attempting to use the author for this purpose will produce disappointing results, and will probably invalidate the guarantee.

What Elven Steele can be used for, is writing; specifically, providing the Kindleverse with GameLit tales of digital depravity, interspersed with juvenile humour, mechs, violence, and the occasional exploding unicorn. Sorry, did I say exploding unicorns? I meant to say character development.

Oh all right then, you can have a little bit of both... 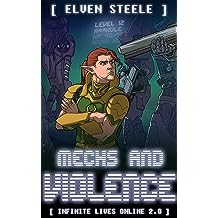 My name is DeadPixel. I’m really living up to my username…

A quick note to any player who may be considering joining my party: the fact that I am currently on fire is not a cause for alarm. And the fact that my special skill involves getting repeatedly and horribly murdered isn’t going to cause a problem either, I swear. And do you want to know why that is? Because I have the one thing the rest of you noobs can only dream of... infinite lives.

So what if my Wizard's gone on an unexpected journey to the off-licence. By the time I've left the battlefield, those mech enhanced pix-holes won’t know what hit them... because I’ll be running away so fast, they won’t have the chance. 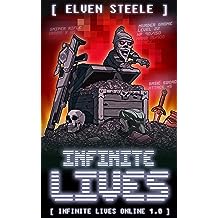 What I wanted, was an escape from reality. What I got, was the Lord of the Rings on f***ing amphetamines. A glitching garbage-fire of a game. As I write this, I’m trapped in a MMORPG with a horde of unstoppable murder fiends, a clingy nemesis, and a pack of players who couldn’t give two tugs of a Donkey Kong’s you-know-what whether I live or die. The wrong end of my flaming sword keeps catching fire. The only NPCs who want to have sex with me are members of the Gnome community. And to make matters worse, I can’t log out.

Um, I did mention the tank full of heavily armed soldiers in mech suits who just arrived, right?

I am so screwed…

More swearing than Ready Player One. Less words than Lord of the Rings…