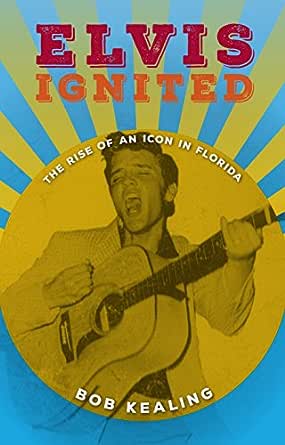 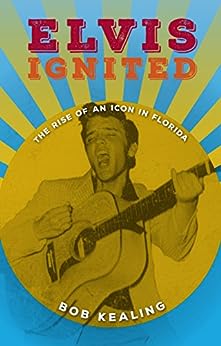 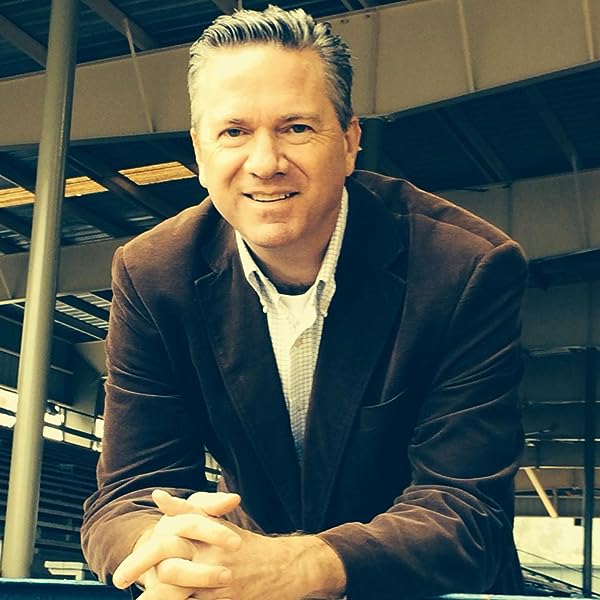 Elvis Ignited: The Rise of an Icon in Florida Kindle Edition

"Kealing's 'Elvis Ignited' captures a legend's beginnings in Florida. This is the Elvis that created the legend: young, beautiful, raw and revolutionary, a shot of pure energy into mid-century America."

"A persuasive argument that Presley’s "moonshot" to fame could not have happened without Florida. . . . Deftly captures a pre-Interstate Florida where an anonymous Presley would be traveling for grueling hours down every two-laner in the state in his signature automobile."--Palm Beach Post

"I don’t think there was a better time and place to be a teenager than in Florida in the 1950s. It was such a magical place. Elvis is part of what contributed to that excitement."--Bob Graham, former Florida governor and United States senator

"Kealing tells us the story of what happened when Elvis arrived in Florida and what role the Sunshine State played in his life and musical career. This is a critical era in the Elvis Saga."--William McKeen, editor of Rock and Roll Is Here to Stay: An Anthology

"A Florida-centric look at his 1956 breakout state for people who thought they knew everything about Elvis."--Joel Selvin, author of Altamont: The Rolling Stones, the Hells Angels, and the Inside Story of Rock’s Darkest Day

"Presents a great picture of what it was like to be a touring musician in the 1950s and also of Florida at the time and how the culture was changed by the shock of Elvis."--Joy Wallace Dickinson, author of Remembering Orlando: Tales from Elvis to Disney --This text refers to the hardcover edition.

Bob Kealing, an Edward R. Murrow and six-time Emmy award-winning author and journalist, is author of Calling Me Home: Gram Parsons and the Roots of Country Rock; Kerouac in Florida: Where the Road Ends; and Life of the Party: The Remarkable Story of How Brownie Wise Built, and Lost, a Tupperware Party Empire. His research has lead to the establishment of three Florida Heritage sites: The Jack Kerouac House in Orlando, also in the National Register of Historic Places, Gram Parsons Derry Down in Winter Haven, FL, an historic listening room and Parsons' former 1964 teen club, and in 2019, The Birthplace of the Allman Brothers Band in Jacksonville, Florida.
--This text refers to the hardcover edition.

This book recognizes one-time Floridians like Mae Axton and Tom Parker for the crucial role they played in the rise of young Elvis. And while their male counterparts were dismissive and derisive of young Elvis, for the first time you'll read about how trailblazing female journalists across the peninsula painted a far clearer and balanced view of who Presley really was. --This text refers to the hardcover edition.
Read more

Larry Lewis
5.0 out of 5 stars How Elvis Shook Up Florida
Reviewed in the United States on July 13, 2017
Verified Purchase
There's a wealth of fascinating detail in "Elvis Ignited" on a pivotal era in Presley's emerging career....his 4 tours of the Sunshine State over 15 months in 1955-56. Kealing's attention to detail is exhausting but never tiresome. As is another reviewer, I'm an Old Florida buff and enjoyed Kealing bringing my state to life during that short period. I live one block over from a certain roadway down which (as Kealing notes) Elvis drove, on his way to a gig in St. Petersburg. Is that "history?" Not really, but it's details like that, applied to cities statewide, which make this book...and EP's story...truly come alive for me.

The importance of Florida to Elvis in those days cannot be overstated, which infuses this book with even more reason to exist. Kealing also reveals new (to me) personal details about a certain illegal Dutch immigrant (aka, Parker) and his MANY strong ties to Tampa. Worth the price of admission, right there. Imagine the 20-year old Elvis bottom-billed on a Hank Snow tour, opening with his 2 songs and then sitting out in the audience to watch the show, chatting with people around his seat...and Kealing finds one of those people who recounts his chat. This book is filled with such personal encounters and observations.

If you want yet another general Presley overview, look elsewhere; this book isn't for you. If you want a highly readable minute-by-minute recounting of 4 grueling tours placed in context with his rocket rise to fame, get this one.

I appreciate the value of solid research & preparation, intelligently laid out for the reader. It's obvious that, with "Elvis Ignited," Bob Kealing feels likewise. A classic "I was sorry when this book ended" read.
Read more
2 people found this helpful
Helpful
Comment Report abuse

Diane Wilson Thomas
1.0 out of 5 stars Disappointment from an Elvis fan
Reviewed in the United States on June 12, 2017
Verified Purchase
Very disappointed in the presentation. Choppy, too many references, dates go back and forth, didn't have smooth transitions. I had trouble getting through it on my kindle. Just a bunch of quotes put into a book format.
Read more
6 people found this helpful
Helpful
Comment Report abuse

Linda Crouch
4.0 out of 5 stars I enjoyed this book so much
Reviewed in the United States on July 27, 2017
Verified Purchase
I enjoyed this book so much. I grew up in South FL but never heard of Elvis until I heard "Heartbreak Hotel" the summer of 1956 when I was 11. I have read a lot of books about Elvis but I felt this book really shows us the hard work he, Scotty & Bill (and later D.J.) went through when touring during the hot FL weather and driving from one town to the next, sometimes from the West coast to the East coast, on the small roads of FL during the '50's. No 95 or the FL Turnpike back then. It reminded me of the terrible remarks that were said and written about him (but Elvis showed them all that he had talent and lasting power). I wish I had seen Elvis in these early FL shows but this book lets me into Elvis's life at this time in his early rise to fame. Elvis worked hard to gain his stardom and this book proves it.
Read more
2 people found this helpful
Helpful
Comment Report abuse

rac
5.0 out of 5 stars appreciated gift
Reviewed in the United States on April 6, 2017
Verified Purchase
bought this for my son and he said it is REALLY good
Read more
One person found this helpful
Helpful
Comment Report abuse

Valerie B
5.0 out of 5 stars Viva Elvis!
Reviewed in the United States on March 20, 2020
Verified Purchase
Great information about all his time in Florida. Learned a couple new tidbits. Thanks for your time & effort researching this subject
Read more
Helpful
Comment Report abuse
See all reviews

Pocohontas
3.0 out of 5 stars Disappointing!
Reviewed in the United Kingdom on March 15, 2017
Verified Purchase
Started out with high hopes that this book would be written by someone not just wanting to cash in on the 40th Anniversary year but also not wanting to tread the route of dismissing two-thirds of Elvis' career i.e. after the 50's and early 60's! Unfortunately after the first chapters documenting Elvis' early concerts in Florida which WERE interesting, and after discussing the film 'Follow that Dream' (already well documented in the David English/Pal Granlund book 'Elvis Preslely - Summer of '61), the book degenerated into the usual trite dismissal of all Elvis films as 'B-movies' (p.224 'The young rocker had morphed into a B-movie actor/singer') without reference to the type of films being made at the time or to the fact that Elvis was one of the highest paid actors of the 1960's also winning a couple of acting awards. Touching briefly on the great 1968 TV Comeback Special, the 1970's were then summarily dismissed although Elvis sold out concerts throughout the US and these years are fondly remembered by his legions of fans for his voice, presence, magnetism and humour. What a shame Bob Kealing could not have more fairly documented these without sensationalizing Elvis' final two or three years when he was so ill. Finally, I must also protest at the use of 'Presley' throughout most of the book rather than the name 'Elvis' by which he is always known. This indicates contempt for his subject, particularly as on page 11 when he refers to 'Presley, Scotty and Bill' - obviously only Black and Moore are worthy of their Christian names!...In the first two chapters alone, he uses the name 'Presley' only at least 52 times and the name Elvis only approximately 14 times and then this is mainly affectionately by people interviewed! This continues throughout the book. By and large I cannot heartily endorse this book and must add it to the 'OK only' pile as just another money-making effort. Shame.
Read more
2 people found this helpful
Report abuse
See all reviews