Elvis Presley: The King of Rock and Roll and millions of other books are available for Amazon Kindle. Learn more 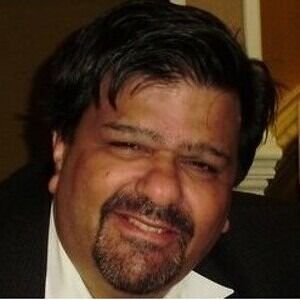 Elvis Presley: The King of Rock and Roll Paperback – December 26, 2020

Start reading Elvis Presley: The King of Rock and Roll on your Kindle in under a minute.

4.0 out of 5 stars
4 out of 5
7 global ratings
How are ratings calculated?
To calculate the overall star rating and percentage breakdown by star, we don’t use a simple average. Instead, our system considers things like how recent a review is and if the reviewer bought the item on Amazon. It also analyzes reviews to verify trustworthiness.

john
4.0 out of 5 stars Big John, Elvis Fan
Reviewed in the United States on January 13, 2021
Verified Purchase
Mr. D'Onofrio really nailed it. You cannot help but feel his passion for this national icon. The author repeatedly inferred how Elvis changed the trend in music. How at that the time what was being played was the generally accepted "mainstream" music. As Mr. D'Onofrio illustrates "liftoff"! Enter this out-of-bounds, mostly unacceptable even offensive at first magnetic electric sound that captivated our nation's youth!
Elvis' appearance on the Ed Sullivan show was the meteorite that ignited the musical universe! The author had me creating visions; imaging his performance!
I look forward to the next publication taking us even further into the depths of the Presley mystique.
Read more
2 people found this helpful
Helpful
Report abuse

phillipsdn
5.0 out of 5 stars Elvis Presley: king of Rock and Roll is a good read.
Reviewed in the United States on March 26, 2021
Verified Purchase
I just finished “Elvis Presley: The King of Rock and Roll” by Frank D’Onofrio that you can purchase from Amazon. This book is the true story from 1954 through 1956 of Elvis’ beginning and his rise to stardom worldwide. It is a very detailed and interesting book. I invite you to read and enjoy. Jerry Phillips 2nd son of Dewey Phillips
Read more

5.0 out of 5 stars Elvis Presley: king of Rock and Roll is a good read.
By phillipsdn on March 26, 2021
I just finished “Elvis Presley: The King of Rock and Roll” by Frank D’Onofrio that you can purchase from Amazon. This book is the true story from 1954 through 1956 of Elvis’ beginning and his rise to stardom worldwide. It is a very detailed and interesting book. I invite you to read and enjoy. Jerry Phillips 2nd son of Dewey Phillips
Images in this review

Soulmansblue
2.0 out of 5 stars INACCURATE, REPEDITIVE & NOTHING NEW!
Reviewed in the United Kingdom on January 6, 2021
Verified Purchase
I started reading this book from the introduction :Defining a King and contained within the first two lines there was a glaring mistake. 'on a hot August night of August 16, 1997, a man died.'

The man the book was referring to was Elvis. At first I put it down to a spelling mistake. Then some pages later while still reading the introduction: 'On August 16 1997, Elvis died. and..' That was just the beginning, the introduction to the book.

The book repeats everything it has to say, at least once or twice or even three or four times. Admittedly not word for word, but none the less it is a repeat of what was often said but a paragraph or two earlier or even a chapter later.. The quotes that are taken from other books, are inaccurate and things that took place are not told as they actually were. The time differences are as they happened.

Conversations that took place are misquoted and mixed with other conversations. The quotes that are used are in accurate. All of that and that's before you reach the end of chapter four. The book is in reality, unfinished, it quite likely hasn't been proof read. Little wonder as stated in the book, that when trying to get the book published, the author was constantly turned down, eventually self-publishing.

(From this point I have felt compelled to make numerous edits having read much further into the book) The book would have made for an interesting read, but for at best being somewhat misguided. In the world of Elvis misinformation, this book will only serve to add to that. As of now I haven't finished it and I'm wondering if it is worth doing so. How can anyone enjoy reading a book that misquotes, is inaccurate. I have found it to be extremely distracting. Reading chapter 5, I found nothing that hadn't in one way or another been said in chapter 4 and since I first started writing this review has continued to be the case throughout the book.

I want to read a book, without thinking, 'Hmm, that sounds wrong, or appears to be a repeat of what I've just read. This book is n my honest opinion nothing more than a poor draft of an idea. It could easily be shortened. And to say that is is but one of four books I believe I read that the author has written. I won't be purchasing the other three. I regret purchasing this one, but the write up sounded pretty good.

And yes, I've likely repeated myself within this review, but I think that only serves to emphasises my point. This book is lacking and needs further research and corrections to be carried out. Stupid pictures, removed such as the supposed picture of Sun Recording 's studio floor. Whether it actually is or not, can in no way be proved. What purpose does it serve, you couldn't even use it to define the spot it's pointing too.

Having now read much further into the book, it doesn't improve. Much of what is said is incorrect. The author claims for example that Elvis had never performed in front of a live audience before Dewey Philips first played 'That's All Right,' on the radio. That is wrong, Elvis first did so as a youngster at the Mississippi State Fair,' where he sang 'Old Shep.'

Elvis also performed on stage at Hume's High School, where he won the school talent competition. The list just keeps growing and adding to all of what I've said previously. I wonder if the author has ever actually read any part of what he has written. This book is clearly unfinished, never been spellchecked properly or proof read.

As I have read further through the book, I have noticed text at the top and the bottom that is not clearly printed, making it difficult to read what is written. I'm not going to attempt to read anymore. I am returning the book to Amazon, it should never have been published in this state. I've been an avid Elvis Fan for over 50 years and I recommend that you do not purchase it. There are so many reasons for such a recommendation, that I'd have to write a book to list them all.


Read more
Report abuse
See all reviews
Back to top
Get to Know Us
Make Money with Us
Amazon Payment Products
Let Us Help You
EnglishChoose a language for shopping. United StatesChoose a country/region for shopping.
© 1996-2021, Amazon.com, Inc. or its affiliates