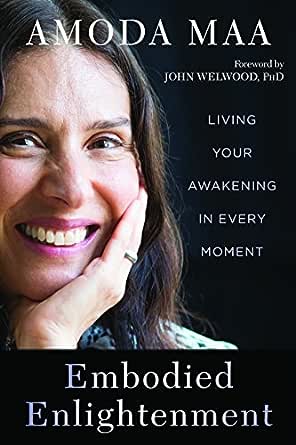 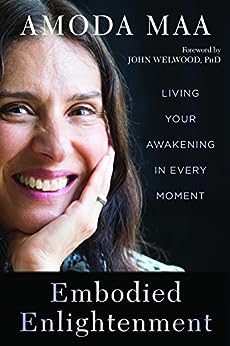 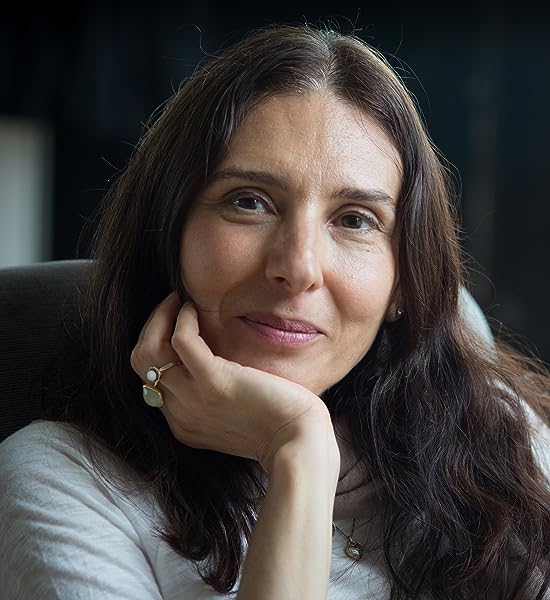 Embodied Enlightenment: Living Your Awakening in Every Moment Kindle Edition

Amoda Maa is a contemporary spiritual teacher, author, and speaker. After years of spiritual seeking, meditation, and immersion in psychospiritual practices, an experience of the dark night of the soul led her to a profound inner awakening. Then, after a long period of integration, she began speaking from silence in small gatherings. She offers meetings and retreats, and is a frequent speaker at conferences and events, attracting spiritual seekers and people looking for peace and fulfillment in an increasingly chaotic world. Her teachings are free of religion and tradition, and she brings to them a deep understanding of the human journey, born out of her own experience.

Amoda Maa is author of Radical Awakening (formerly How to Find God in Everything) and Change Your Life, Change Your World, both of which arose out of a mystical vision around the time of her awakening. In this vision, she was shown the key to humanity’s suffering and the potential for the birth of a new consciousness and world. Embodied Enlightenment is based on both her vision for humanity and the conversations on the cutting edge of spiritual inquiry in her meetings with people from all around the world. She lives with her husband and beloved, Kavi, in California. To learn more, visit http://www.amodamaa.com.

Foreword writer John Welwood, PhD, is a psychotherapist, author, and teacher specializing in the integration of Eastern spiritual wisdom and Western psychology. His books include Journey of the Heart, Perfect Love, Imperfect Relationships, and Toward a Psychology of Awakening.

“Amoda Maa is a fresh, clear voice of the grounded feminine who speaks directly to the heart of anyone hungering for lasting peace in a turbulent and uncertain world. The clarity of her realization shines forth through her words, as she calls for us all to consciously embody the living truth in our ordinary human existence.”
—Shanti Einolander, founder of ONE The Magazine

“Embodied Enlightenment eloquently challenges us to honestly and intimately meet our experience just as it is, and to awaken out of the trance of the perpetually seeking separate self. This is a deeply illuminating description of how an awakened life transmutes the ordinary arenas of relationships, work, sex, money, the body, and life purpose. A beautifully written, inspiring, and distinctly feminine call to consciously embody the unfolding edge of evolution. I highly recommend it!”
—John J.Prendergast, PhD, author of In Touch, adjunct professor of psychology at California Institute of Integral Studies, and psychotherapist

“Amoda Maa reminds us that enlightenment is not simply a transcendent spiritual orgasm into knowing ourselves as unchanging awareness; it invites us ever more deeply into our humanity, into the paradoxes of life, with an unconditional embrace. Her voice is a breath of fresh air in its precision and breadth, as well as its depth and down-to-earth parlance. I am sure Embodied Enlightenment will become a true companion to those willing to walk an integrated spiritual path.”
—Miranda Macpherson, author of Boundless Love

“Enlightenment has long been associated with an austere, recluse lifestyle. But today, people fully engaged in worldly responsibilities are waking up. Ancient traditions may not adequately support their awakening in the midst of ‘real-world’ concerns such as health, finances, relationships, et cetera. Amoda Maa is one of the brightest of a new generation of spiritual teachers who are meeting that need. She has been prepared for this role in a crucible of personal transformation, and is now fulfilling it admirably.”
—Rick Archer, creator and host of Buddha at the Gas Pump

"Given everything that is going on in the world today, more spiritual seekers are beginning to suspect that enlightenment isn’t only about living a life that transcends the material world. Seekers are beginning to realize it’s time to live their principles in the everyday world. This, of course, is more along the lines of the feminine awakened consciousness, something we’ve been told is trying to make its appearance in our world. ...
Touching on everything from relationships to work to the body, Amoda Maa teaches how to live a femininely embodied spirituality... She writes in an authoritative but supportive style that will challenge some closely held beliefs, but will also release readers into making some new choices in how they approach living their spirituality."
—New Spirit Journal

“Amoda Maa is a gracious and powerful guide who steers a clear and honest path through the mist of confusion and misunderstanding about the awakened state to hold a new, revelatory light to all that was previously unclear or speculated on. Here, the old, outmoded ways of viewing liberation are cast aside for a more informed, enriching vision of enlightenment—one that embraces our twenty-first-century sensibilities and shies away from nothing.”
—Stephen Gawtry, managing editor of Watkins Mind Body Spirit Magazine

“As the invitation to awaken from the dream of separation is being felt more strongly, both on a collective and individual level, so too arises the need for skillful guides familiar with this paradoxical new landscape. Amoda Maa is one such friend on the path; a gentle but rigorous companion on the journey of unfolding to being both fully awake and fully human. Embodied Enlightenment is a beautiful and precious gift to an emerging new humanity.”
—Julian Noyce, founder of Non-Duality Press

“With diamond-like clarity, a cup of compassion, and an almost poetic intensity, Amoda Maa debunks the myth of enlightenment, addressing many commonly held concerns and questions about the process of awakening. No topic is off limits in this conversation as she dismantles the scaffolding of our defenses, our beliefs—the very mechanism of seeking itself. I highly recommend this beautifully written and insightful book to anyone at any stage in their spiritual evolution. You are invited to dive in, face your personal wounds with ‘courage and tender honesty,’ challenge your assumptions, and root the full flowering of your consciousness in the very belly of your humanity.”
—Kirtana, singer, songwriter, and recording artist of songs for awakening
--This text refers to the paperback edition.