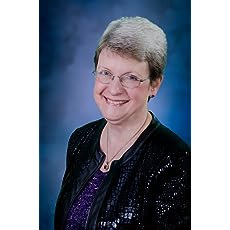 Author of eighteen romance novels under the pseudonym 'Emily Elliott', Emily Mims combined her writing career with a career in public education until leaving the classroom to write full time. 'Solomon's Choice' is her first romantic suspense and the first novel she has published under her own name. The mother of two sons, she and her husband Charles split their time between Central Texas and eastern Tennessee. For relaxation she plays the piano, organ, dulcimer, and ukulele. She says, "I love to write romances because I believe in them. Romance happened to me and it can happen to any woman-if she'll just let it."
Read more 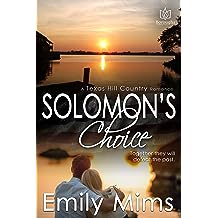 Solomon's Choice Oct 7, 2013
by Emily Mims
( 14 )
$5.99
ON CHRISTMAS DAY… the life of Dr. Caroline Stern changed forever. Her husband was murdered, her baby son kidnapped. When she found the boy again, he was with his biological father - a man Caroline never intended to meet.

There seems no obvious tie between Jack Briscoe and the violence of sixteen months prior, but Caroline just wants her son back - something Jack seems unwilling to grant. He wants the boy, too, and when a wily old country judge demands the two of them work out a shared custody arrangement, Caroline finds herself in Texas Hill Country for longer than expected.

Then she learns Jack wants her, too. And she might want him.

In the beautiful town of Verde, on the shores of Lake Templeton, she begins to rebuild her life. But the dark clouds of the past have not vanished completely, and one last storm of deceit remains. A choice must be made, and only the deepest love will see them through.
Read more 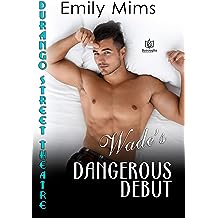 Everything in Wade Baxter's life is controlled and compartmentalized. To the world he's a laid-back, handsome, urban cowboy who's good at his job, is adored by his friends and family, and is the star of his city's community theater. But inside, a hideous dark lurks in the shadows of his psyche, and he cannot, will not let that ugliness show. When he meets Owen Aldrete, a man who's scars are visible – a former bomb squad cop who took a blast to the face - Wade is forced to confront his demons or he will lose the man he's fallen in love with, and he'll never get a lifetime to show Owen he's the most beautiful person Wade has ever known.
Read more
Other Formats: Paperback 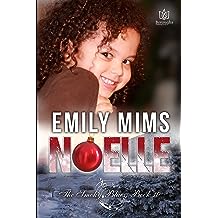 Noelle (Smokey Blues Book 10) Dec 6, 2018
by Emily Mims
( 11 )
$3.99
A VOW…
When Ike Jeffries married Cassandra Siler he believed in their future, and he couldn’t wait to meet their daughter, born on Christmas Eve. What should have been a blessed event turned into a nightmare when Cassie disappeared with their baby girl. With a hardened heart, Ike finds them five long years later and learns that everything he thought he knew about his wife and child was a lie.

AND A PROMISE
Cassie Jeffries loved her husband with all her heart. But after the birth of their daughter she discovered a horrible truth about the child that forced her to run for their lives. Crisscrossing the country until she found a new home, Cassie knew she’d done the right thing until Ike found them and demanded answers she wasn’t prepared to share. But life has a way of giving you what you need, and Cassie and her daughter needed the family they had left behind, even if it meant fighting for what was right, and for what she’d forsaken all those years ago.
Read more
Other Formats: Paperback 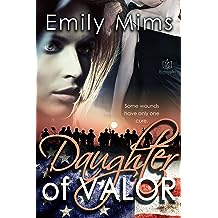 Daughter of Valor Jan 8, 2015
by Emily Mims
( 9 )
$4.99
When wounded war hero Holly Riley comes home from Iraq to the Texas Hill Country to build a new life for herself, she has no idea she’ll find danger—and true love.

DANGER AT HOME
Wounded war hero Holly Riley has come back to Texas, to the lakeshore community of Heaven’s Point. Here, intending to recover from her injuries and build a new life with a band of injured veterans just like herself, she finds temporary work as a nanny with the charismatic Jimmy Adamcik. The handsome congressional candidate almost makes her forget her distrust of politics, and in his arms nothing else seems to matter. But Holly is right to fear. Jimmy will soon find himself sucked deeper into the seamy side of the political process, and an old enemy will reappear and target Holly’s soldiers one by one. Only strength and valor will win this fight. And true love.
Read more
Other Formats: Paperback 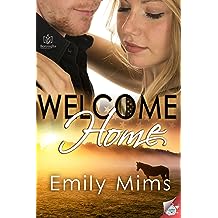 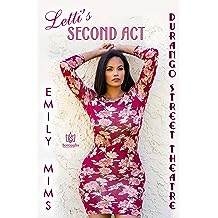 Letti Aldrete’s dreams fizzled some eighteen years ago, but that doesn’t mean her daughter can’t live the life Letti always wanted. Sure, some people think she’s the stage mother from hell, but she won’t be denied. Letti is happy enough acting in the community theater’s productions, but increasingly, the leads are going to younger women, and Letti is pissed off. She looks good. Could play twenty-five with the right makeup, wigs, and costumes, and everyone agrees she’s the powerhouse female talent at the Durango Street Theatre. When her daughter is cast in a minor role in the theater’s newest production, Letti blows up, and does it in front of a one-night stand who is fifteen years her junior. Five years ago, delicious Kevin Summerset had been a wild, unforgettable night, but no way will there be a repeat performance, and no matter what he says, Letti’s not going there again. Kevin has other ideas.
Read more
Other Formats: Paperback 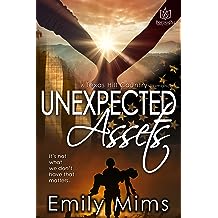 Unexpected Assets (Texas Hill Country Book 6) Jun 12, 2015
by Emily Mims
( 6 )
$2.99
With Emily Riley’s love, Iraqi War veteran Jason Donahue learns that it’s what inside a man’s heart that shines through and makes him worthy of a blissful forever.

After three agonizing years of surgeries and rehab, U.S. Army veteran Jason Donahue is ready to leave the Iraq War in the past and rejoin society. Yet, no matter the success he achieves at work, people wince every time they see him.

Everyone but Emily Riley. From the first, the beautiful redhead looks past his disfigurement and sees him. In return, Jason wants to buy her everything she deserves, starting with her dream home and going from there. Yet Emily has scars of her own, a past she’s not ready to reveal. Only when they both come clean, when they view each other through eyes of trust and love, will they know that, when a good man and a good woman give each other their heart, the two will always have more than enough.
Read more
Other Formats: Paperback , Mass Market Paperback 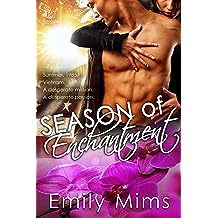 Season of Enchantment Nov 27, 2014
by Emily Mims
$4.99
In 1985, to save a friend left behind in fallen Saigon, a young woman will undertake a desperate mission - and discover an even more desperate passion.

THE RESCUE
1985. Before cell phones and Facebook, before Glasnost and our brave new world, America and Communism remained at odds. Vietnam was a front line, and when it fell, there were those left behind. Like Debbie Cheong’s friend Li. Yet there was hope…if someone was willing to go in after her.

Only one man was up to the job. Cold and ruthless, mercenary Ben Sako lived by his own rules and trusted no person or feeling. The ex-Green Beret would take the mission for a price, and he would demand more of Debbie than she expected to pay. But the expedition would also reveal an undeniable attraction and a soul of powerful sensuality - and deep feeling. Debbie’s upcoming journey would be filled with danger and desperation, passion and peril; it would rescue an innocent from imprisonment and a man from himself. It would be a season of enchantment worth any price.
Read more 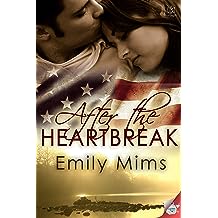 After the Heartbreak Sep 17, 2014
by Emily Mims
( 4 )
$0.99
After facing horror and heartbreak alike, two U.S. veterans of the Iraq war are about to find their happily-ever-after.
Read more 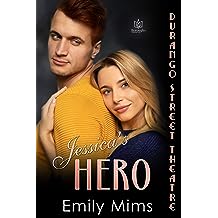 It took the Academy Director of the Durango Street Theatre, Jessica Clary years to get over her husband’s death - a bomb squad officer who died in the line of duty. After growing up with a cop father, she knew all too well she was not meant to be waiting all night worrying, never mind being widowed again. She has a son who never knew his dad, and refuses to set him up for a lifetime of heartache. Then SWAT officer Brian Howard dances his way into her life, and she had to make a choice: be happy or be safe.
Read more
Other Formats: Paperback 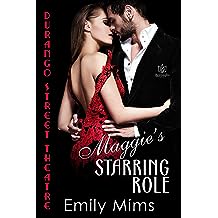 Maggie Gutierrez’s job is to keep the Durango Street Theatre afloat financially. In other words, she spends her days sticking her hand in people’s pockets in the hopes of pulling out cash. Well, euphemistically. The Harrington Foundation grant would go a long way to ensuring the theater’s continued survival, but the administrator of the grant is the guy she used to crush on in a big way, and the last time they saw each other…let’s say things didn’t go so well. As in, he blames her for his father’s death. Soooo…what’s a girl to do? Anything she can to get that grant, including spending time with him, which takes them down a road that might just lead to a forever neither envisioned.
Read more
Other Formats: Paperback 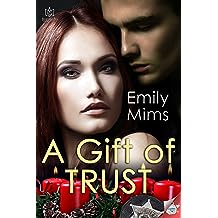 A Gift of Trust Oct 2, 2014
by Emily Mims
( 3 )
$0.99
Caught in an innocent but extremely compromising position, Lisa Simmons lost the handsome Deputy Rory Keller, but this Christmas is going to see both Rory and Lisa get what they want--and need.
Read more