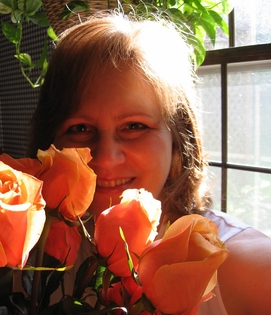 “A droll fantasy with an old-fashioned sweep and a positively cinematic cast.”—Publishers Weekly, starred review
“A mystery is cleverly woven into this fun and, at times, hilarious caper, and children are likely to find themselves laughing out loud . . . a delightful read.”—School Library Journal, Starred Review
“Jonell takes readers on a merry, sometimes scary romp [that] turns smoothly on its fanciful premise and fabulous characters. As in so many stories featuring a rat, the sneaky rodent gets the best lines.”—Booklist, Starred Review
“Fun and funny, this fast-paced page turner appropriately begins and ends with the unforgettable Rat in an acrobatic flip-book feature.”—Kirkus Reviews

Lynne Jonell is the author of the novels Emmy and the Home for Troubled Girls and The Secret of Zoom, as well as several critically acclaimed picture books. Her books have been named Junior Library Guild Selections and a Smithsonian Notable Book, among numerous other honors. She teaches writing at the Loft Literary Center and lives with her husband and two sons in Plymouth, Minnesota.
Jonathan Bean has a master’s degree in illustration from the School of Visual Arts in New York. He has illustrated several books for young readers, including Mokie and Bik. He lives in New York City.

Start reading Emmy and the Incredible Shrinking Rat on your Kindle in under a minute.

4.7 out of 5 stars
4.7 out of 5
78 global ratings
How are ratings calculated?
To calculate the overall star rating and percentage breakdown by star, we don’t use a simple average. Instead, our system considers things like how recent a review is and if the reviewer bought the item on Amazon. It also analyzes reviews to verify trustworthiness.
Top reviews

Rachel McElhany
VINE VOICE
5.0 out of 5 stars Emmy and the Incredible Shrinking Rat
Reviewed in the United States on November 20, 2012
Verified Purchase
Emmy feels like she's invisible. No one notices her at school and her parents are always traveling, leaving her at home with her crotchety Nanny, Miss Barmy. Emmy tries her hardest to be good but she can never seem to please Miss Barmy. One day the classroom pet, the Rat, not only notices her but starts talking to her! Is he a good rat or a bad rat? And how is it that he can talk and Emmy can understand him?

I liked that this book was dark without being too scary or too suspenseful. Emmy's parents are absent most of the time, but not dead like parents are in a lot of fantasy books. My first grader is super sensitive and can't read books or watch movies with dead parents. It was also funny and has some grossness that kids will love. Even though Emmy is a girl, this is not a "girly" book and should appeal to both girls and boys. There is plenty of action, mystery and fantasy.

This middle grade book is geared toward three-six graders. My second grader, who reads at probably a third or fourth grade level, read this book to himself and loved it. He had no problem comprehending the plot. I read this book aloud to my first grader, who also loved the book but a little trouble connecting the dots when Emmy started to solve the mystery of the talking Rat and the evil Miss Barmy. When I sensed he wasn't getting something, I would stop reading and discuss with him what he thought was happening and then help him to understand it better. With this help, he was also able to comprehend the book and he also loved it. His favorite part was the flipbook on the right margin. As you read the book, there are pictures of the Rat slowly falling out of a tree. It was a fun way to track our progress through the book

My boys and I read this book for the Intergenerational Book Club at our church. The facilitator of the book club came up with some really fun activities to go along with our discussion. We always have food that relates to the book so she brought miniature peanut butter cups, which are the Rat's favorite snack. Also mentioned in the book are jam tarts. She found some cookies with jam in the middle and brought those. In the book, Emmy makes a chinchilla foot out of clay so the facilitator brought some modeling clay and a picture of a chinchilla. The kids had a blast making their own chinchilla feet. And the piece de resistance (for the kids anyway!) was the whoopee cushion she brought for them to take turns playing with. Farting plays a significant part in one part of the book, much to my disgust and all the children's delight.

This book is the first in a series that includes at least three books so far. My boys were delighted to know that there were more books about Emmy waiting for them to read - a ringing endorsement for sure!

M. Wenger
5.0 out of 5 stars Teacher loves L. Jonell books in the classroom!
Reviewed in the United States on March 31, 2012
Verified Purchase
I use this book with both second and third graders and it is loved. The students fall in love or hate with the characters. I have used Jonell books as an anchor for reading and writing lessons. In reading the author wields her craft in vivid descriptions of the emotions of her characters; this is perfect for students on the autism spectrum to discuss exactly what these many emotions look like on a person's face. The book also builds vocabulary; we have many discussions as we enjoy the book. It is authentic learning at its finest! Crafts also include inference, foreshadowing, text-to-text connections (between her novels), compare and contrast; the list goes on and on. Students begin to dread seeing the bookmark move to the end of the book because they know this adventure is coming to a close. The students also love to watch the animation in the margin as you flick the pages of the book both forward and backward. Lynne Jonell is a jewel in our classroom every year!
Read more
7 people found this helpful
Helpful
Comment Report abuse

elizabeth
5.0 out of 5 stars emmy and the incredible shrinking rat!
Reviewed in the United States on June 19, 2020
Verified Purchase
This book is exciting and strange, but in such a great way that you feel like your in the story, and it makes your life so intresting! I recommend this book more than five stars, I could rate it 1000!
Read more
Helpful
Comment Report abuse

working man
4.0 out of 5 stars Emmy and the Rat
Reviewed in the United States on January 22, 2014
Verified Purchase
Read this to help my wife with a reading night at school. Good kids book. A lot of very original ideas. Spiritual messages without heavy handed delivery. 4 or 5th grade reading material I am guessing.
Read more
Helpful
Comment Report abuse

Hazey
5.0 out of 5 stars Great book.
Reviewed in the United States on May 4, 2013
Verified Purchase
This book was perfect for my shared reading time with my 10 year old niece. The story is interesting for any age and kept us both eager for the next chapter the whole time.
Read more
Helpful
Comment Report abuse
See all reviews