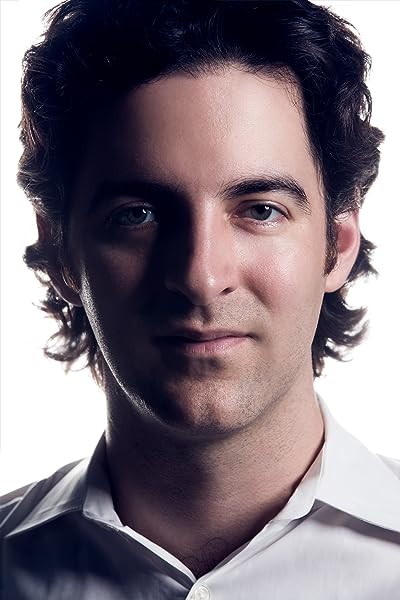 “Jay-Z’s rise to fame has as many lessons for would-be moguls as for budding rappers … All these lessons are clear from Empire State of Mind: How Jay-Z Went From Street Corner to Corner Office, by Zack O’Malley Greenburg (Portfolio, $25.95), one of the year’s best rock books.”
–Bloomberg News

“Well told … the heart of Empire State of Mind is its depiction, helped by some good shoe-leather reporting, of the commercial deals that have enabled Jay-Z to profit from exploiting his prestige and personality.”
–The Financial Times

“In his debut book, Greenburg hits the mark. Empire State of Mind is an easy read that packs an informative, motivational punch for anyone who is trying to improve their situation, land a job, or advance their career.” - AOL/Huffington Post

“Zack O’Malley Greenburg has become one of the rare reporters to bring dignified coverage of the hip-hop business into the mainstream. Empire State of Mind is a pure product of Greenburg’s care and insight, an exploration of hip-hop’s most enigmatic mogul, Jay-Z.”
–Dan Charnas, author of The Big Payback: The History of the Business of Hip-Hop

“Empire State Of Mind follows the money and key pieces of the Jay-Z puzzle in this insightful, savvy read…this book is like a GPS leading us through the modern urban reality of how Jay-Z’s empire was built.”
–Fred “Fab 5 Freddy” Brathwaite, hip-hop artist and pioneer

“Lively and often surprising, Empire State Of Mind analyzes one of the greatest assets of the hip-hop generation: the business mind of Jay-Z. In capturing Jay-Z’s refuse to lose mentality, Zack O’Malley Greenburg tells an important, instructive American story of our time.”
–Jeff Chang, author of Can’t Stop Won’t Stop: A History of the Hip-Hop Generation

“Business savvy is really what sets Jay-Z apart, and that’s the subject of Zack O’Malley Greenburg’s enlightening, engaging, and excellent new book … Greenburg zeroes in on Jay-Z’s ability to hustle in the studio and in the boardroom, creating a fascinating look at the businessman behind the man. In addition, he writes with a rapid-fire prose that makes Empire State of Mind flow like an novel or film.”
–ArtistDirect

“Every person with an iota of entrepreneurial inclination should read Empire State of Mind … [Greenburg's] understanding of hip-hop and his familiarity with the world of high finance make him uniquely suited to pen such a smart, informative and entertaining work. Excellence!”
–Hip-Hop Weekly

“Before Diddy and his missing Mercedes-Benz S-Class, before Eminem and his imported-from-Detroit Chrysler 200, even before Funkmaster Flex and his special-edition Ford Expedition, there was the Jay-Z Jeep Commander. You would be forgiven, however, for not remembering the commercials … the Jay-Z Jeep never rolled deep. Mr. Greenburg dissects how the collaboration went awry.” –The New York Times

“Greenburg writes of Jay-Z’s rocky beginnings in the Brooklyn projects and his detour into street-corner dealing, but mainly focuses on Jay-Z the mogul, whose reach extends beyond music to the NBA, apparel, restaurants, endorsements and Broadway. Check it out.”
–USA Today

“O’Malley Greenburg is easily the world’s foremost authority on the subject of the finance of hip-hop … Acting often as investigative reporter, he travels thousands of miles to hunt down insider information on Jay’s various ventures, from the Jay-Z Jeep that never came to be, to the hush-hush details of the rapper’s partnership with champagne Armand de Brignac … Greenburg does a great job of unpacking the rapper’s business mentality, and the steps he’s taken to earn his half-billion.”
–Crawdaddy

“The biography by journalist Zack O’Malley Greenburg, out this month, provides a colorful reminder of the rapper’s dark roots.”
–New York Post

“After reading Greenburg’s book, I have to admit I understand why [Jay-Z] makes a superb guide for your career, even if you are looking to be an investment banker or grocery store manager instead of a hip hop legend.”
–Anthony Balderrama, CNN.com

“[Empire State of Mind] has some interesting sources and revelations that may shock even the biggest super-fan.”
–HipHopDX

“The new biography of the rap mogul lavishes praise on Jay-Z but also depicts a businessman with Antarctica for a heart.” –Bloomberg BusinessWeek

“Empire State of Mind tells the story of rapper Jay-Z (aka Shawn Carter) and his rise from drug slinger to tape slinger and, later, to corporation runner.”
–NPR

“Zack O’Malley Greenburg’s book take us comfortably through the story of Jay-Z’s background, hard start, challenges, opportunities, talents, success, and choices. This is an easy and comfortable read.”
–New York Journal of Books

“If Jay-Z’s collective body of work was ‘Food For Thought’ … Greenburg does this dishes in his literary debut. Greenburg uses his extensive resources (perhaps garnered as the crafter of the famous “Forbes Hip-Hop Cash Kings” list) to unravel the business acumen Jay-Z has used to catapult himself to financial prosperity.”
–Mog.com

“To learn more about how Jay-Z changed many people’s taste in Champagne and so many other things, be sure to check out Empire State of Mind … Until now, all those interested begrudgingly had to buy into the story spun by Jay-Z’s camp that Armand de Brignac was just a bubbly that HOVA discovered in a New York wine shop.”
–Bottlenotes

“[Empire State of Mind] … fill(s) in many of the blanks surrounding the rapper’s business dealings, pulling from interviews with some of Hov’s colleagues and business partners willing to dish the dirt on how he rose to fame and fortune.”
–The Boombox

“A fascinating, unauthorized story, which decodes the Jay-Z myth as much as it reinforces it.”
–ABCDrDurson

Zack O'Malley Greenburg is a Forbes staff writer and author of the Jay-Z biography Empire State of Mind. He's currently working on his second book, Michael Jackson, Inc, for Simon & Schuster. In the meantime, he continues to write The Beat Report at Forbes, where he's covered finance and music since 2005, profiling the likes of Bon Jovi, Justin Bieber, Richard Branson and 50 Cent. Zack's stories have taken him from Omaha to Sierra Leone; he has also written for the Washington Post, McSweeney's, Vibe and Sports Illustrated. He has appeared as a guest lecturer at Yale, Georgetown and Harvard, and as an expert source for BBC, CBS, MTV, E! and CNN.