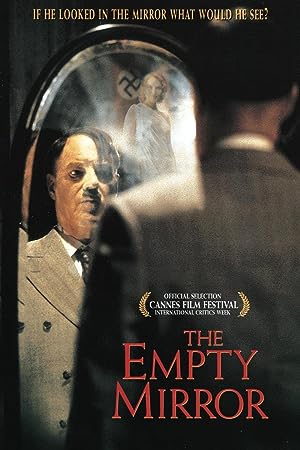 (23)5.91 h 57 minPG-13
This film looks deep into the psychology of the cold blooded killer who manipulated a nation and became known as the most maniacal terror of the 20th century: Adolph Hitler.

R.L. HollyReviewed in the United States on October 19, 2000
4.0 out of 5 starsCompelling, hallucinogenic, and terrifying
Verified purchase
"Only a poet could touch the edge of the Fuhrer mystery."

Welcome to the Third Reich on acid, or perhaps it's just another day in Hell with Adolf Hitler. This surreal trip through the twisted visions of history's most dreaded dictator is a brilliant tour de force for director and co-scripter Barry Hershey. Norman Rodway gives a commendable performance as Hitler (who once declared, "I am the greatest actor in Europe", a line repeated in this film), and there are smaller roles for henchmen Goebels and Goering, wife Eva Braun, and Sigmund Freud (who pops up on occasion to spar wryly with the Fuhrer). Add the victims of WWII, making cameos through the use of back-projected archive footage -- a sort of silent Greek chorus -- and you truly have the proverbial "cast of thousands" (or millions, if we include *all* the dead).

This is not a simple film, nor a simple subject, and the avant-garde approach taken here works superbly, lending insight and dramatic effect to what might otherwise have come off as a static monologue (or a staid conventional film, such as "Hitler: The Last Ten Days"). The pace lags a bit in the latter third, but the fluid transitions and liquid foldings of scene into scene, the use of special lighting and camera effects, and the imaginative editing generally keep the viewer entranced. The underground setting is unspecified -- perhaps it IS Hell, or merely the Fuhrerbunker in Berlin, 1945, as Hitler dreams away his last sunless days -- but many architectural features are taken from real places, Nazism's court composer Wagner is used effectively in the soundtrack, and much of the dialogue comes from Hitler's own speeches or writings, lending an air of authentic menace.

To gaze into the depths of the human soul is an unnerving experience; Rodway succeeds in displaying to us the many facets of Hitler's persona, in a voice that is sometimes reasonable and seductive, at other times a bestial howl. "I wasn't put in a lunatic asylum -- I *created* a lunatic asylum. I fused the symbolic with the real ... I exuded spiritual terror!" From gloating over his accomplishments and grandiose plans (including the rebuilding of Berlin to glorify his projected masoleum) to invoking a tidal wave of war and destruction, the evil sorcerer of National Socialism looks back on his reign knowing that his progeny would be many and that his legacy would hover, spectrelike, over the new millennium. "We gave them all much to brood over, didn't we, Joseph?" he chortles to his propaganda minister. But by the film's final Gotterdammerung, even the bloody megalomania of a Hitler is unable to cope with the horror unleashed. Even a Hitler can be brought to awareness, and despair; even a Hitler, eternally accursed and tormented beyond salvation, can be pitied as his horrible destiny ends with the proverbial whimper.

Read the history books to learn what happened, but watch "The Empty Mirror" to comprehend HOW it happened.

intheknowReviewed in the United States on April 10, 2001
5.0 out of 5 starsJust watched this GEM of a movie
Verified purchase
As I am reading some of the reviews, I begin to realize that this masterpiece is not for the unsophisticated who draws a blank at symbolism. It also would not hurt to have read some of the more comprehensive works on the subject such as J. Toland's "Hitler" to understand the making and the pathologies of this sometimes gentle monster. There are so many outstanding moments in this film. Like when Hitler tallies up the murdered Jews and comes up slightly short of six mio., then trivializes it by claiming the other side is always embellishing. The illuminated part where he stands in the light beam of his projector directing Handel's Messiah. Yes, he is the creator! The phallic symbol of shattered mirror he holds up. Yes, there was a problem with potency. Finally his jailer becoming himself. And his last act to immerse into the tunnel and into the light, cleverly staged through the light beam of the projector. Frustratingly clawing entry into the projection. No, he is not permitted entry. His pained face shows utter torment and eventually takes on the image of a distorted mask against a black background. Norman Rodway as Hitler did a fantastic and believable portrayal of Hitler. No, he is not the spitting image of the egomaniac, but remember looks can be deceiving!
11 people found this helpful
Report abuse

SALOON SINGERReviewed in the United States on February 1, 2009
4.0 out of 5 starsHITLER'S INNER UNIVERSE
Verified purchase
I was impressed throughout this film with the still enthralling power of the Hitler myth as the filmmakers' no doubt intended. The combination of the propaganda film images and sounds underlined by Wagner selections is compelling. Obviously, Hitler is his own greatest convert. It is worth noting that Norman Rodway has a not too distant resemblance to David Irving.
I was disappointed with the Freud intervention since Freud is so passe anymore and Jung is more apropo to a psychology of archetypes such as applies here.
One person found this helpful
Report abuse

Juan RamirezReviewed in the United States on April 14, 2003
5.0 out of 5 starsA journey into a dark and complex mind
Verified purchase
I really hope this film gets released on DVD sometime soon as it is truly a rare and extraordinary find, a brilliant artistic acheivement. For those whose tastes run deeper than the mainstream and who may have a more than casual interest in World war 2 in general and Adolph Hitler in particular, or the very mysterious nature of evil itself, this film is a definate must see. The premise, portrayal and characterization indeed evoke the sense of a desolate self absorbed soul whose only possible source of comfort in an eternity of self reflection would be the constant reinforcement of his own pathological lies to any one who would still be foolish or gullible enough to listen. A soul unable to face ultimate truth, the realization of which could only equal pitiful agony and hopeless despair.
7 people found this helpful
Report abuse

Dr. R. R. DarttReviewed in the United States on January 7, 2014
3.0 out of 5 starsStrange Movie.
Verified purchase
Bought it because I hadn't seen it before and it was cheap to do so. There's no action at all. A poor fill-in look alike for Hitler makes flaming comments on his war from some underground dark hole. It certainly wasn't worth buying this tape or even watching it. Save your money and get something else that's better.
One person found this helpful
Report abuse

Mark O'PhaeleyReviewed in the United States on July 4, 2015
5.0 out of 5 starsDisturbing yet fascinating in its portrayal of Hitler.. ...
Verified purchase
Disturbing yet fascinating in its portrayal of Hitler...not a historical account but rather n interesting view into Hitler's psychology. One of the few movies on Hitler that let's you see what makes the monster tick.
3 people found this helpful
Report abuse