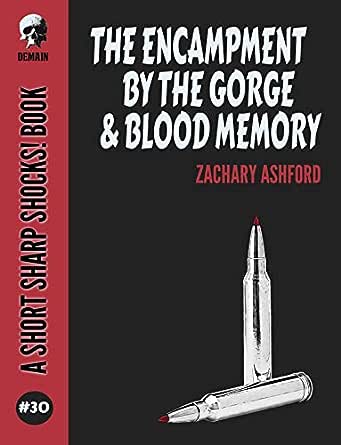 You've subscribed to Short Sharp Shocks!! We will preorder your items within 24 hours of when they become available. When new books are released, we'll charge your default payment method for the lowest price available during the pre-order period.
Update your device or payment method, cancel individual pre-orders or your subscription at
Your Memberships & Subscriptions
There was an error. We were unable to process your subscription due to an error. Please refresh and try again. 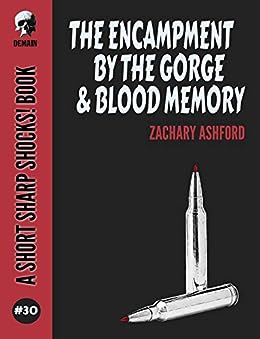 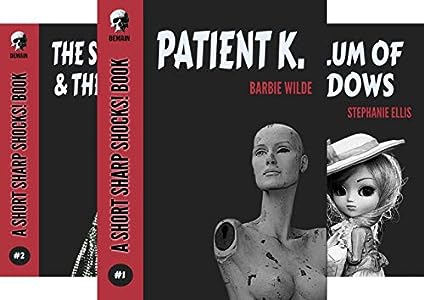 Zombie Inkpot
5.0 out of 5 stars Crikey! Two great horror stories
Reviewed in the United States on July 9, 2020
Verified Purchase
Ashford is quickly becoming a new favorite author. His dialogue brings the characters to life, I can see and hear them. The plots are so imaginative. The writing is well paced, tense and action packed.
The first story is truly terrifying. A road crew encounter something unexpected after their guard dogs go missing.
The second story borrows from indigenous myth to craft a multi layered story that feeds the fire for real life magic in my heart.
I can’t wait to read what this author writes next.
Read more
Helpful
Report abuse

Patrick R. McDonough
3.0 out of 5 stars A Little Horror Down Under
Reviewed in the United States on October 30, 2020
I want to learn more about other cultures. I’m an American that, had it not been for authors like Zachary Ashford, I would only have television and movies to rely on how people in other lands think, act, and talk. This book lends some interesting descriptors on the lands of Australia.

Let’s start with The encampment by the Gorge. I thought I knew where this story was going, it seemed pretty straight forward about a group of guys hunting down a killer, but it became more than that. It became something I want to talk about, but it would certainly ruin the ending. What I can say is it painted interesting images in my head about a land I’d like to visit one day. Not that exact location in Australia, of course, but the country itself.

Blood Memory talks about crocodiles and hunting. Not the crocodile hunter, as funny as that may have been, but ancient creatures and the social commentary on what media chooses to print and not print was right on the money. I could see this story playing out almost exactly as it happened, minus the initial guide. This was my favorite of the two stories because it was more focused on the protagonist. We got to know him and the characters he interacted with better, and the layers to this story sucked me in more.

Overall, I think this one is worth your time. It’s a little under 70 pages, it’s a real quick read that has interesting components to offer, and shows you a side of Australia that may be more real than fiction.
Read more
Helpful
Report abuse

Priscilla Bettis
4.0 out of 5 stars Two Horror Stories Set in Australia
Reviewed in the United States on April 11, 2021
“The Encampment by the Gorge” takes place in a swampy area. It has a feeling of isolation. There are spears, fire, machetes, and the supernatural. The story is told in an alternating timeline. I think that’s a lot of jumping around in time for a short story, but Ashford handles it pretty well. I never got confused or anything. Fun story, but I felt sorry for the dogs!

“Blood Memory” is about a reporter, Jones, and a law enforcement officer, Kulka, who are searching for a missing boy that was probably attacked by crocodile, a really, really big one. Or maybe a mischief spirit is the culprit. Ashford gives clues along the way (some of them gruesome clues), and the mystery ramps up to a satisfying ending.

Morgan K Tanner
4.0 out of 5 stars Gore-infested creepiness
Reviewed in the United Kingdom on October 22, 2019
Verified Purchase
It’s another Short Sharp Shocks! review, folks! I must say not one of these stories in the series has disappointed me yet, and I’m pleased to say that these two delights just add more fuel to the raging fire.

The Encampment by the Gorge carries a real Heart of Darkness vibe throughout. Set out in the woods, a terrible tragedy has occurred with the locals not taking too kindly to outsiders entering their homeland. I say homeland, it’s not as though they’re a secret tribe in the wilderness, just denizens of an illegal commune. So blood-spilling is to be expected, I guess.

The group want revenge for their murdered friend and mutilated dogs, so they prepare for battle. Although what they encounter is certainly not what they expected. It would be easier if the enemy was simply human. But alas, the guys have to contend with sentient innards, undead beasts, and horrifying monsters.

The gore on offer here was nicely handled, with a few icky moments captured in entrail-splattered glory. The descriptions of the devoured dogs will have animal lovers everywhere screaming ‘noooo’ at the pages. The ‘cooee’s’ that surround the group of vengeance-hunters from within the trees are terrifying. Death could indeed spring from anywhere. There was a real unnerving atmosphere surrounding them. It seems nowhere is safe in these here parts.

Blood Memory follows a journalist just trying to write a good story. A local kid has gone missing, presumably the victim of a crocodile attack. As the journalist uncovers dark secrets and ancient folklore, he wishes he’d just stayed at home and written a piece on a brave cat saving the day, or something.

The beast is more than simply a crocodile, but I won’t say too much else. Needless to say, there is yet more death and gruesome gore. People are not who they seem, and the warnings provided to our brave journalist should probably have been heeded.

Zachary Ashford knows how to describe disgusting things, which is a great thing if you want to freak out your audience. I really enjoyed these two tales, as I totally dig disgusting stuff.

These two stories are right up there with the other excellent instalments in this series. You wanna get Short Sharp Shocked? Look no further.
Read more
Report abuse

K. Harrison
5.0 out of 5 stars Gritty, Gripping, Gut-wrenching stuff
Reviewed in the United Kingdom on November 24, 2019
Verified Purchase
I came to this pair of tales having already read 'Blood Memory,' the second of the two tales in Dark Moon Digest magazine. That one in itself was the thing that left me officially 'on the lookout' for Ashford's work. It comprises Aboriginal Australian folklore and drops it like a bomb into the middle of a criminal investigation after a murder. Woven into that heady mix is a decent amount of social reference to the state of the territories where these people still live in no small amount of deprivation. The inequality was prevalent in the text, yet never in your face. Hard to pull off in the middle of what was only a few thousand words of giant crocodiles, murder and supernatural lore.
After that, naturally, I was quick to drop a quid on this duo and found some thematic similarities, but also some distinct differences in 'Encampment by the Gorge.' Again, we find ourselves dropped into a situation where the proverbial sh*t has hit the fan and people are dealing with a crisis. This is a great stroke of work, partly because it means we are thrown headlong into the action, but also because, even in a piece as short as this, we immediately begin to discover much about our characters, as they are under strain and facing an unknown, yet deadly enemy.
Australianisms abound in the prose and I almost read the text in an Aussie accent, which added a certain thrill, as beyond Alan Baxter, Steve Dillon and Kaaron Warren, I am not familiar with a wealth of Australian writers within genre. When things go wrong, the visions of terror are reminiscent of something out of a John Carpenter movie, likened to things familiar while retaining sufficient otherness that they chill you to your bones.
If you want something bloody but well-written, visceral but thoughtful, this here is for you.
Read more
Report abuse

Daniel I Russell
4.0 out of 5 stars The master of bush horror
Reviewed in Australia on February 17, 2021
Verified Purchase
I jumped straight in knowing nothing of this book other than I've enjoyed everything I've read by the author. Two stories! I'll admit I was a tad confused when they transitioned, as I had no idea there were two...

What can I say without giving too much away? Two stories that plunge you straight in and don't ease off until you're done. Ashford really is the master of bush horror, the messed up David Attenborough of the dangerous side of Australia.
Read more
Report abuse
See all reviews
Back to top
Get to Know Us
Make Money with Us
Amazon Payment Products
Let Us Help You
EnglishChoose a language for shopping. United StatesChoose a country/region for shopping.
© 1996-2021, Amazon.com, Inc. or its affiliates