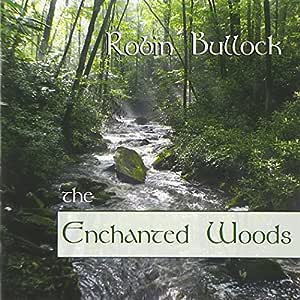 For his sixth solo recording, Celtic guitar/cittern/mandolin master Robin Bullock takes a direct approach, casting his spell over the listener with introspective solo performances and stripped-down acoustic ensemble arrangememts. The ageless music of Ireland, Scotland and Appalachia, together with some of Robin's most inspired compositions, create a world of enchantment indeed. Includes concert favorites "First Light in the Mountains," "Shenandoah," and Robin's thunderous mandolin tour-de-force "Bonaparte's Retreat."

Since his original rise to prominence with the INDIE Award-winning world-folk trio Helicon, Robin Bullock has established a reputation as one of America's finest acoustic instrumentalists. His twin passions for Celtic and Appalachian traditions, coupled with his fertile imagination as a composer and arranger, result in a musical vision "filled with grace and charm and warmth and insight" (Bluegrass Unlimited). Guitar Player Magazine describes his work as "Breathtaking...brilliant technique, always in service of the music." The English magazine Classical Guitar hails him as "A musician whose technical skill and stylistic expertise are second to none...a time-served folkie of the highest calibre," while Baltimore City Paper simply calls him a "Celtic guitar god."