Enclave and millions of other books are available for Amazon Kindle. Learn more
Share <Embed> 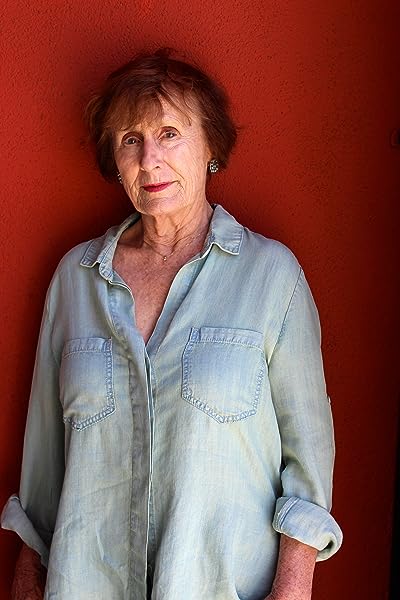 From Publishers Weekly
Starred Review. In this gripping dystopian satire, ex-marine Sargent Whitmore has a plan to make millions while protecting children from the self-destructing modern world. He turns an old Mediterranean monastery into a combined impenetrable fortress and school, and enrolls 100 filthy-rich children, most of them already well-known for legal troubles, drug problems and paparazzi run-ins. Once there, everyone is cut off from the outside world, fed only canned news stories about wars and natural disasters. When things inevitably go horribly wrong, young hacker "Killer" Stade, physician assistant Cassie, drug and sex-crazed Sylvie and monastery-raised orphan Benny all attempt heroics, but remain deeply flawed. Reed (The Baby Merchant) displays unflinching willingness to explore all the facets of all of the characters, and her refusal to paint anyone as a simple villain makes this far more than a typical disaster novel. (Feb.)
Copyright © 1997-2005 Reed Business Information, a division of Reed Elsevier Inc. All rights reserved.

"Her prose is seasoned with zesty turns of phrase. A feast of entertaining food for thought. It's nourishing, tasty - and leaves you wanting more.”  --The Associated Press on Thinner Than Thou

“Reed’s visionary tale is brilliant, though at times painful to read.  The main characters all come to realize their strengths, who they are, and what is really important.”  --Booklist on Thinner Than Thou

Kit Reed is the author of the Alex Award-winning Thinner Than Thou and many other novels, including The Night Children, her first young adult work.  Reed has been nominated for the World Fantasy Award and has been a James W. Tiptree Award finalist.  Kit Reed lives in Middletown, CT, where she is Resident Writer at Wesleyan University.

Start reading Enclave on your Kindle in under a minute.

Eleanor Guiton
1.0 out of 5 stars very very disappointing
Reviewed in the United States on June 20, 2013
Verified Purchase
I have nothing else to say and I don't want to just keep writing because I have more to do
Read more
Helpful
Report abuse

Jeannie Mancini
5.0 out of 5 stars Misfits and Madness on a Mountaintop Monastery
Reviewed in the United States on November 29, 2010
Wow, this was one for the "doozy" list. A fabulous doozy, but a doozy nonetheless. Kit Reed has created one heck of a unique and creative storyline with Enclave, a plot you won't flush out of your system for some time after you turn that last page. She offers up a very thought provoking premise to say the least.

An Ex-Marine named Sarge, after finishing his tour of duty, vows to himself he will atone for the horrifying acts he was forced to commit as a soldier by doing something good for society, something that will help people versus harm them.

Purchasing an abandoned monastery that is perched 500 feet atop Mt. Clothos in Greece, Sarge's new lease on life is to turn around the lives of society's young misfits and social embarrassments. Renovating the ancient monastery into a contemporary Academy for drug addicts, teen criminals, and the physically impaired, the ex-Marine brings 100 chosen students and a staff of adults to bring alive his vision for transforming these brats into civilized human beings. Bamboozling parents world wide in recruiting his students, he tells the parents of these selected misfits to inform their kids that an apocalyptic crisis, and end of the world scenario of doom is approaching and that the only way to ensure their survival is to follow Sarge to the Academy where their lives will be saved from annihilation. A ruse of course, a lie, a devious plot and experiment to be acted out under a strict military style academy environment. Once there, they are in lock-down mode, no one can come in, no one let out. Set atop a steep cliff that plummets down to a raging sea, escape would be impossible.

What starts out as a walk in the park with the program successfully working with teens towing the line like a drugged chain gang, soon erupts into major chaos as internet servers go down, contact with the outside world is cut off, a mysterious man arrives carrying the plague, and both children and adults become mad with murderous rage trying to escape this insane prison once they realize truths and develop their own game plan of revenge. Kids become adults and the grown-ups get childish, tables turn quickly as a duo of two unlikely boys, one an epileptic Prince of a foreign republic, the other literally a 12 year old murderer, yet computer whiz, join forces to kick butt and save the day!

Great characters you will surely love, unlikely friendships and surprising betrayals, clever children and crazed adults, make this story heartwarming, exciting, innovative and very very different. I loved this novel and highly recommend it to all teens and adults who love a creative tale of speculative fiction that both entertains and makes your mind wonder! Two thumbs up, five stars!

Christina Paige
4.0 out of 5 stars In Your Face, End of Days
Reviewed in the United States on October 23, 2009
What begins as a ferocious satire becomes a tribute to resiliency and the spirit of Semper fi. Sargent Whitemore is a marine veteran of numerous wars in a time when many people truly believe it's the end of days. Part guardian, part con man, and in search of personal redemption, Sarge has started a school for the notorious children of the rich and famous. Ostensibly, this isolated enclave on Mount Clothos will be a Noah's Ark to keep these precious darlings safe through the world's death throes; but Sarge knows that some parents will pay any price to get certain embarrassing offspring out of the public eye. "Killer" Stade a 12 year old hacker who used explosives to off one of his teachers - he never told anyone that the creep was a pederast. Teddy's a younger-son European prince who has grand mal seizures - that casts a dangerous shadow on the reputation of the royal blood. Zander/Alexandra Birch is an unhappy transvestite. Sylvie and her posse are the girls who are famous for being infamous, and with references to hotel fortunes, movie roles, scandals, multiple marriages and shaved heads, it's fairly obvious who served as inspiration for these characters. 100 kids are herded onto a mountaintop into a fortified former monastery, with no access to the internet, or outside communications of any kind.
Except Killer figures Sarge has to have a private link to the outside world, and he is determined to find it; and the last Benedictine resident on the mountain never mentions what killed all the former monks; and Sarge recruited all his permanent staff from the ranks of the desperate, and not all of them are reliable.
Killer and Teddy inadvertently let a monster virus infect the computer base, just as a plague is carried up from the catacombs. Now they are truly isolated, unless Killer can turn his skills to practical use against a binary enemy; and they'll die in droves unless the alcoholic doctor climbs out of his bottle.
The huge surprise of Enclave is the author. Kit Reed is not the 26 year old marine I expected to see after reading five chapters. The bio-pic on the dust jacket shows an elderly New England teacher with parchment skin and eyes that are a Venn diagram of sharp and wise. She must have picked up her street slang from her students. She has previously been nominated for both the World Fantasy Award and the James Tiptree Award.