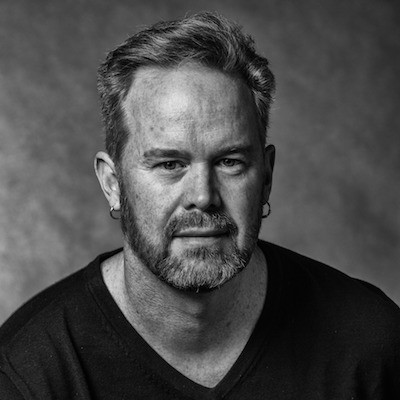 The End of Politicians: Time for a Real Democracy Paperback – February 28, 2017

Darn! This is the book I wish I had written. Compelling, inspiring, evidence-based. Hennig explains how democracy got us into this mess, and how we can fix it.

—Professor Lyn Carson, The University of Sydney, Director of the newDemocracy Foundation

Politics as we know it today is evidently broken. In "The End of Politicians" Brett Hennig uses startling research to point towards the solutions and who the great politicians of the future may be. You will probably be surprised to know, that's you! Essential analysis put together in a remarkably accessible way. A book for visionaries.

Do you believe holding elections every couple of years means you live in a democracy? Short, powerfully argued and carefully researched, Hennig shows how elections have for a long time been known to serve the interests of the powerful - and how ordinary citizens can regain control of their government.

Hennig takes stock of democracy in the past and present. His bold assessment will enable us to step out of the shadows of the political elite. Hennig does not stop there, however. In a fast-forward to the future, he outlines ways and systems that will make the dream of democracy come true. This book is an energy drink for social action.

The End of Politicians provides a powerful critique of the democratic deficits inherent in all forms of electoral democracy. But it does much more than explore the undemocratic qualities of electoral democracy; it proposes a compelling and provocative alternative - the random selection of ordinary citizens to serve as fully empowered legislators. Whether one agrees with this or not, the clarity of the argument will generate productive debate.

Hennig has the right idea: Democracy requires innovation at any age, but especially this one. The End of Politicians doesn't call for an end to politics, but rather to antiquated institutions over-reliant on a small number of elected leaders. That system brought us this far, but Hennig reviews many of the alternatives that are already reshaping governance, by injecting the wider public back into public life - not as a mobilized mob, but through more deliberative bodies. Reading this book gives a glimpse of what's already changing and what lies on - or just beyond - the horizon of democratic political reform.

Electoral democracy isn't a real, 'one person - one vote' democracy; we the people don't actually rule. Let's go with Brett Hennig - let's institute sortition to select our legislatures: not as a panacea, but as an essential step on the road to real democracy.

Brett Hennig is a director and co-founder of the Sortition Foundation whose aim is to promote the ideas within The End of Politicians: Time for a Real Democracy and institute the use of stratified, random selection (also called sortition) in government.

Before co-founding the Sortition Foundation, Brett wore a variety of hats: as a taxi driver, a software engineer, a social justice activist, a mathematics tutor, and the primary carer of four boys; he finished his PhD in astrophysics just before his first son arrived.

After spending several disheartening years trying to influence political decisions, both from within and without the system, he became inspired by Michael Hardt and Antonio Negri's trilogy on political philosophy and began investigating and researching network forms of democracy. The End of Politicians: Time for a Real Democracy is the result of those years of work.

Start reading The End of Politicians on your Kindle in under a minute.

4.0 out of 5 stars
4 out of 5
8 customer ratings
How does Amazon calculate star ratings?
Amazon calculates a product’s star ratings based on a machine learned model instead of a raw data average. The model takes into account factors including the age of a rating, whether the ratings are from verified purchasers, and factors that establish reviewer trustworthiness.
Top Reviews

doug
5.0 out of 5 stars Society needs this book
Reviewed in the United States on June 8, 2019
Verified Purchase
At the right moment this will become a best seller.
Read more
Helpful
Comment Report abuse

ken wallace
1.0 out of 5 stars Not worth the time.
Reviewed in the United States on March 14, 2019
Verified Purchase
Very disappointing....same things repeated over and over.
Read more
Helpful
Comment Report abuse

Nicholas V
5.0 out of 5 stars Pathway forward.
Reviewed in the United States on March 21, 2019
Verified Purchase
We don't know for sure. But we know enough. This is a pathway forward.
Read more
Helpful
Comment Report abuse

YanezDG
4.0 out of 5 stars Intriguing and inspiring
Reviewed in the United States on June 13, 2017
The first part of this book discusses the history of democracy and in particular how we ended up with the current form of liberal democracy which, with some variety, is currently in place in many country of the world. The author shows that the system we call "democratic" it is not rightly so, and for various reasons, including that it was never meant to be really democratic. Instead, it is mostly a continuous bargain between those in power and those who are not, with the former (the minority) trying to give away just as much of their privilege as it is necessary to keep the latter quiet. What strikes of this first part of the book is the body of references that the author puts together and it is also nice to have a complete overview of thoughts that many might have had but never collected in an organic form.
In the second part the author moves on in describing a possible alternative, namely "sortition" or random selection, and convincingly explains what would be the advantages of this systems. In addition, he honestly anticipate some of the problems and difficulties that sortition would encounter.
I think this book is intriguing, because you start reading it with some sense of condescension towards something that looks like an utopian dream but you are progressively captured by the strength of the arguments. Also, it is inspiring because the author is persuasive and calls to action for a better and more complete democracy.

Anna
5.0 out of 5 stars Brilliant and necsessary
Reviewed in the United Kingdom on May 31, 2018
Verified Purchase
This book makes the case for changing our political system so that it truly represents the people and works in their best interests.
Read more
Helpful
Sending feedback...
Thank you for your feedback.
Sorry, we failed to record your vote. Please try again
Report abuse

D C hambers
3.0 out of 5 stars THE END OF POLITICIANS
Reviewed in the United Kingdom on May 10, 2017
Verified Purchase
very good read.. a very fast worded book.. maybe a lil more time over it... could be better... MORE ,,,,, maybe..
Read more
Helpful
Sending feedback...
Thank you for your feedback.
Sorry, we failed to record your vote. Please try again
Report abuse