Add to Cart
$14.09
+ Free Shipping
Sold by: Publisher Direct
Have one to sell?
Sell on Amazon 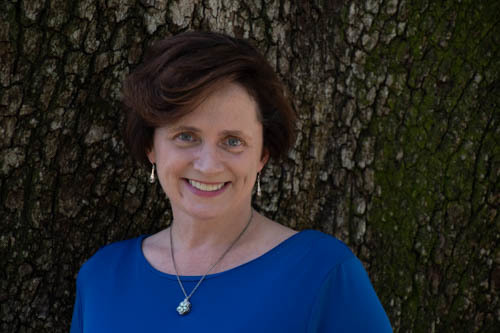 Patricia Flaherty Pagan is a talkative introvert who enjoys writing and reading about tenacious women. She is the author of "Trail Ways Pilgrims: Stories" (The Crossroads Collection #1) and "Enduring Spirit" (The Crossroads Collection #2), as well as the writer of award-winning literary, fantasy and crime short stories. She has edited several collections of fiction and poetry by women writers. She teaches creative writing in Texas.

Start reading Enduring Spirit: Stories (The Crossroads Collection Book 2) on your Kindle in under a minute.

Felicia Little
5.0 out of 5 stars Varied and beautiful
Reviewed in the United States on September 1, 2018
Verified Purchase
I've never been one for short fiction, however Enduring Spirit: Stories may have changed that. In turns, I fell in love with the whimsical, felt an ache in my heart, and fell in love with turns of phrases and lovely imagery. At only 60 pages, it actually took me a while to get through because some stories made me sit and ponder long after they were done. Other stories I re-read and still others, I marked so that I could read again. I thoroughly enjoyed this instalment of the Crossroads Collection.
Read more
2 people found this helpful
Helpful
Comment Report abuse

William Mays
5.0 out of 5 stars Poetic writing style
Reviewed in the United States on July 10, 2018
Verified Purchase
My favorite story was about the magical creature, the first story. Most of the stories are realistic. The poetic quality of the prose unites the selections. There is often a painful honesty to the writing. It reads fast and I looking for more from this author
Read more
2 people found this helpful
Helpful
Comment Report abuse

JW.
5.0 out of 5 stars Patricia Flaherty Pagan’s writing is a reckoning. Filled to ...
Reviewed in the United States on May 9, 2018
Patricia Flaherty Pagan’s writing is a reckoning. Filled to the brim with fierce, bold, and sharp women, her newest collection, Enduring Spirit, asks the hard questions of today’s hard world. From a woman seeking empathy from her government but receiving none, to a young girl saved from abuse by a creature from folklore, these stories cross genres with ease and leave the reader wanting more. Pagan weaves discomfort into her pages with a sometimes-brutal, sometimes tender gut-punch that leaves the reader breathless, and although these stories are as sharp as knives, I could feel the urgency with which Pagan approaches the page and the respect she holds for her characters. The old adage is that an observer watching a stone actually observes the effects of the stone on themselves. So too will readers of Enduring Spirit fall under the spell of this collection of modern-day allegories.
Read more
2 people found this helpful
Helpful
Comment Report abuse

Jessi
2.0 out of 5 stars Story-wise, a bit incomplete and lacking in emotional depth
Reviewed in the United States on October 1, 2018
These stories felt unfinished, the characters not quite solidified, the messages incomplete. I wanted to fall into the stories but was never quite pulled in. The author never really gets into the head of her characters with the exception of "Aftershock Angels." Since most experiences aren't internalized by the characters, they're missing that element which endures them to readers.

I believe these stories all have great potential, particularly "Puca Dawns" and "Sirens of Pedernales." Both live in a blend of the spiritual and real world, both have spine tingling moments, but both miss the mark just slightly. I think a lot more emotion could have been teased out of them and the supernatural elements could have been fascinatingly explored.

While entitled 'Enduring Spirit," most of the female characters don't portray this idealism. There's suicide, putting one's head down and accepting the lies, a girl who needs rescuing, and an elderly woman who's taken advantage of and never realizes it. I wanted more satisfaction from these stories and some internal change of these characters. Only "Kit-Cat Clock" gave us something of an awakening strength in the character.

The stories do leave me wanting more...more of them. These short stories feel like writing springboards more than anything. I feel as though there were beginnings or endings but not enough substance to make the moments memorable. I hope the author develops these snippets more in the future. They'd be great if further explored.

kbirdlincoln
4.0 out of 5 stars imaginative and emotional collection of stories-- wished the flash pieces were more developed
Reviewed in the United States on June 17, 2018
3.5 stars, actually.

This short collection contains a smattering of short stories nestled within a handful of flash fiction pieces.

The opening story, Puca Dawns, about a girl, Maeve, who makes friends with a puca, and then sees the puca in various legendary forms as it helps protect her from predatory adults is the most satisfying of the collection. As the dangers Maeve faces are slowly revealed and the puca changes form, there is tension that builds to a satisfying conclusion.

Blood-red Geraniums also manages to convey enough of a sense of place-- this time a farm where migrant workers of various ethnic backgrounds work that the story of a college girl working for the summer and encountering racism comes across in a short, sharp slice of a story.

The flash fiction pieces I did not enjoy as much in the context of this collection. For example, The Angels of Pont-Saint-Esprit while lyrical, gives so little about the protagonist (male? female?) and situation that it takes the author's historical note to even begin guessing what the story is about. Without the note, I was truthfully lost.

The horrific aspects of flash piece Kit-Cat Clock and longer story After-Shock Angels are muted by the lack of a recognizable protagonist POV...just as I began to sense who might be experiencing hte story it ends.

The final story, Marked, is also one of the better pieces in the book. The story builds tension successfully with alternating narratives of a girl with a birthmark and a young political attache for a sketchy political candidate...culminating in a tragic ending.

There are moments of lyrical writing and a sense of quite deep emotion in each story, but for me, who needs to fall in love with a protagonist, the sometimes amorphous nature of the POV voice kept me from fully following along with the narrative flow.
Read more
Helpful
Comment Report abuse

David Welling
5.0 out of 5 stars Well worth reading
Reviewed in the United States on June 3, 2018
Patricia Flaherty Pagan is a fearless social issue ninja warrior armed with words that cut like a samurai blade. There’s no fluff to her work, no tempered delivery. The subjects she tackles are all concerns of the day, ones that are easy to take sides but without easy solutions, and she manages to focus on those cracks. Be it immigration, political corruption, sexual abuse, broken families, and the flaws (as well as incredible strength) in human nature, she takes them on in prose that is clear and direct. Pagan describes her stories as her lantern in the storm. Indeed, it shines so bright, you may find yourself shielding your eyes from the brilliance.
Read more
2 people found this helpful
Helpful
Comment Report abuse
See all reviews