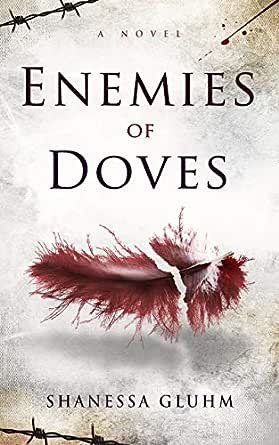 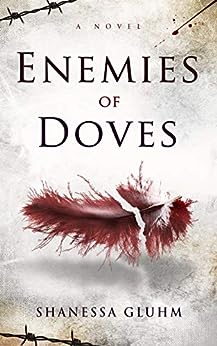 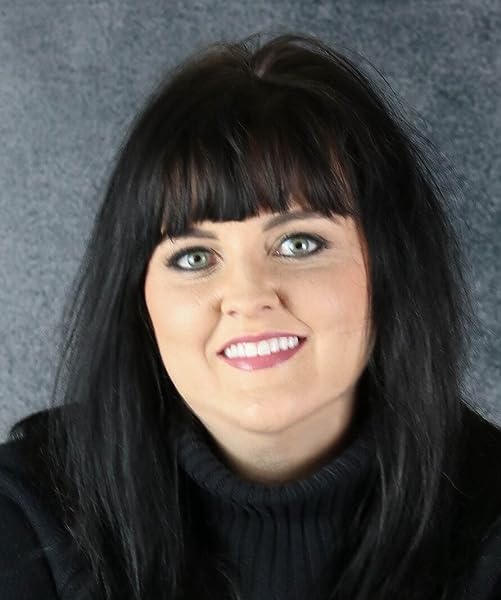 "Enemies of Doves weaves a timeline of events that makes for compelling reading. It's an ecological system of interlocking decisions, discoveries, and circumstances that spans some sixty years of love, danger, and revelations."- D. Donovan, Senior Reviewer, Midwest Book Review

Shanessa Gluhm works as a Librarian at an elementary school in New Mexico where she lives with her husband and children. It was during her own elementary days when a teacher encouraged Shanessa to write and share stories with the class. She hasn't stopped writing since. Enemies of Doves is her debut novel. --This text refers to the paperback edition.

4.8 out of 5 stars
4.8 out of 5
145 global ratings
How are ratings calculated?
To calculate the overall star rating and percentage breakdown by star, we don’t use a simple average. Instead, our system considers things like how recent a review is and if the reviewer bought the item on Amazon. It also analyzes reviews to verify trustworthiness.
Top reviews

Scott Rutherford
5.0 out of 5 stars This book may have destroyed my GPA
Reviewed in the United States on March 22, 2020
Verified Purchase
I only intended to read the first few pages this weekend and get to the rest later. I had a lot of homework to do. I don't say this lightly: I could not put it down. I'm an avid reader, but I seldom finish a novel in less than two days. I did finish this one. I also finished my homework, but I may have done more of a rush job on the latter than I should have.

Enemies of Doves deals with heavy topics ranging from PTSD to addiction to child abuse without flinching, but manages to do so while being thoroughly entertaining. There are plenty of twists and turns along the ride that'll keep you turning pages. Or, at the very least, that kept me turning pages through the whole night (I was a little surprised to find I'd stayed up through the night and the clock read 6:30 when I finished).

I typically hate books that jump timelines. This book is a rare exception (the only other I can think of is NYT bestseller Jerry Jenkins' "I, Saul"). It weaves a cohesive story seamlessly through the Great Depression, the WWII homefront, and the early 1990s. There's plenty of little pieces of '90s nostalgia that will make anyone who lived through it smile. The author nails the East Texas setting (said as someone who has spent lots of time in the places she writes about) and the characters are wonderfully flawed and believable. I especially liked the sibling relationship between the Fichett brothers.

Full disclosure: I am a fellow debut novelist whose book is being released by TouchPoint Press, who published Enemies of Doves. I was not asked to read or review this or any book by the publisher, nor was I compensated in any way for doing so.

Amy
5.0 out of 5 stars The best mystery in years!
Reviewed in the United States on March 20, 2020
Verified Purchase
I love when you get so immersed in a book that you are temporarily transported to that period in time and vividly picture the surroundings. I found myself in Clancy's bedroom, the diner, Molly's home, etc... I also found myself feeling the emotions of the characters and their plight. The familiar rivalry between siblings, the defeat of loving someone who does not return your love and the desperation after losing a loved one.

Mrs. Gluhm did an excellent job of writing one of the best 'whodunit' stories I've read in ages.

I doubt you'll guess the ending.
I doubt you'll put it down after you read the first chapter.
I don't doubt that you will think of this story for weeks after you've finished it or that you'll ever look at someone's scarred face without thinking of Joel Fitchett.

You'll also hope that an addendum is made to the book to teach all readers how to play Loony Rummy!
Read more
10 people found this helpful
Helpful
Comment Report abuse

Brittny Huffman
5.0 out of 5 stars What a page turner!
Reviewed in the United States on March 20, 2020
Verified Purchase
Families, one of the greatest mysteries out there! As many of us are forced home during these strange times in America, we are finding out just how deep our love and commitments to family truly are. This book captured my attention and held it through the very end with the interesting characters and twisting plot lines. I simply could NOT put it down. I look forward to many MORE from Shanessa Gluhm!
Read more
10 people found this helpful
Helpful
Comment Report abuse

Felicia Denise
5.0 out of 5 stars Caught Me Off-guard!
Reviewed in the United States on June 7, 2020
Verified Purchase
I’ve read some amazing thriller and suspense stories this year, but historical mystery, Enemies of Doves takes the mid-year prize!

After losing his parents to tragedy in 1991, Garrison Stark finds himself on the journey of a lifetime after trying to piece together the ramblings of his grandmother. He’s losing her dementia so he must find his own answers.

Tom Fitchett may be a prominent dentist in his small Texas town in 1941, but to his sons, Joel and Clancy, he’s an overbearing tyrant who’s never satisfied with anything they do. Older by almost two years, Joel is the responsible always charged with looking out for his brother.

Being the responsible one will lead to life-changing trauma for Joel, just as serving in WWII will change the carefree, self-serving Clancy.

Loved Joel. He was a sympathetic character who took on burdens that weren’t his to shoulder, most by choice because it was his nature, and others forced upon him by his father and brother. I didn’t care for Clancy for much of the story. He was the golden boy trouble always eluded.

Or so it appeared.

Lorraine Applewhite? She too was too self-centered for far too long. It’s easy to say she was caught between two brothers, but to me, Lorraine put herself there. Joel didn’t deserve that.

I’m not one for dual timelines, but this one was perfection with the fifty-year timespan moving forward in tandem. Garrison’s search will cause time to collide, unlocking a lifetime of secrets, and THE PLOT TWIST OF 2020!

Stellar writing and well-developed characters make this read one to not be missed. Because… that plot twist!

Sharon from Texas
5.0 out of 5 stars Magnificent Suspense Mystery
Reviewed in the United States on April 8, 2020
Verified Purchase
I have been an avid reader all my life. Mystery and suspense is one of my very favorite genres and this book is MAGNIFICENT!!! What an amazing story with even more amazing ending!!! I am currently reading it a second time to see all the twists and turns and it’s even better the second time around! I would also love to see this in a movie!! Wow! I can’t wait for Shanessa Gluhm’s next novel!!!
Read more
8 people found this helpful
Helpful
Comment Report abuse

Stephanie S. Mathis
5.0 out of 5 stars I'm EXTREMELY PICKY ABOUT MY MYSTERIES
Reviewed in the United States on May 5, 2020
Verified Purchase
So, I'm not very easy to be captured at the beginning of a book. If it doesn't capture my interest in the 1st chapter, I'm not reading it. No offense to those that don't; however, a chapter is long enough to get your reader interested in your book.

This book captured me within 3 pages. I was so blown away by how intrigued and interested I was. This book/story was just....wow. The characters, the way she wrote and described details; however, not too many details (that gets annoying). The way she wrote their lines, how you can imagine their accent, the way the story went back and forth between times was so captivating and involved. The twist I really didn't see coming; how upset I was when the last page was read, realizing the book was over. There is a way you get so involved in the story and the characters-it's hard to let them go honestly.

I absolutely loved this story; characters; dynamic; plot; twist; ALL OF IT!

I can't wait for the next book.