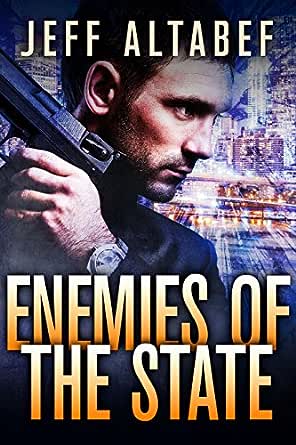 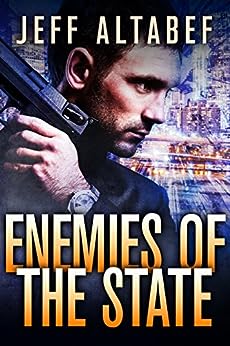 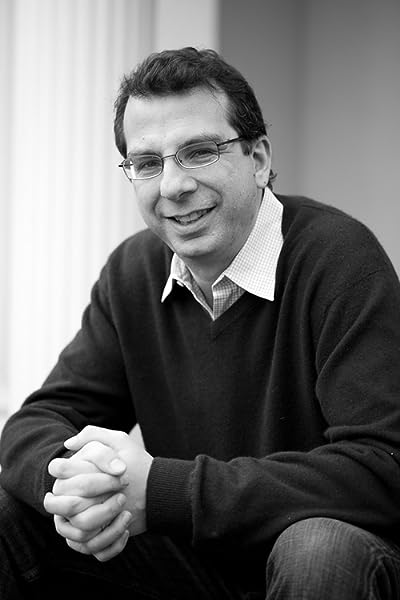 Amazon Customer
5.0 out of 5 stars Awesome story from an amazing talent, Jeff Altabef. Buy this story as a means of entering his thrilling ouerve
Reviewed in the United States on August 26, 2015
Verified Purchase
Masterful storytelling at its best. This taut action packed thriller of a short story is a dynamite depth charge of action and intrigue. Buy this book and you will enjoy an evening of spine tingling thrilling plot twists. It is a story about a conflicted man, Steven Cabbott, who is learining to master his inner demons forged from a hellish youth in a disturbing future American ghetto. Steven's noble impulses find a cause in fighting the Originalists, a cabal of rich and powerful Oligarchs who control America in the near future for their own profit. As a bonus, the e book edition on Amazon contained a free sample of some of Mr. Altabef's amazing and powerful recent masterpiece of thrill fiction, Shatter Point.

Steven is an amazing character because he is not clearly good or evil, but rather deeply conflicted. He finds himself in the middle of a brewing civil war between the poor Americans and the Originalists. As a reader, it was hard for me to place my sympathy squarely on Steven's shoulders. Steven is likeable but also violent and worrisome. It is unclear exactly who to trust. This is materful writing at its best.

I strongly urge you to buy this book and others by a first rate author -- Mr. Jeff Altabef. You will be glad that you purchased this gem.

pwindsinspirations
5.0 out of 5 stars A highway of suspense!
Reviewed in the United States on August 30, 2015
Verified Purchase
One of the best page turners I've read in a long time. I found that the foundation of the story, and character development to be correctly established right from the beginning. Steve Cabbot is a man on a mission; his past still fresh, plays an imperial role in the development of the story line.

Steve, finds himself unwillingly satisfying his inner demons while battling a future America gone terribly wrong. Crime is rampant and greed is the cause. The Oligarchs are a powerful entity that control America, their greed insatiable. Mr. Cabbot finds himself in a bind, searching for information and a way to stop them, thereby ending a violent battle in the ghetto in which he resides.

Steve is obviously struggling to find his own identity, his place in this world. With a tragic childhood behind him, Steve Cabbot finds himself with a skills and street smarts to not only survive, but take on this capitalist society gone wrong.
Read more
2 people found this helpful
Helpful
Comment Report abuse

retiredhalajian
5.0 out of 5 stars High Energy Thriller Delivers
Reviewed in the United States on August 29, 2015
Verified Purchase
Using the short story format, author Jeff Altabef has drawn us into a character driven, high thrills adventure with richly layered characters. Set in the near future, when the ever-widening gap between those who have and those who do not results, not surprisingly, in a dual society with rapidly receding freedoms for those at the lower end. In this setting we met Steven Cabbott, ex-military now private security, struggling to understand who the good guys are and how he fits into this dangerous world. Starting with a seemingly simple charge to protect an individual, he finds honor and courage as well as treachery and evil among the cast of characters he encounters in this fast-paced story. It’s worth the read, if only to discover a bright new talent writing in this genre.
Read more
2 people found this helpful
Helpful
Comment Report abuse

Lashaan Balasingam
5.0 out of 5 stars Beautifully written and filled with action, protagonist Steven Cabbott goes on a mission as he face the ghosts of his past
Reviewed in the United States on September 16, 2015
Jeff Altabef's writing has the power to get your blood pumping faster than an adrenaline rush. This short story follows the tale of Steven Cabbott as he goes on a mission of redemption in an America closing in on a not-too-far civil war. As he faces ghosts of his pasts, he embarks on a mission impossible to rescue two young dissident leaders that are also Homeland's prey in their own hunt of Enemies of the State. His objective depends on the safety of the two leaders as they might end up cracking up to Homeland's torture and spit every bit of information they might know on Steven Cabbott's organization and on his boss, Charles Sheppard.

The story has the just right amount of action, humor and character development. For something this short, it's inevitable to be astonished by the amount of content it delivers. From a protagonist that has the mind almost as sharp as Sherlock in heated situations to cleverly written events that keep you entertained throughout the story, Jeff Altabef does a really good job Enemies of the State. What's truly interesting for this short story is how the actions of Steven Cabbott can solely give a lot of information on the character himself instead of wasting words to portray him. This is definitely an element authors tend to neglect, but not Jeff Altabef. The plot has enough juice to remind you of a well-rounded tale that could be just as entertaining, if not more, than an Mission Impossible movie. It even managed to crack a little giggle out of me at some point in the story. That says a lot, for a short story.

Like most readers might say, this short story doesn't escape the need of a novel. A full length novel. This could definitely give readers the opportunity to plunge into this universe and enjoy the action packed story. Hopefully Jeff Altabef has other projects in store for readers.

Linda Tippit
5.0 out of 5 stars Wow! What a story!
Reviewed in the United States on May 27, 2019
I received a copy of this book for free from the author and have voluntarily chosen to review it.
This is a short story, but oh my goodness it is jam packed with content and action. The hero is trying to turn away from the demons that possess him and live a life closer to the good guys instead of the bad guys. It is something to watch him fight these demons. This story is well written. The author lets the story show you the background instead of telling you. This keeps the story moving at a good pace. I recommend this story to everyone.
Read more
Helpful
Comment Report abuse
See all reviews