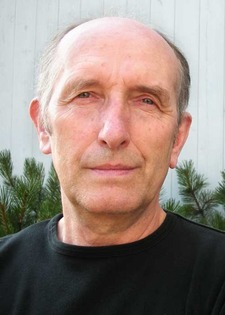 Start reading Energy Myths and Realities on your Kindle in under a minute.

3.7 out of 5 stars
3.7 out of 5
51 customer ratings
How does Amazon calculate star ratings?
Amazon calculates a product’s star ratings based on a machine learned model instead of a raw data average. The model takes into account factors including the age of a rating, whether the ratings are from verified purchasers, and factors that establish reviewer trustworthiness.
Top Reviews

YIPLIU
3.0 out of 5 stars Good n bad
Reviewed in the United States on September 17, 2014
Verified Purchase
I chose this book because it is in Bill Gates 's list n had a good review therefore I had a relatively high expectation.

The first part about the end of fossil fuel is rather boring as it is full of other scientists previous forecast n prediction. As with all forecasts there is always margins of errors. Smil dismissed them as incorrect with the benefit of hind sight. It is not all too convincing.
The part about corn n cane ethanol starts to get interesting n my pace was much faster. However, he should have discuss the distorted economics of corn as fuel and corn as food to arrive at the conclusion that corn should be used as food rather than fuel. The part on wind energy was also good. He mentioned that wind can only work with good transmission network.

Smil seems to support nuclear energy but he did not have the benefit of the knowledge of the Japanese nuclear plant failure at the time of writing the book.

In sum, the good part n bad part even out each other. I give it a 3 star.

Wm. P.
4.0 out of 5 stars Pragmatic, realist analysis
Reviewed in the United States on May 2, 2016
Verified Purchase
For the data enthusiast, Smil is an excellent read. Incredibly thorough (to a fault) in his analysis, Smil pulls no punches when discussing energy issues. He is a realist and pragmatist and anyone involved or interested in the alternative energy or electric car field would do well from his study to understand the real debates. What Smil does not do though is discuss the potential impact of increased demand for fossil fuel alternatives on the rate of technological change to accomplish this (he has underestimated the trajectory of this rate) and the politics of fossil fuel supply or impact on the politics of the major fossil fuel producers such as Saudi Arabia's more recent commitment to designing a $2 trillion 'post fossil fuel' future. Pair this book with Smil's 'Power Density' for perhaps the most technical analyses on the topic.
Read more
4 people found this helpful
Helpful
Comment Report abuse

Brad Rankin
5.0 out of 5 stars Succinct
Reviewed in the United States on June 17, 2019
Verified Purchase
This book gets to the point about what works and does not. I personally hold dreams of grandeur as they pertain to
alternative energy, and I am in constant need of a rational and reasoned approach to the needs humanity has for future energy production. This book had a grounding effect on me.
Read more
2 people found this helpful
Helpful
Comment Report abuse

William L. Karns
5.0 out of 5 stars This should be required reading for all elected officials...
Reviewed in the United States on January 31, 2014
Verified Purchase
...and, for all the starry-eyed "greenies" and their "climate denier" counter-parts. Debunks the myths, and topples more than a few self-styled icons, while letting the data form the facts. Wishful thinking should have no part in the energy discussions, and policies which will emerge from those dialogues. Smil is the consummate "myth buster" and is not friends with either camp in the contentious arguments.
Read more
7 people found this helpful
Helpful
Comment Report abuse

Maker
4.0 out of 5 stars Unusually Knowledgeable
Reviewed in the United States on February 9, 2014
Verified Purchase
Smil does a good job bursting the wishful thinking that many individuals maintain about energy. There aren't any magic bullets. Fossil fuels will be with us for a long time as we transition into an unknown future. Stopping pipelines only increases the ultimate cost (and, ironically, carbon footprint) of extracting the energy that billions require.
Read more
3 people found this helpful
Helpful
Comment Report abuse

RowanG
4.0 out of 5 stars Objective discourse on energy misconceptions
Reviewed in the United States on April 3, 2014
Verified Purchase
The book is important for anybody who is directly involved in energy-related matters. It is also interesting reading for those with a science bent. The author keeps the hype of claimed energy saviors in check, and also dispels the imminent doom of modern living due to depleting fossil-energy reserves.

The book is slightly heavy-going in parts, and some facts are repeated, but the impact of the message is immense.
Read more
4 people found this helpful
Helpful
Comment Report abuse

Amazon Customer
5.0 out of 5 stars Science is real if you believe it or not. It's time for some critical thinking.
Reviewed in the United States on September 11, 2018
Verified Purchase
I would recommend this book, in fact it should be required reading in high school along with critical thinking. Can we for once deal with the facts.
Read more
One person found this helpful
Helpful
Comment Report abuse

vkay
4.0 out of 5 stars Definitely worth a read
Reviewed in the United States on December 12, 2016
Verified Purchase
No more fully up-to-date (could use a refresh reflecting some of the recent advances, metrics and directions with regard to solar energy and electric vehicles in particular), but with largely timeless points and arguments, this is definitely worth a read.
Read more
2 people found this helpful
Helpful
Comment Report abuse
See all reviews from the United States

Matej
4.0 out of 5 stars Practical viewpoint on energy transition
Reviewed in Germany on January 5, 2020
Verified Purchase
Smil is a practical thinker and tries to offer a more realistic viewpoint on energy transition. While he supports clean energy, he argues that just like dependency on fossil fuels, it will be shaped in long time periods, require financing, large supporting infrastructure and improvements of reliability over time. Only then comes massive adoption.
Read more
Helpful
Sending feedback...
Thank you for your feedback.
Sorry, we failed to record your vote. Please try again
Report abuse

Amazon Customer
1.0 out of 5 stars He says nuclear energy is good and efficient
Reviewed in Canada on October 23, 2015
Verified Purchase
Interessting book if you know nothing about energy production. The problem of this book is the Smil only talk about the energy production. He don't want to talk about all the political implication that energy have. He don't speak about the reduction of energy!!! He don't speak about the rebound effect! He don't speak about how to produce more green energy (because they need Rare earth element: how are we gonna produce more and more solar and wind energy if there is not enough materiel to produce them). He only talks about the rational aspect of producing enery without considering all the facts about energy. He says nuclear energy is good and efficient, but he don't talk about nuclear pollution, storage problems and all the facts about nuclear energy.
His vision is way too technical and ignores a lot af thing (political, economical, process to make and dismantel the producer of energy...). Talk about energy reduction thaht is the most rational choice if you really studie energy, but he don't say a word about that
Read more
Helpful
Sending feedback...
Thank you for your feedback.
Sorry, we failed to record your vote. Please try again
Report abuse

John K
3.0 out of 5 stars A cynical dismissal of any and all alternative energy options, with no suggestions for shifts in current practice,
Reviewed in Canada on October 14, 2015
Verified Purchase
Smil has strong opinions on the impracticality of anything but continued large-scale consumption of fossil fuels. He is right, no doubt, to dismiss the many Pollyanna-ish assumptions that the world can be greened tomorrow. But the book is of little use to anyone who wishes to do anything more than just throw up their hands and carry on getting rich while killing the planet.
Read more
Helpful
Sending feedback...
Thank you for your feedback.
Sorry, we failed to record your vote. Please try again
Report abuse