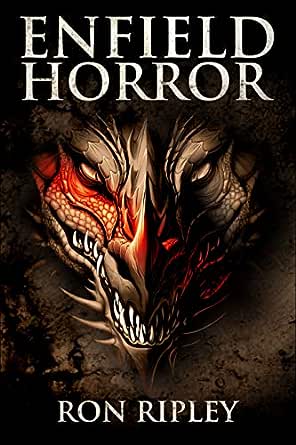 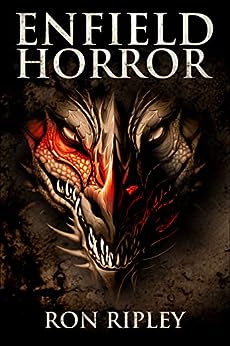 "Wow, what a story! THE ENFIELD HORROR TRILOGY definitely wins my commendation for implacability in horror [a necessary criterion for me] and oh!! that powerful, knock-out ending! I couldn't stop turning pages!"  - Mallory H.
"It was a great ending I really liked it. You are one of the best out there!" - Robert S.
"An interesting mix of haunted house and folklore, none of which bodes well for the people in the area. Well written, well paced, and with interesting characters, it was an enjoyable read!" - Carolyn E.
"The writing is very good, the pacing excellent and the overall effect is one of a tale well told." - James T.
"Well-developed characters and a plot that will freeze the blood in your veins, this is horror at its finest." - Charles R.
"You'll love thisbook. I did! Give it a look." - David D.

"Absolutely a great read. If you have read any other of the trilogies you will certainly enjoy this one as well. If you haven't, I recommend reading the other three especially Sherman's Library. Great writer." - Reader

"The first book was so good I immediately bought the trilogy so I could finish the whole story. Everything I come across written by this author is a fast and entertaining read." - T.S.

"This was the besttrilogy that I have read! I recommend it and so do my kids. Very strongbeginning and a perfect ending." - Sky H.

"An amazing writer,every book of his is 5 stars!" - Reader

Chapter 3
Justin Sandock and the Ride into Boston
Justin swore again as he slammed the door to his Prius.  He hated getting up at five.
Hated it.
Hated driving down into Boston too.
And it was Friday, for God's sake.  He walked over to the windshield.  Who in the hell wants to have a quarterly meeting on a Friday morning?  Great way to ruin the weekend.
Bending over the silently running car Justin scraped the frost off of the windshield.  He had to scrape the windows because the remote starter for his electric car had failed to start said electric car, a fact he had discovered after having had to change his shirt when his travel mug's seal broke suddenly.
Yup, a great way to start the weekend.  Now I have to listen to Jared hem and haw about the numbers and why we've lost two clients this past quarter.  I'll tell you why, Mr. Ringlaven.  It's because your interpersonal skills are terrible.  You can't blame faulty design from the client's engineers when our own machinery is over ten years old.
He's so stupid.
And Justin broke the scraper, sending the angled head off to the left with a sharp snapping sound.
"Seriously?" he said to the sky.  "Seriously?  This is how my day's going to be?"
A soft, scraping sound whispered across the driveway, and Justin turned towards it.
The motion detector by the side door clicked loudly as light exploded out across the driveway.
Blinking, Justin raised a hand to shield his eyes.
It is bright, is it not? a voice asked inside Justin's head.  The power and coldness of the voice drove Justin to his knees.  Yes, yes it is bright.
Justin threw up from the pain, vaguely aware that his toast and eggs and coffee were in a steaming mess on the pavement in front of him.  The pain from that voice was terrible.
He threw up again.
Justin couldn't lift his head.  He could barely remain on all fours.  His breath rushed in and out of his mouth, and he dry heaved.
The voice chuckled.  The pain caused Justin to scream, which turned the chuckle into an outright laugh.
Ah, now that is a reaction that I am used to.  Your flesh, my dear fellow, will have a sweet hint of fear to it.
And I do so enjoy the visceral taste of fear.
Justin tried to scream once more, but the scream was cut off as something closed around his head and squeezed.
***
The hunting lodge stood in the morning sun, which seemed to be reflected in the various gray shades of the lodge's stone walls.  The door to the lodge was once more down, somewhere in the lodge itself.  All of the windows remained battened tightly down.  The roof still had a large hole, and the sun shone down into the lodge, a single corner on the left being brightly lit while the rest of the lodge was dim.
The lodge enjoyed the sun.  Too long it had been in the darkness, too long abandoned.
Ka-Riu walked through the woods towards the lodge.  The red dragon dragged a corpse along with him, the corpse's head held gently, but firmly, between his jaws.  He would eat in the lodge.
He would eat within the lodge, for while the lodge could not enjoy the taste of flesh--and there was no better delicacy than that of man--Ka-Riu would make sure that the lodge enjoyed as much of the repast as possible.  Ka-Riu and the hunting lodge had been together for far too long for the dragon to do anything else.
As Ka-Riu entered the building, the lodge shivered with anticipation.
The death of the first two men had been enjoyable, a surprise after decades of dull repetition.  Here, though, was a body the lodge and Ka-Riu could savor.
Then they heard the sound of a propeller, and from the shadows of lodge the dragon looked up and watched, curious, as a small plane passed over the lodge not once, but three times, as if confirming that the lodge truly existed.
A moment later the plane flew on, and Ka-Riu chuckled.  Perhaps we will be seeing more food come to us, my friend.
The shutters on the windows opened and closed rapidly, banging off of the frames.
Both the lodge and Ka-Riu wondered when more food might arrive.

Ron Ripley is a husband and father surviving in New England, a place which seems to be getting colder every day. He grew up across from a disturbingly large cemetery where he managed to scare himself every night before going to bed. Mostly because of the red lights that people put in front of the headstones. Those things are just plain creepy to a kid. Ron enjoys writing horror, military history and driving through the small towns of New England with his family, collecting books and giving impromptu lectures on military history to his family, who enjoy ignoring him during those dreadful times. --This text refers to an out of print or unavailable edition of this title.
Read more