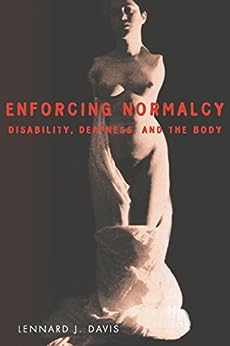 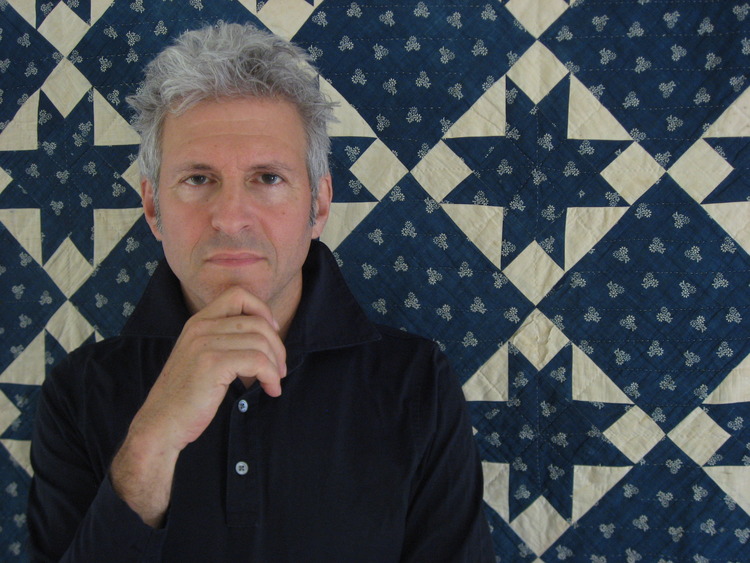 by Lennard J. Davis (Author) Format: Kindle Edition
See all formats and editions
Sorry, there was a problem loading this page. Try again.
In this highly original study of the cultural assumptions governing our conception of people with disabilities, Lennard J. Davis argues forcefully against “ableist” discourse and for a complete recasting of the category of disability itself.

Enforcing Normalcy surveys the emergence of a cluster of concepts around the term “normal” as these matured in western Europe and the United States over the past 250 years. Linking such notions to the concurrent emergence of discourses about the nation, Davis shows how the modern nation-state constructed its identity on the backs not only of colonized subjects, but of its physically disabled minority. In a fascinating chapter on contemporary cultural theory, Davis explores the pitfalls of privileging the figure of sight in conceptualizing the nature of textuality. And in a treatment of nudes and fragmented bodies in Western art, he shows how the ideal of physical wholeness is both demanded and denied in the classical aesthetics of representation.

Lennard J Davis is Distinguished Professor of Liberal Arts and Sciences at the University of Illinois at Chicago. He has written all types of work from memoirs to novels to popular journalism and been a commentator and interviewee on National Public Radio. Born in a family with two Deaf parents, Davis grew up in a Jewish working class, immigrant family in the Bronx. He attended the New York City public schools and then went to Columbia University where he was an undergraduate, graduate student, and then assistant professor. He has since taught at Brandeis University, University of Pennsylvania, Hobart and William Smith Colleges, and Binghamton University before arriving at his current post. He has been a visiting professor at the University of Westminster in London and Fordham University in New York. He runs, used to raise bees and chickens, and has an organic garden he tends in upstate NY.

Eileen G.
5.0 out of 5 stars Excellent study of 'the tyranny of the norm' - and much more
Reviewed in the United States 🇺🇸 on April 19, 2001
Verified Purchase
This book, seven strong chapters and a brief, personal Preface, ably discusses and deconstructs historic notions of disability ("the missing term in the race, class gender triad")and fully describes the harrowingly destructive - because so socially, culturally, and psychically damaging - concept of 'the norm,' historic uses (and abuse) of the body, and with it: the body politic.
Dr Davis supplies the reader with a bit of context. He grew up as the hearing child of Deaf parents in New York's South Bronx, where his parents, he reports, "were as good as any other person in the South Bronx, which is to say they were pretty badly off."
Chapter Four, "Nationalism and Deafness: The Nineteenth Century" offers historic perspectives on deafness, including the fact that by the beginning of the nineteenth century, sign language had become a transnational language. Anyone fluent in sign language could communicate with any other signer - worldwide. This is no small thing. The Deaf "became a subgroup within each state throughout Europe." Some additional topics are: oralism and sign language, disability, class, nationalism, eugenics, politics, poverty, industrialization, and health. The bigger concepts of inclusion and exclusion are touched upon, too.
"Deafness and Insight" is a challenging and complex chapter in which Davis explores "deafness as a critical modality." A main assertion throughout this book is that the concept of the "normal" body informs cultural assumptions about art, literature, and the totality, in fact, of culture.
Other chapters with much to offer and challenge the reader are "Universalizing Marginality," in which Davis explores the reasons behind the intense cultural and philosophical interest during the European eighteenth century of deafness. Health and 'fitness,' images of the 'normal' and the not-normal body, and the fact that disability is most often an acquired thing (you get hurt or get old - and wind up with a 'disability.') are investigated. Art, literature, and media are cited with success.
This is a book that is thought-provoking, remarkably informative, and completely worth the effort it requires. Dr. Davis'world view is clearly presented and wholly graspable. His methods of analysis are consistently intellectually muscular, Occasionally he ventures into academic methodologies that are a bit out of the range of the common reader. Tough stuff, and worth the effort. Many pages of endnotes, a (long) list of works cited, and a very good index.
Read more
17 people found this helpful
Helpful
Report abuse

Carla
5.0 out of 5 stars I really liked his argument of incorporating disability alongside
Reviewed in the United States 🇺🇸 on March 8, 2015
Verified Purchase
I bought this book to learn a little more about disability studies and also because of the author, since Davis in a know CODA (child of deaf adults) and I'm doing a little research on CODAs as well. I really liked his argument of incorporating disability alongside, and not just stuffing them within the discussion on race, class and gender, and I believe he was very convincing and did an excellent job at proving his point. I also appreciated the fact that he used popular novels like Flaubert’s Madame Bovary, Austen's Emma, and Mary Shelley's Frankenstein to address the issues on the portrayal of disability, language ideologies, and eugenics in literature. Finally, not to give away any spoilers, but I was deeply moved with the ending, which I don't particularly believe was his intention, but me being a Puerto Rican and for him to meditate on the case of another belonging to the same culture as myself, and shedding a little light (again, I don't think it was his intention) on the reality of a lot of deaf people in my country, was something that took me by surprise. An overall, great purchase.
Read more
One person found this helpful
Helpful
Report abuse

Jackie
5.0 out of 5 stars Beautiful Book About Disability
Reviewed in the United States 🇺🇸 on November 17, 2018
Verified Purchase
Our daughter is a professor whose teaching often focuses on 'Disability Theory'. She too herself just recently went deaf. She had this on her Amazon wish list and we got it for her for Christmas. I think it will really help her both professionally and personally. It's a great book. I can't wait to give it to her!
Read more
One person found this helpful
Helpful
Report abuse

Anon
5.0 out of 5 stars A necessary text for disability theory
Reviewed in the United States 🇺🇸 on January 7, 2011
Verified Purchase
Anyone interested in either the history or theory of disability should read this book. I would think it would also be helpful for those with disabilities and their family members to find a social-historical context regarding their experiences. My favoroite chapter was the one regarding how statisitics, Sir Francis Galton, and eugenics are connected to formulate our current conceptions of what we call "normal". He also makes connections to the positon/role of disability in both literature and art. Highly recommended.
Read more
3 people found this helpful
Helpful
Report abuse

C
5.0 out of 5 stars great book!
Reviewed in the United States 🇺🇸 on May 16, 2014
Verified Purchase
Davis is a go to for disability rights and studies.

Melanie
4.0 out of 5 stars Great Info(:
Reviewed in the United States 🇺🇸 on July 13, 2015
Verified Purchase
Great read with good information. Can be a little dry at times, but what historical accounts aren't? Overall well done :)
Read more
Helpful
Report abuse
See all reviews
Report an issue
Does this item contain inappropriate content?
Report
Do you believe that this item violates a copyright?
Report
Does this item contain quality or formatting issues?
Report