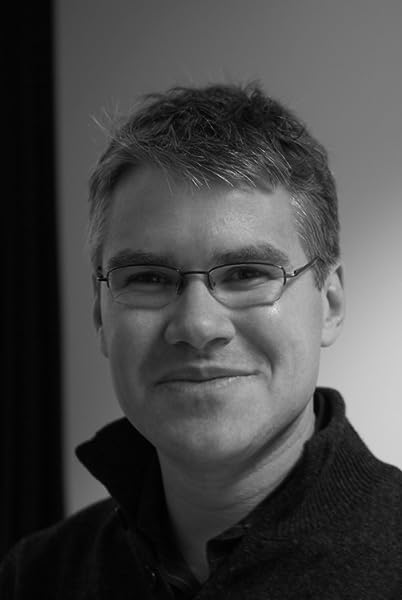 Engineering the Environment: Phytotrons and the Quest for Climate Control in the Cold War Hardcover – May 10, 2017

by David P. D. Munns (Author)
5.0 out of 5 stars 1 rating
See all formats and editions
Sorry, there was a problem loading this page. Try again.

This is the first history of phytotrons, huge climate-controlled laboratories that enabled plant scientists to experiment on the environmental causes of growth and development of living organisms. Made possible by computers and other modern technologies of the early Cold War, such as air conditioning and humidity control, phytotrons promised an end to global hunger and political instability, spreading around the world to thirty countries after World War II. The United States built nearly a dozen, including the first at Caltech in 1949. By the mid-1960s, as support and funding for basic science dwindled, phytotrons declined and ultimately disappeared—until, nearly thirty years later, the British built the Ecotron to study the impact of climate change on biological communities. By recalling the forgotten history of phytotrons, David P. D. Munns reminds us of the important role they can play in helping researchers unravel the complexities of natural ecosystems in the Anthropocene.
Read more
Previous page
Next page

"a very pacey and entertaining read. Munns'enthusiasm for the idea of environmental biology and his sympathy for the designers of these buildings is infectious. Moreover, anyone invested in the history of science's spatial turn will be grateful to have this book as a resource."


"
Engineering the Environment offers a lively history of a mostly forgotten but ultimately fascinating scientific instrument. This compelling story of phytotrons and the dreams and disappointments of the technologist-biologists who built them brings new insights and much-needed diversity to the historiography of twentieth-century biology."Helen Anne Curry, University of Cambridge.

David P. D. Munns is associate professor of history at John Jay College, City University of New York. He is the author of A Single Sky: How an International Community Forged the Science of Radio Astronomy.

David Peter Dell Munns is perhaps the worst Australian he knows. Although raised on an outback sheep station and attending Agricultural High School in Australia's 'Country Music Capitol,' he denied his heritage by fleeing to the elitist National University in Canberra, majoring in physics and modern history. He seriously avoided ever fulfilling the great Australian dream of working for B.H.P. and owning a house on a quarter acre block. Few lives are as alien to the Australian psyche, however, as the Academic Life, where he has stayed ever since 1990; taking his Ph.D. from Johns Hopkins in 2002. He worked at Drexel University in Philadelphia teaching sixteen courses per year, starting fights in bars over which technology was the world's most important, and being declared "too sexy for shirts, scales, and students" by the student newspaper. He moved to Imperial College London between 2006 and 2009, and took full advantage of the great academic debates curiously always occurring in pubs. Since 2009, he serves the public of New York City proudly at John Jay College, CUNY, promoting curiosity, scholarship, and enthusiasm among his students.

Munns has varied research interests and has published on such diverse topics as the origins of Copernicus' heliocentric theory, the history and community of radio astronomy, the life and death of research into the biological effects of climate change in Phytotrons, and Peter Pan. He has taught courses on practically everything from Benjamin Franklin, to the History of Science and Technology, to European History, to the Atomic Bomb, to Medieval Natural Philosophy using Umberto Eco's The Name of the Rose, to just plain World History, 500AD to now.

Rounding out his 'American' education have been thirty-one visited U.S. States, and going regularly to Europe.

He lives and works in New York City.

Want to know what the ALGATRON was? go to:

Jakub Gaweda
5.0 out of 5 stars noting the re-emergence of facilities like the phytotron at the University of Saskatchewan built in ...
Reviewed in the United States 🇺🇸 on June 29, 2017
Verified Purchase
The phytotron, huge climate-controlled laboratories, once signaled the future of plant biology, allowing scientists to control to a specific degree any number of environmental factors. A name replete with space age wonder and futuristic hope, the phytotron disappeared, forgotten in a contemporary world. David Munns, in Engineering the Environment seeks to reveal this largely hidden history, as well as exploring what made phytotrons so vital in the first place, and their potential application in a world struggling with the implications of climate change.

From the first operational phytotron at Caltech under the tutelage of Frits Went, to facilities in Australia and North Carolina to the Biotron in Wisconsin and more recent developments in Michigan, Saskatchewan and London Munns takes the reader on a sweeping journey of this climatic technology.

Far more than just an account of the phytotron’s development however, Munns is upfront in framing his work through the lens of technological control that gripped science, and in particular biology after the Second World War. “Trons” in particular he writes “helped win the Second World War,” with the most important development being not the atomic bomb, but the “resonant cavity magnetron… was the heart of every radar set.” The new technologist biologist built broadly off of this technical explosion, using huge central computers to record, process, and interpret wide swaths of data. Furthermore, as Munns argues, in attempting to control plant growth through environmental factors, these new scientists were defining the very idea of what the “environment” itself meant.

Given the significance of this goal, and the clear contemporary implications of the phytotron in regards to climate change, its disappearance proves even more alarming. The decline of the phytotron Munns, largely points to, was a result of the rise of biotechnology in the 1970s and 80s. The gene, and genetic manipulation was sleek and sexy, seemingly able to provide all the answers to many of life’s questions. In the axiom of Phenotype=Genotype+Environment, the environment was quickly becoming forgotten. This coupled with the rising costs needed to maintain phytotrons, would ultimately be the nail in the coffin.

And yet, given the near totality of the erasure of phytotrons from the public consciousness, Munns proves overall optimistic, noting the re-emergence of facilities like the phytotron at the University of Saskatchewan built in 2011, the Plant Research Laboratory at Michigan State University, or Imperial College’s equally futuristic sounding Ecotron.This trend can broadly be attributed to the realization of limits of relying on genomic studies alone. In an abbreviated version of an anecdote in the book, a genetically engineered tomato designed to be the best looking and tasting can be undone if simply exposed to cold temperatures. A problem that the reductionism of molecular biology struggles with, but one that a phytotron can easily answer.

But rather than trying to make tastier tomatoes, phytotrons and their more recent incarnations have clearer implications in combatting climate change, a focus that Munns signals at the end of his work. Attempting to tackle a problem so large and daunting practically screams for the return of this once lost technology. Getting the whole picture is only possible through including a study of the environment.

Engineering the Environment proves to be an engaging, well structured and written work, illuminating the crucial role of the phytotron, and its place at the cross-roads of biology, technology and environment. A technology long forgotten but one with a hopeful future.
Read more
Helpful
Report abuse
See all reviews