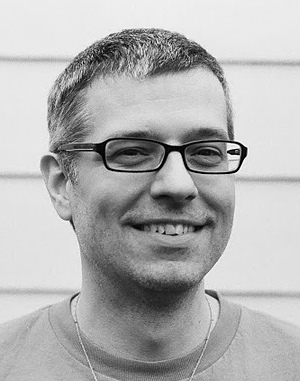 Gr 6-8-Twelve-year-old Merciful Truth and her older brother, Gospel, have just lost their mother following a long illness. They are unable to bury her because of heavy snow and unseasonable cold. Despite the warnings of The Minister, their shape-shifting spiritual advisor, they place her under the kitchen table. Wracked with guilt, Merciful comes to terms with their decision until she hears her mother's voice from the other room. Her reanimated corpse, inhabited by an unknown entity, informs Merciful that she might be the only one who can stop a world-destroying fog if she can find the machine responsible. Unfortunately, The Minister has other plans. Atmospheric and unsettling, Vanhee's debut offers a fresh approach to apocalyptic fiction. Set primarily in the Truth family's cabin, the narrative revolves around the actions of Merciful and Gospel, and in this intimate setting, their choices feel heavy and their options limited. It's a testament to Vanhee's writing style that he can make something as immense as the end of the world feel so disturbingly claustrophobic. Merciful is the catalyst who sets the narrative in motion, and it is through her strength and courage that the audience sees a glimmer of hope despite the bleak circumstances. The book's ambiguous conclusion is both refreshing and frustrating. Spiritual but never didactic, the story will leave readers questioning their own truths and beliefs.-Audrey Sumser, Cuyahoga County Public Library, Mayfield, OHα(c) Copyright 2013. Library Journal. LLC, a wholly owned subsidiary of Media Source, Inc. No redistribution permitted.

For siblings Merciful and Gospel Truth, it’s the end of the world as they know it. But it’s hardly fine when their recently deceased mother refuses to stay dead, and their “minister” (present in the form of an unsettling feline) can’t be trusted. The real problem in this apocalyptic debut novel, however, is the fog devouring the world. Unlike most action-packed dystopias, the story’s slower pace (almost too slow in some parts) allows readers to feel the fog encroaching on Merciful and Gospel’s rustic home, and hear every scratch of their dead mother’s awkward movements upon the cellar stairs. The effect gives the horror fantasy an atmospheric, even claustrophobic feel. As the children try to make sense of the events unfolding in their shrinking space, they discover through unusual visitors that God has become angry and is ready to destroy the world again. It’s now up to Merciful to make choices and decide the world’s fate—if she has free will within God’s plan. Vanhee’s fresh voice may confuse some, but it will intrigue many more. Hauntingly original. Grades 9-12. --Angela Leeper

“*Faith and hopelessness swirl like snow in a winter storm in this scary but terrific debut novel with a fresh, engaging voice.” ―Kirkus, starred review

“In dense, lyrical language, the novel raises questions of religion, morality, and free will as it builds toward a dark and ambiguous ending.” ―The Horn Book

Jason Vanhee lives in Seattle, Washington. Engines of the Broken World is his first novel.