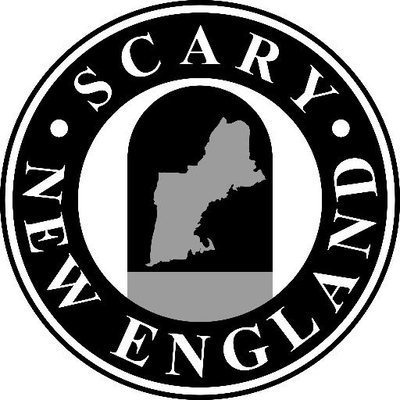 Summer Paradis is a native New Englander. When not working in the paranormal, she is employed as a Nationally Certified School Psychologist. Cathy McManus is a lifelong Mainer. She spends her free time researching the paranormal throughout New England. Wayne Bud Ridsdel's career has been diverse and he has held positions in advertising design, point of sale advertising, print and graphic design.

Cathy McManus is a lifelong resident of Maine. She works in the Maine school system as a computer technician and spends much of her free time wandering the cemeteries and old homes in New England, uncovering mysteries and unexplained events.

Laura Jennison
3.0 out of 5 stars Interesting and creepy
Reviewed in the United States on August 18, 2014
New England's Scariest Stories and Urban Legends by Summer Paradis and Cathy McManus is a collection of ghost stories and legends from the northeastern United States. The structure for most of the entries is presentation of the legend/story followed by their experiences when they visited the site in question and other evidence for or against the legend. There are also many interesting illustrations in the book showing the actual places.

One of my favorite stories from the book was "Emily's Bridge." In most of the stories associated with this bridge, the young woman hanged herself while waiting for her young love to meet her. Supposedly some people have seen her on or near the bridge. Others have experienced car problems or strange noises. The authors met up with a group of paranormal investigators at the bridge by accident and had an interesting experience.

Another favorite of mine is the story of Mercy Brown, mostly because people feared that after she died she had become a vampire and was drawing on her father. Investigators now think that perhaps she had Tuberculosis. It seems though that her story was in part perhaps inspiration for Bram Stoker who had a copy of her story among his things.

While the stories are interesting, I think the book could have been better organized. Perhaps by state or type of thing they were investigating. As it is, it jumps around from state to state. Otherwise organized it could also serve a little as a guidebook for people interested in visiting paranormal sites in New England that don't live as close as these authors do.

Some of the stories have more of a creep factor than others, but that's to be expected in any anthology of this sort. For example, the stories about Champ, the cryptid of Lake Champlain, are less creepy than interesting.

Overall, it's a good book about some of the stories and legends in New England. While there were some I recognized from previous reading, there was a different sort of coverage here. Also there were a few legends that I hadn't heard yet. I've read a few books on New England's paranormal before, and was pleased to find some new stories.

I gave this book 3 stars. I liked it, but it could have benefited from a different sort of organization. This book was published June 28, 2014 by Schiffer Publishing.

Disclaimer: I received a copy of this book in exchange for my honest opinion.
Read more
One person found this helpful
Helpful
Report abuse

Karen
3.0 out of 5 stars New England's Scariest Stories and Urban Legends
Reviewed in the United States on September 12, 2014
My Thoughts On This Book: As a fan of folklorist, Kathryn Tucker Windham and her 13 Ghosts series I thought this would be something along that line. I enjoyed the stories for the most part. I did not enjoy the way the book was put together. It seemed like it was just thrown together. I love to plan trips around odd things of interest. My daughter and I have visited a few of these New England sites and really enjoyed ourselves so I was hoping for something more. It was a good read, but not one that left me sitting on the edge of my seat.
Disclosure: I received a free copy of this book from Net Galley Publicity Group and Schiffer Publishing, in exchange for an honest review. All opinions expressed are entirely my own. Thank you for allowing me this opportunity.
Read more
One person found this helpful
Helpful
Report abuse
See all reviews