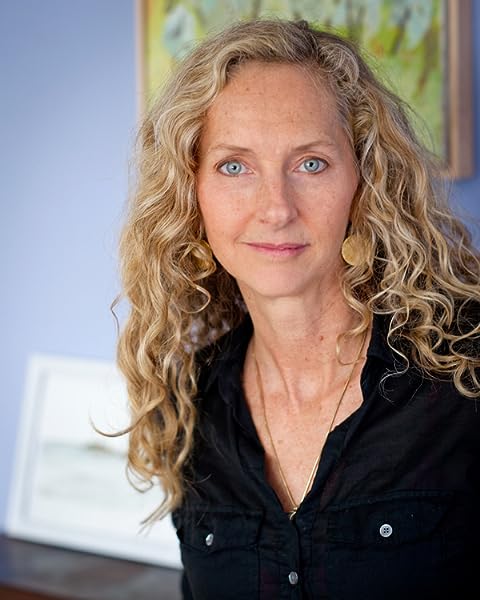 Starred Review. A marriage of single parents is more often the stuff of sitcoms than of serious novels, but King (The Pleasing Hour) uses it to great effect in this intense character study. Single mother Vida Avery teaches English at an exclusive northeastern private high school and has a host of protective rituals that keep her life with adolescent son Peter basically on track; she also allows everyone, including boyfriend Tom, to think that she had been married to Peter's father. Peter, who has longed for an intact family, is thrilled when Vida accepts the proposal of Tom, a widower with three children—albeit in an ambivalent manner full of simmering private rage. Whiting winner King renders Vida's seething withholding in a free, direct style that captures everything from knowing responses toward a male co-worker ("who wanted to play jilted suitor, not because he had loved her, but because she had not loved him") to her dreams of killing Peter. She's also excellent on the children's reactions to each other as the households come together and then separate, dramatically and perhaps permanently. King keeps Vida in tight focus throughout, even as the wrenching story of Peter's conception slowly comes to light.
Copyright © Reed Business Information, a division of Reed Elsevier Inc. All rights reserved.

Adult/High School-Vida Avery teaches literature at a New England prep school. She arrived at its doors 15 years earlier with her baby and a mysterious past. She is considered the best English teacher at Fayer Academy and she maintains rigid control of her classroom, tolerating no tangents, personal discussion, or questions. She tries to keep that same control over her life, which is why she shocks everyone, including herself, by marrying Tom Belou, a widower with three children. Her teenaged son, Peter, is thrilled to be moving from their quarters on the campus to a real house with a real family, but he finds that his stepsiblings are still grieving for their mother. His mother's closely guarded emotional world begins to unravel and she suffers a complete breakdown. The 1980 Iran Hostage Crisis provides the backdrop for the story, paralleling Vida's sense of being a captive in her marriage, but the stronger metaphor is Thomas Hardy's Tess of the D'Urbervilles, the tragic tale of an unwed mother, which Vida begins teaching the Monday after her wedding. Only when she reveals to Peter the truth about their past can any healing begin. King's engaging writing beautifully illuminates the complicated relationships and emotions of everyone involved. It is a story of isolation, patience, and love, and of people trying to find comfort in one another. The author's style is unsentimental and direct, and the compelling story draws readers right in.-Susanne Bardelson, Kitsap Regional Library, WA
Copyright © Reed Business Information, a division of Reed Elsevier Inc. All rights reserved.

As she did in The Pleasing Hour, her critically acclaimed 1999 debut novel, King delicately delves into the fragile bonds holding families together, even when logic favors their dissolution. Vida Avery has been teaching English at a private New England academy for 16 years; her son, Peter, 15, is an introspective and nonathletic member of the "outs." Then Vida, seemingly on a whim, accepts the marriage proposal of Tom Belou, a widower and father of three. Postwedding, Vida wonders why she "tinkered" with her solitary life with Peter. She feels trapped, and fails to connect with Tom's children, each of whom struggles differently with their mother's recent death. Deciding she is done trying to conform, Vida leaves, taking Peter with her. She finally shares with her son the story of her brutal rape years ago, and later the two return to their blended family. King writes with subtle clarity, displaying an intuitive understanding of the vulnerable psyches of teenagers, and with pinpoint perception of her characters' inner lives. Deborah Donovan
Copyright © American Library Association. All rights reserved

For a former English teacher, picking up a novel called The English Teacher required a leap of faith. There's the risk of running into that egomaniac so widely adored in stories about English teachers, a subgenre that reached its low point with Robin Williams's mawkish performance in "Dead Poets Society." Michelle Pfeiffer was hotter in "Dangerous Minds," but she followed essentially the same lesson plan, with the same test results: one student dead and a nation inspired.

For the millions of responsible teachers more interested in explaining literature than saving souls, such portrayals are an embarrassment to the class. And so it was a relief to find that the heroine in Lily King's new novel makes a fascinating counterpoint to these celebrated emotional leeches. Vida Avery is the best teacher at Fayer Academy, a wealthy prep school on an island off the coast of New England. During her 15-year career, Vida has been offered every honor and position such a school can bestow on its finest, but she's resisted these allurements. She remains cloistered in an old attic classroom, a position that simultaneously emphasizes her modesty and her specialness.

Vida's legendary classes on English and American literature lead students through discussions of themes, characters, settings and styles. She tolerates no distractions, tangents or sloppy expressions in speech or prose. When her sophomores try to draw her off track with personal questions, she immediately brings them back to a novel by Thomas Hardy: "Let's talk about Tess. She's far more interesting." Rather than coyly encouraging their intimacies, she feels "impatient with them for stepping behind the curtain of her private life." She doesn't want them to love her; she wants them to love literature.

But we quickly learn that Vida's pedagogical discipline stems from her unhealthy avoidance of real life. "She wasn't interested in the present," King writes. "Moments in novels were unforgettable, while in real life the details slipped quickly away." Something has happened, we're led to believe -- something ghastly and unthinkable that caused Vida to abandon her past and remake herself 15 years ago when she appeared on the steps of Fayer Academy with a baby. Since then, she's lived on the island campus, raised her son with hawk-like attention, gained a reputation for being a strict but brilliant teacher and avoided all emotional entanglements.

Which makes her sudden marriage to a recent widower, Tom Belou, a complete shock to everyone -- including herself. "What had she done?" she keeps asking herself. "She wished she'd never said she loved him. She was just being polite, returning the compliment late one evening." But now here she is, shattering the safe little life she's managed to construct for herself and her son and throwing them both into a new house, with new children (Tom's three) still grieving for their dead mother. From the wedding night on, Vida is a mess: frigid in the bedroom, nervous in the kitchen, shrill at the table. She has no idea what to do with these new stepchildren, how Tom can love her, or why she married him.

And neither do we. As in her debut novel, The Pleasing Hour, King has taken the old vaudeville advice to heart: "Leave 'em wanting more." She may, in fact, be too devoted to that maxim. The English Teacher suffers from a kind of literary anorexia; there's not enough meat on these characters or enough connective tissue on the bones of this plot. Though we eventually learn what trauma forced Vida to reinvent herself all those years ago (not too hard to guess), we never get answers to the more important questions raised by these characters' relationships in the present. (Why does she get married? Why does he stay with her?)

The wedding takes place in 1979, on the same day the U.S. embassy staff is taken hostage in Iran, which serves as a provocative but ultimately irrelevant metaphor for Vida's sense of entrapment. More promising are the frequent references to Tess of the d'Urbervilles, which Vida begins teaching the Monday after her wedding. But here, too, the allusions are more illusory than illuminating, and even readers who find Hardy unbearable would have to admit that he never leaves us feeling uninformed.

King is at her best with her portrayal of the teenage children forced together by their parents' inexplicable marriage. Vida's son is a particularly endearing character: "He would begin his life as a regular person," he thinks, "who ate his meals not in a cafeteria but in a kitchen." At the wedding reception, he can barely contain his excitement: "Tonight they'd go home to a regular house on a regular street, husband and wife in the master bedroom and four kids sprinkled in rooms down a hallway." In scenes that are funny, touching and sad, that naive hope is severely tested but not entirely crushed by the awkward integration with his new siblings, who view him and his mother as interlopers.

Unfortunately, the marriage at the center of the novel never attains the emotional substance of this side story involving the stepchildren. King is a wonderfully engaging writer who creates characters and situations we can't resist, but I kept raising my hand with questions about The English Teacher -- oh please, over here! -- until the bell rang and it was over.