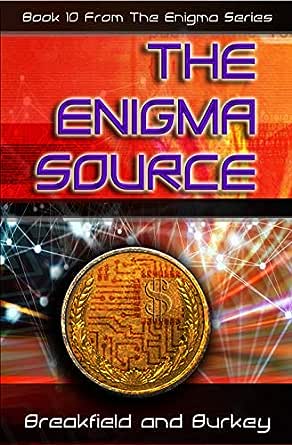 You've subscribed to The Enigma Series! We will preorder your items within 24 hours of when they become available. When new books are released, we'll charge your default payment method for the lowest price available during the pre-order period.
Update your device or payment method, cancel individual pre-orders or your subscription at
Your Memberships & Subscriptions
There was an error. We were unable to process your subscription due to an error. Please refresh and try again. 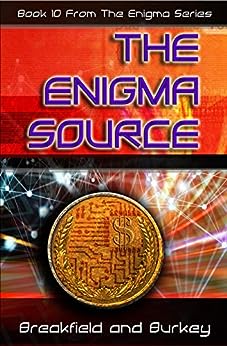 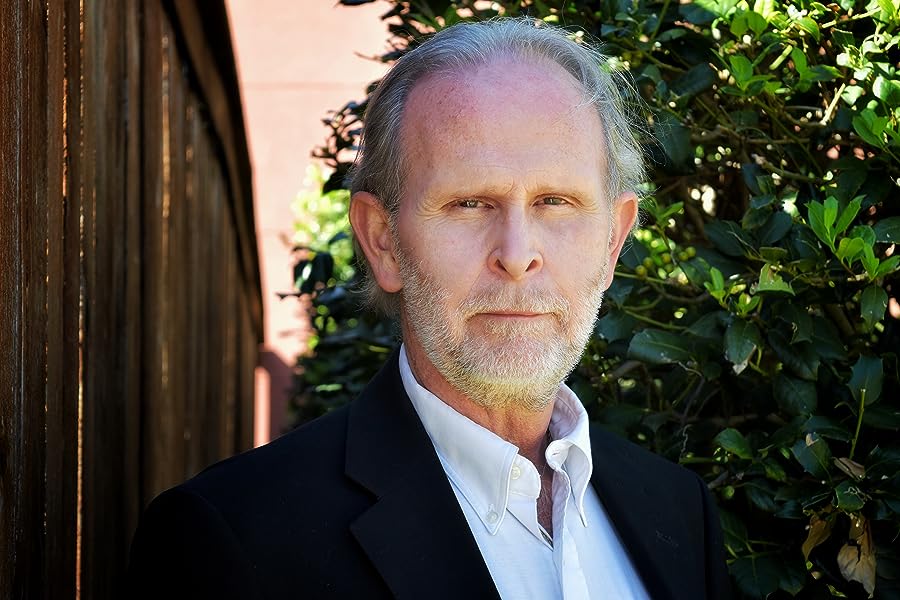 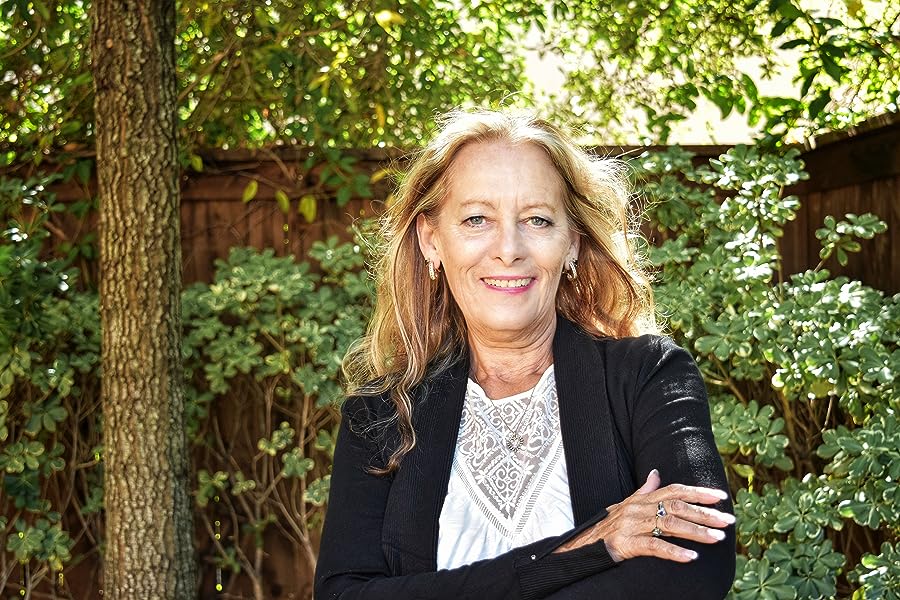 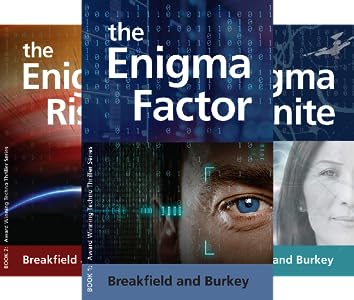 When there's a security breach at the Global Bank, Interpol enlists the help of the R-Group in Switzerland, which specializes in cybersecurity. But the bank also needs assistance in getting control of assorted cryptocurrencies on the market after the appearance of a brand-new digital medium of exchange. Seeking additional help, Global Bank separately contacts Petra Rancowski, descendant of one of the R-Group's founders. Other groups want to implement the new currency, as well, including a Chinese terrorist group that goes after R-Group associate Su Lin and her husband, Andy Greenwood. Once a part of the Chinese Cyber Warfare College, Lin created a particular type of cryptocurrency code. Combat-trained Mercedes Field of the Cyber Assassins Technology Services team (prominently featured in other series installments) essentially becomes Lin's bodyguard--and soon, she must deal with an abduction. Meanwhile, Petra; her love interest, Jacob Michaels; and R-Group hacker Quip enter the cryptocurrency war by developing their own digital product while R-Group Financial Director and Jacob's grandfather Wolfgang Mickelowski struggles with a grave illness. Breakfield and Burkey excel at efficiently recapping earlier events and character histories while also delivering a fresh story. The pace is unremitting throughout, aided by the authors' use of very short scenes and chapters. Wolfgang's ailment provides this entry with some tender moments as well as a further peek into the R-Group backstory; Jacob discovers books, written by Wolfgang, that tell of the organization's possible origin. As in preceding entries, the technological jargon is both modern and comprehensible, and the abundant humor never sidetracks the narrative; one advertisement for Petra's new currency, for instance, is amusingly flashy: "We broker 1's and 0's at digital speed for peace of mind!"
Another top-tier installment that showcases exemplary recurring characters and tech subplots.

Breakfield - Works for a high-tech manufacturer as a solution architect, functioning in hybrid data/telecom environments. He considers himself a long-time technology geek, who also enjoys writing, studying World War II history, travel, and cultural exchanges. Charles' love of wine tastings, cooking, and Harley riding has found ways into the stories. As a child, he moved often because of his father's military career, which even now helps him with the various character perspectives he helps bring to life in the series. He continues to try to teach Burkey humor. --This text refers to the paperback edition.

AudioBookReviewer
5.0 out of 5 stars Captivating Financial Cryptocurrency Thriller
Reviewed in the United States on January 6, 2020
Breakfield and Burkey take topics from today’s headlines and show the terrifying side of it.  Through their magnificent storytelling abilities and their knack to take often misunderstood or unknown financial and technology-based possibilities and create a captivating tale involving the R-Group.  Combining past and present, Breakfield and Burkey creatively develop the storyline that will leave their listeners on the edge of their chairs as the R-Group attempts to foil the evildoers.

The past plays a heavy hand in this book as we see how Master Po’s unbreakable cryptocurrency code affects her life now as well as Wolfgang’s role in the establishment of the R-Group in the beginning.

Not only did this book put the fear of technology deep into my head but it left me in tears.  There were several moments that made my eyes water and my heart heavy but there were just as many moments where I pumped my fist in the air.   Comeuppance can be such a delightful thing to hear!

Derek Shoales performed the audiobook realistically and with a passion that one felt the emotional pain of Jacob, Frank and Su Lin.  Shoales has a solid voice and a talent that takes the listener further into the story.  One can visualize the characters much easier through Shoales.  I enjoy listening to him perform.

There were no issues with the publication or quality of this audiobook.
Read more
One person found this helpful
Helpful
Comment Report abuse

V. Williams
VINE VOICE
5.0 out of 5 stars Crazy Serious Crypto-currency Technothriller and Suspense
Reviewed in the United States on October 14, 2018
This novel appears to begin simply enough by painting an idealistic picture of a happy and peaceful couple enjoying the life down on their Georgia farm. Su Lin is half a world away from her birthplace and old life. She had created an unbreakable code that, cashed in on a new world of "bitcoin" technology or crypto-currency, could have global repercussions. Her old world now wants that code. All of it. And they crash the sanctity of the farm looking to kidnap and take her back.

This is the first of the series I've read, but this multi-layered, intelligently plotted narrative stays solidly on focus and can function as a standalone. There is a co-protagonist group comprising a crack computer team, heavily backed by ICABOD, their AI (artificial intelligence) supercomputer. ICABOD has a vast store of detailed information and technology. He's also stretching his personality into occasional humorous asides that both amuse and disarm his originating designers. The team experts include Jacob, whose betrothed is Petra. Among other characters involved are Quip and EZ, Andy's daughter, Julie and Juan, and Otto and Haddy. There are several antagonists as well, including Guano (aptly named), and Mathias and Dutch.

Wolfgang, Jacob's grandfather, suffers both a heart attack and stroke and slammed into the hospital in a coma becomes Jacob's major focus. He finds what appears to be journals or books by Wolfgang and begins to read to Wolfgang the story of he and his two buddies as they relate the discovery of the Enigma code. As he monitors the old boy and between reading from the book, he creates a genius code of his own to employ in gaining the freedom of Su Lin.

The plan for the safe return of Su Lin was brilliant as was making sure Guano was never going to be a problem again in the future. The scenarios of all that a global crypto-currency would entail in the darknet had my head spinning. The obvious knowledge of the digital technology was staggering and if you are looking for a little education, this is where it's at, along with a fascinating tale of intrigue and rescue that'll leave you scratching your head in disbelief. I was given this ebook download by the publisher and NetGalley and thoroughly enjoyed the read. Recommended to all readers who enjoy technology with their thrillers.
Read more
One person found this helpful
Helpful
Comment Report abuse

An Ordinary Mom
5.0 out of 5 stars Great read.
Reviewed in the United States on December 8, 2018
Really enjoyed this book. It is one of a series apparently that I hadn’t heard of but even though there were many that came before it, it’s fine as a stand alone book as well. I look forward to reading the other books.
The book kept me wanting to read more to find out what was going to happen next.
Full Disclosure- I was provided with a free copy of this book in exchange for a honest review.
Read more
One person found this helpful
Helpful
Comment Report abuse
See all reviews