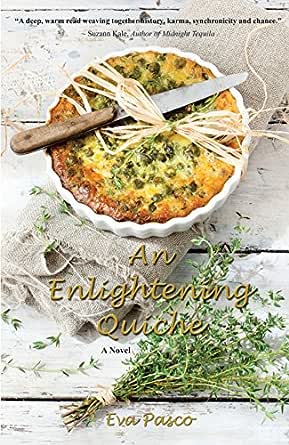 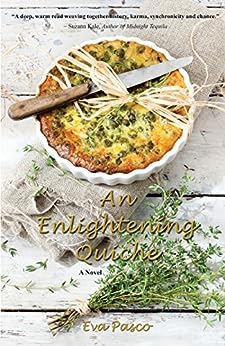 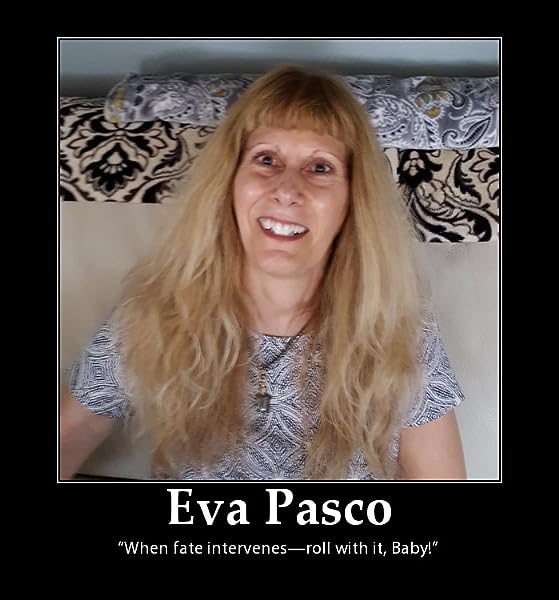 It's an unusual device indeed to center a women's fiction piece on a single food (quiche), but An Enlightening Quiche demonstrates how rich the results can be when a quiche recipe joins with other elements to capture the senses, smells, and events of a certain fall-winter in Rhode Island.

Now, one normally expects that mention of a food-garnished women's book will make for light, breezy beach reading; but An Enlightening Quiche is anything but vapid, offering hard-hitting insights and reflections from its very first chapter:"Lindsay and I scraped, stacked, and carried the leavings from the dining room into the kitchen, reminiscing and reflecting upon morsels of life scattered by a quiche. Unbridled passions are at best self-serving and tend to spawn turmoil, upheaval, and devastation to those we hold dear. This painful realization forces one to rein in the spirit, modify ambitions, curb appetites, stifle forbidden desires, and abandon wildness albeit reluctantly at first."

Women who seek easy reads might find this book's revealing philosophical and psychological examination more demanding than anticipated; but the pleasure of An Enlightening Quiche lies in its very complexity, which offers more than a light dose of food reflections linked to insights on lives well-lived.

As Augusta moves through her world digesting changed family interactions, new truths and revelations, and food focuses, readers closely follow her path and some of its heart-won  insights: "...and as time went on, even if I wanted to display what I felt in my heart for you, I didn't know how to reach you. I not only blew the one chance God gave me to be a mother, but selfishly never shared any memories about the woman who gave birth to you. I hope you can forgive me."

Emotionally charged with events that lead Augusta to evolve and change, An Enlightening Quiche follows the winding process of a life that stretches beyond familiar boundaries to reach for the sun, with a host of powerful female supporting acts driving a story line that closely examines love, motivations, broken promises, paternal rights, and more.

'An Enlightening Quiche' by Eva Pasco is, to shamelessly promote a theme, superbly rich and delicious. One cannot know if such writing comes naturally to the author, or if she suffers from the agony of meticulousness required to produce such an exquisite work.  The end result harkens to the classics for its resemblance to such deeply thoughtful plotting, characterization, and the gorgeous prose used in its exposition.  With a fully contemporary use of wickedly biting cynicism - if bloodlessly cold - and terribly subtle sarcasm - keep your reading wits about you - the intelligence embedded in Pasco's narrative is deeply satisfying.  Although it is a sacrilege to attempt summarizing this book's plot concisely, Augusta and Lindsay - two separate voices, two women in their forties - reveal a lifetime tale about friendship and family betrayal in and outside of a small Canuck-dominated town located in northern Rhode Island.  Which does the actual, intricately complex plot no justice whatsoever.  Suffice it to say, I am not capable of rendering it due justice.  But then, neither is Ms. Pasco in her own introductory blurb.

As a stylistic practice in relating the story behind 'An Enlightening Quiche,' Eva Pasco accomplishes a most difficult task for a writer, and she accomplishes it to perfection: not only using alternating voices, but having each voice alternate between the present and a remembered expository past.  The effect of such stylistic mastery is to create - breaking from the culinary theme - a sensationally intricate and complex tapestry as pleasing to the reader's mind as such artwork is to expert eyes.  And though this work has been labeled simplistically as "contemporary women's fiction," make no mistake: this is a psychological, literary novel, and a wonderful, highly challenging, masterpiece of writing.


Originally critiqued by a member of the Authors Talk About It team: 5-Star Badge


Eva Pasco's An Enlightening Quiche centers around the rivalry of two very different women as they compete against one another to make the perfect quiche. Augusta is promiscuous and emotionally damaged, turning heads and raising eyebrows wherever she goes. Lindsay, on the other hand, is a prim and proper historian tasked with rescuing a local mill from certain demise. Despite the premise of a simple bake-off, both women get far more than they bargained for. A delicious quiche becomes the catalyst for profound epiphanies, insightful prose, and amost welcome enlightenment.

An Enlightening Quiche is far more intricate than it may seem to be; while a book based around baking a quiche may not sound like a page-turner, this book is so much more than that. Both main characters were complex and engaging, with detailed backstories and overwhelmingly believable narratives. To put it simply, they felt almost real. The plot itself was incredibly intriguing, littered with witty quips and fascinating social commentary. Although a bit too wordy at times, it was enjoyable from the first page to the last.

Eva Pasco crafted a real gem in An Enlightening Quiche. Her style of writing is uniquely fresh,while still maintaining a level of intelligence that is beyond impressive. Pasco hit the nail on the head with a winning combination of love, loss,friendship, humor, and a profoundly deep introspection that will surprise any reader. Just as Augusta and Lindsay did, An Enlightening Quiche's readers will get far more than they bargained for in this novel.

My second novel is written in my preferred genre of Contemporary Women's Fiction for its potential to unfold realistic plots while exploring the gamut of inner conflicts: convention vs. rebellion; fate vs. free will; loyalty vs. betrayal; unbridled love vs. sacrifice; death--inevitable or tragic?

You can read Eva's Memoirs, Essays, and Blogs at Authors Den.
Read more