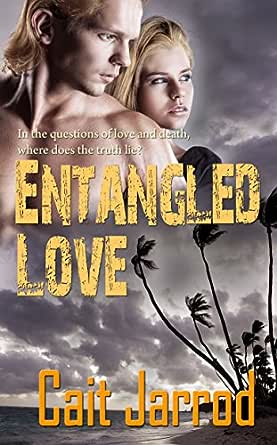 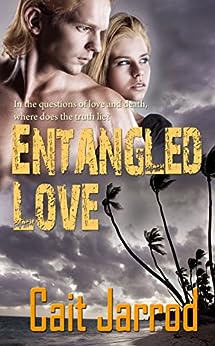 BrittneyO
5.0 out of 5 stars Edge of your seat suspense!
Reviewed in the United States on March 21, 2015
Verified Purchase
I wanted to strangle Muriel! What a villain!! I had to read this book fast because I had to know how it turned out for everyone!! I also agree with other reviewers, the butler was hilarious! Another entertaining read by Cait!!
Read more
Helpful
Comment Report abuse

CynTop Contributor: Cooking
TOP 500 REVIEWERVINE VOICE
5.0 out of 5 stars What a read full of suspence, thrills and passion
Reviewed in the United States on August 15, 2016
Wow what an ending I would have never had guessed it. This was a book that kept me up very late into the morning with one heck of a wild ride. This was a very fast action packed from start to finish leaving the reader with their mouths hung open. A love that has lasted a lifetime waiting to bloom that is what Ryan has. Now seeing his chance he makes his move only to have roadblock after roadblock thrown in his way. Ryan will steal your heart with his cute sexy ways it won’t be long before you will be cheering for him hoping he finds his HEA with the women he has loved all his life.

For Emma it has been a long year losing the love of her life has turned her world upside down. It is time to move on starting over but is she ready? If her friends have anything to say she will but leaving behind the man that was her world is hard. Ryan has always been there for her he is her best friend the one she has always put her trust into. Now with accidents happening all around her is left guessing who and what they want and why would someone want her dead. Emma will learn a few lessons in life starting with believe nothing that you read and only half of what you see. Just when she thinks she has a handle on it everything changes in a blink of an eye. She is left wondering who she can trust as a mad women tries to take everything away from her even the wonderful memories of her dead husband.

Ryan is the dashing playboy who loves them and leaves them. He would give up that lifestyle if he could only have the women he has always loved. His lifestyle is about to come bite him when karma comes knocking at his door leaving him lost, alone and on the chase to find a killer of his best friends. Each time he takes a step forward he ends up taking one backward. Muriel is a thorn in his side with her crazy mind where does she come up with the wild crazy things she said. This woman is a nut case and needs to be locked up. She is never far away at every turn she puts a crack in Ryan’s and Emma’s relationship. Things get very complicated when a child is thrown into the mix. He swears he will wrong the wrongs and get his true love right where she belongs in his arms.

There are so many twists in this story it will keep you on the edge of your seat keeping you up late with a read that keeps you spellbound until the end. You have a wonderful cast of characters that will steal your heart. I just adored Niles with his witty ways that will keep you chuckling and at times laughing. Holly will steal your heart with her cute little ways. Tim, Amy, Johnny and so many more gives you a pleasurable read and as they pull you into their world. My heart broke for Emma, Sophia, even at times I felt sorry for Muriel for the life of me I don’t understand why.

The author gives you a compelling read that is suspenseful with a little mystery along with thrills that will chill you to the bone at what some people will do to get what they want. She gives you a believable story that you have no trouble seeing in today’s headlines. Your heart will break for some and others you will cheer on why there are a few that will keep you guessing. The passion is hot with some very heated scene you better get your fan out. I totally enjoyed this delightful refreshing read that kept me on the edge until the end.
Read more
Helpful
Comment Report abuse

Jen Craig
5.0 out of 5 stars An Edge of Your Seat Read
Reviewed in the United States on March 14, 2016
Loved, loved, loved this book by Caid Jarrod. This book had me guessing up until near the very end and I was surprised at the outcome.

Skateboard superstar Ryan Cross has been in love with Emma James since they were teenagers. Just when he was about to admit his feelings, she started dating his best friend Eric, so he kept his feelings to himself, especially after they were married. He always maintained a presence in Emma and Eric’s life and has become the rock in Emma’s life since Eric’s sudden death a year ago.

We enter the story when both Emma and Ryan are at a charity auction a year after Eric’s death and Emma is confused by her burgeoning feelings for Ryan, feeling that those feelings are a disservice to her husband’s memories. Ryan’s love for Emma has only grown for Emma over the years and feels it is finally time for him to make his move, especially when he picks up on Emma’s attraction for him.

This story is full of romance, humor, danger, and enough plot twists to keep things humming. The characters are all great and I hope to read about some of the supporting characters in future books. If you are a fan of romantic suspense, this book should not disappoint you.
Read more
Helpful
Comment Report abuse

Jo-Anne B.
4.0 out of 5 stars Fantastic romantic suspense
Reviewed in the United States on August 12, 2014
Emma James has been widowed for a year and has not been able to put her life back together, but she’s working on it. Ryan Cross is Emma’s best friend and she has relied on him since high school. Ryan had wanted Emma for so long, but when he finally decided to make his move on her in high school, his best friend Eric James asked her out first. That relationship grew and he had no choice but to watch the girl he loved marry his best friend!

Ryan is a gorgeous retired professional skateboarder who wants to help Emma get her life moving and find love again – hopefully with him. Ryan discovers Emma’s late husband (and his good friend) may have been murdered. Even though the police called it an accident, that didn't feel right to him especially when another friend, Dustin, is also killed. When there were several attempts on Emma's life he is afraid she is now a target and he wants to protect her.

This book was so well written with many surprising twists that you won’t want to put it down because you will want to find out what happens next and what new characters will show up. Entangled Love impressed me in having everything! It has action, romance, humor and drama.

The relationship between Ryan and Emma is special. They have been friends forever but after Emma realizes that Ryan has more than just friendly feelings for her she doesn’t know what to do about it. She is afraid to care for someone again but Ryan persists and tries to make her comfortable with giving her heart again.

The characters are extremely well developed so you can’t help but like them. I especially liked Ryan. What a guy! Not only was he attractive and successful in his business, but was kind and compassionate. Perfect! The secondary characters added a lot to the suspense but Ryan’s butler, Niles, was hysterical! I liked that not all the characters were good guys. Warren was very bad, but this, again, helped the story be so interesting.

I must say that I am so glad that I won a copy of Entangled Love and highly recommend it to Romantic Suspense readers.
Read more
Helpful
Comment Report abuse
See all reviews