You've subscribed to The Wall! We will preorder your items within 24 hours of when they become available. When new books are released, we'll charge your default payment method for the lowest price available during the pre-order period.
Update your device or payment method, cancel individual pre-orders or your subscription at
Your Memberships & Subscriptions
There was an error. We were unable to process your subscription due to an error. Please refresh and try again. 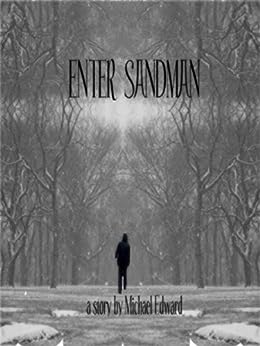 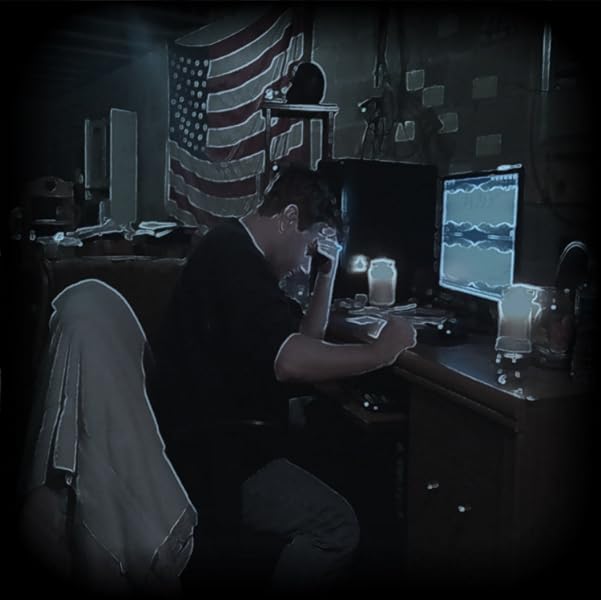 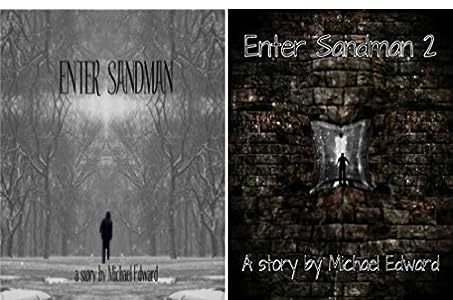 3.2 out of 5 stars
3.2 out of 5
24 global ratings
How are ratings calculated?
To calculate the overall star rating and percentage breakdown by star, we don’t use a simple average. Instead, our system considers things like how recent a review is and if the reviewer bought the item on Amazon. It also analyzes reviews to verify trustworthiness.
Top reviews

Auctor Trevel
1.0 out of 5 stars Severely lacking and not scary
Reviewed in the United States on January 10, 2020
Verified Purchase
You know these teen slasher flicks where there are a bunch of naive and stupid teenagers who decide to do something really stupid, like running someone over and hiding the body from police (Only to have said body come back after them), performing some arcane ritual that summons evil, or deciding to go into some obviously sinister-looking building on a dare? That is Michael Edward's Enter Sandman in a nutshell, and the story is equivalent of a low-grade direct-to-video teen slasher flick where you want all of the stupid teens to die.

At first, the book has a very promising beginning, with the Sandman character forcing a young teenage boy to choose between giving his own life away or the life of a loved one. Even the concept of having a benevolent being forcing a character to choose to give his or her own life or the life of a loved one is potentially terrifying if properly executed.

Sadly, this is not the case with this short work. The story features teenagers that have little to no personality and no defining characteristics. They decide to write their names on a wall to make themselves believe that the eponymous Sandman will not come after him, despite what local lore suggests. Well, Sandman does make an appearance and stalks the teenagers and their families one by one. The pacing is predictable and it is also abrupt with attempts to develop the teenagers and their families, with all teenagers and families all looking and sounding the same. It is hard to get attached to these characters to really feel any horror that comes along later.

And what really blows the mind is that the Sandman is seen early in the book, but he is generally written off as that weird homeless guy who just looks menacing. And he walks around in public. Yes, in public. And the excuse to why the police in the story could not stop the Sandman in the first place despite his previous misdeeds and walking out in the open is so unsatisfactory and so inane that one would assume a reason could not be come up with other than "Uh, he's a supernatural being so we can't really do anything about it."

The only true saving graces to this book are its introduction and the current $0.99 price tag attached to it. It was a free download by time I picked it up but, still, there are better horror/suspense based short stories, novellas, and novels to pick up. Don't bother signing your name to the wall on this one.
Read more
Helpful
Report abuse

Maximum Verbosity
3.0 out of 5 stars A very good start
Reviewed in the United States on May 17, 2012
Verified Purchase
I found this book to be exciting and scary - sort of like a Twilight Zone episode. The characters were teens and the dialogue was fairly accurate. There was some gratuitous bad language and choppy dialogue between the kids and the adults and this is what made the book seem a little amature. It felt like it was written by a teenager because the interactions between the adults and teens were all over the place - the parents seemed bi-polar; they would be consoling and comforting their child in one breath then screaming at them in the next, then preaching at them in the next...it was weird. There were several grammatical errors which again, marked the book as more amature.

Now for the good stuff: The book has a really great premise and storyline. It sounds like one of those stories that kids tell each other to scare themselves. If you grew up in the U.S., you'll most likely understand what I mean. Where I grew up, it was crybaby bridge (apparently an infant was killed in a car accident at some point in time and if you came to the bridge at night, you could hear it crying). It's fast moving with a lot of fight scenes, but nothing gory or horribly violent. I think the target audience for this is middle school to early high school aged kids.

If I were a teacher and an 8th grade student handed this in for a creative writing assignment, I'd give them an A+. If they were a 12th grader, a B-. It's a short book with a lot of potential - a good editor and you might have a hit!
Read more
3 people found this helpful
Helpful
Report abuse

Graham Downs
2.0 out of 5 stars Spoilt by bad writing quality
Reviewed in the United States on November 6, 2013
Verified Purchase
You know what? Spelling is important. Appropriate use of commas is important ("I have to coach" vs "I have to, coach" being an example that stuck in my head). Punctuation in general is important.

I know it's generally frowned upon to mention editing issues in reviews, but when they're as prolific as they are in this book, they really detract from what would otherwise be a good story.

And this is a decent story, if perhaps a little predictable. It was written like a movie, and I liked the idea of writing the narrative in present tense (although occasionally the author slipped into past tense there as well). The problem is that I think it made the very simple language stand out even more. There's a bit of a disconnect there, as the language used makes the book one that would be easily understood by a junior primary school kid, but the subject matter is in no way appropriate for children.

It's not the worst story I've ever read, but I've read plenty better. I don't think I'll be reading any more of this series.
Read more
One person found this helpful
Helpful
Report abuse

Josh Wiles
3.0 out of 5 stars An okay story
Reviewed in the United States on July 10, 2013
Verified Purchase
A somewhat disappointing story. The writing was hackneyed and lacking in description. I would've liked descriptions of the characters. It would've made me feel more connected to the story and the characters. As it is they're nothing more than cardboard cut-outs. The dialogue was fairly amateurish, as well. With some editing and rewrites to add more description and improve the dialogue, this story could be great. As it is, it's just okay.
Read more
Helpful
Report abuse

Alison1211
4.0 out of 5 stars Light horror story
Reviewed in the United States on September 24, 2014
Verified Purchase
This was a fast paced read. I was able to finish it in one sitting, which isn't so easy when you have 2 little kids. The story was a little predictable. It is definitely aimed at a young adult audience. Some good editing is in order since there are a number of grammatical mistakes. A fun read that I didn't want to put down until it was over.
Read more
Helpful
Report abuse

Mark Abrams
5.0 out of 5 stars scary and engrossing!
Reviewed in the United States on January 5, 2013
Verified Purchase
Exciting story of some bored teens who chose to defy an old warning and sign their names on the wall as a result of a dare. There are horrific consequences to their actions as they learn that the old legend is true after all! I would highly recommend this easy-to-read and well-written novella.
Read more
One person found this helpful
Helpful
Report abuse

Mark1068
1.0 out of 5 stars Terrible writing
Reviewed in the United States on October 14, 2012
Verified Purchase
The premise of the story is interesting, but the writing is terrible. For starters, it is written in the present tense, which is distracting. Also, the author overuses adverbs and adjectives. Finally, there are a lot of grammatical errors that should have been fixed during proofreading. Thankfully, it was a short story.
Read more
3 people found this helpful
Helpful
Report abuse
See all reviews

Janet Stewart
2.0 out of 5 stars Two Stars
Reviewed in Canada on August 20, 2015
Verified Purchase
It read like it was written for teens and YA. Just too slow for me and did not finish.
Read more
Report abuse
See all reviews
Back to top
Get to Know Us
Make Money with Us
Amazon Payment Products
Let Us Help You
EnglishChoose a language for shopping. United StatesChoose a country/region for shopping.
© 1996-2021, Amazon.com, Inc. or its affiliates