Entombed: A Novel (Alex Cooper Book 7) and millions of other books are available for Amazon Kindle. Learn more
Share <Embed>
Have one to sell?
Sell on Amazon 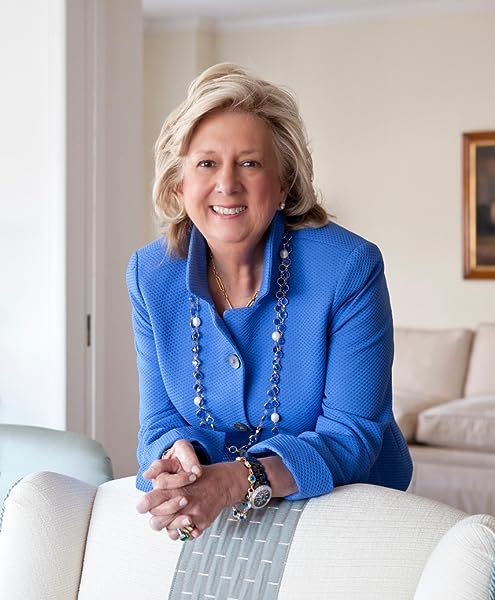 Start reading Entombed: A Novel (Alex Cooper Book 7) on your Kindle in under a minute.

Marsha Smith
5.0 out of 5 stars Always watch your back or better yet have someone guarding it.
Reviewed in the United States on September 19, 2018
Verified Purchase
I bought this book for myself and I have about 100 pages left. This is the 9th Linda Fairstein book I have read over the past year.
This book is one of my favorites with a skeleton discovered in the wall of a house where Poe once lived as well as a rapist on the move again. The way this author weaves these tales is amazing. Can’t wait to get to the end!
Read more
One person found this helpful
Helpful
Report abuse

Malew
3.0 out of 5 stars Read it but don't believe it!
Reviewed in the United States on September 19, 2016
Verified Purchase
This is my first Fairstein novel but I will read her again. The characters are well-drawn, although the law enforcement characters seem a bit stereotyped, as does the language. She tells a good story. My career spanned more than a few years in the criminal justice system, so I am not sure that I have ever seen such a mix of dual roles and fraternization to this level, but it all makes for a good and compelling read nevertheless.
Read more
One person found this helpful
Helpful
Report abuse

A. Parks
5.0 out of 5 stars Fairstein is the best.
Reviewed in the United States on August 27, 2017
Verified Purchase
Fairstein is terriffic. Makes Kellerman and other favorites read like high school. Very savvy, very sophistocated.
Read more
One person found this helpful
Helpful
Report abuse

Pressure/Grace
4.0 out of 5 stars Another Good Alex Cooper Story
Reviewed in the United States on September 10, 2016
Verified Purchase
I've enjoyed reading the Alex Cooper series. I picked up Cold Hit first, which was the 3rd book (if I remember correctly) in the series. I went back and read the previous books and now I'm on the 10th book. The stories are well written. If you like policing/law whodunnits, you will probably like this book.
Read more
One person found this helpful
Helpful
Report abuse

Jean E.
3.0 out of 5 stars seller responsibility
Reviewed in the United States on June 3, 2018
Verified Purchase
The story was excellent, as usual, Linda Fairstein is incredible. However, the cd had many scratches on it and made listening difficult. It was listed in very good condition.
Read more
Helpful
Report abuse

Patricia Note
5.0 out of 5 stars Entombed
Reviewed in the United States on September 1, 2008
Verified Purchase
I can't say enough about Linda Fairstein's series of Alex Cooper Mysteries. I bought the tenth, Killer Heat, by accident and after reading it immediately bought the first nine in the series. I have read all but one of these in the past few weeks.

Fairstein ran the sex crimes unit of the New York City District Attorney's Office for over 20 years which speaks to her credentials.

There are five reasons to read her Alex Cooper books:

1. Each book is wrapped around a compelling case which is based on a real crime situation. One or two other cases are also introduced which may or may not be directly related to the main case. You won't know until the last couple of scenes in the book.

2. Each book focuses on some cultural, historical, and/or geographical theme about the New York City area. The book I just finished, Entombed, contains a fascinating look at the life and literature of Edgar Allen Poe who lived in New York and who becomes an intregal part of the main crime story. Other books focus on the history of Governor's and Roosevelt Islands off Manhattan, the art world centered in New York, Lincoln Center, Metropolitan Museum of Art, The Metropolitan Museum of Natural History, King Farouk or Egypt, etc. I read her books with a detailed map of New York by my side and break for frequent Google episodes to delve further into the non-fictional elements in her stories. I not only enjoy a good read but benefit from the educational experience. These are not crime stories for dummies or lazy readers.

3. There are three main characters in the book and each book in the series revolves around their personal and professional lives which works to humanize the characters and add a sense of reality to the fictional events in the story. One cannot tell how much of Alex Cooper is really Linda Fairstein since both are University of Virgina Law School graduates with family money who work for the DA and maintain residences on Martha's Vineyard. By the way, all of the locations referenced in the story are real and described in such a way that you feel that you are there with her enjoying a meal at Patroon's, walking the area of Foley Square or experiencing a storm lashing the shore line of Martha's Vinyard. Some readers may find the details about the "lives" of the main characters a bit tedious or distracting but I enjoy the way she develops her characters and puts flesh on their bones.

4. There is an abundance of police and judicial procedural information to satisfy the "needs" of readers of crime stories. There are also enough "CSI" scenes to satisfy crime techies who like the forensic aspects of police work. Unlike many authors, Fairstein has extensive real world experience in such matters and can write authoritatively. She published a non-fiction book, Sexual Violence, in 1994 that I have not read but mention it as one of her credentials.

5. There are plot twists and suprises a plenty that demonstrate that Fairstein's credentials as a legal authority are matched by her abilities as an author and that keeps me turning the pages. I am a little distressed that I have but one book of hers left to read.

While the ten books in the Alex Cooper series are sequenced by time, they are crafted in such a way that one can read them in any order without sacrificing any significent sense of continuity. Of course, those of us with "Monkish" tendencies would find that impossible to do. I usually give my crime story books away after I read them but the Cooper mysteries will remain a permanent part of my book collection to be read and reread with more detailed maps perhaps and more extensive Googling. I also have this almost uncontrollable need to plan an extended visit to New York. I really want to visit Poe Cottage in the Bronx Botanical Gardens.

Needless to say, I highly recommend, Entombed, and the other nine books in the Alex Cooper Mysteries all of which are available from Amazon,com.

horselover
5.0 out of 5 stars Great book
Reviewed in the United States on November 17, 2017
Verified Purchase
Really love reading these. Starting on the next one and I am sure it will be just as good! Happy reading!
Read more
One person found this helpful
Helpful
Report abuse

becquilts
5.0 out of 5 stars Entombed, a little on the scary side!
Reviewed in the United States on October 30, 2013
Verified Purchase
A little on the scary side is the way I refer to most of E. A. Poe 's work. The other term would be depressing.
With Poe being the "lesson material" in this Linda Fairstein novel, I would still rate it as a great read! I love the way the characters come together and share their secrets.
I have read many of the books in this series over the years, but reading them in order has been a great treat!
Read more
Helpful
Report abuse
See all reviews

fab
5.0 out of 5 stars Chilling & Brilliant
Reviewed in the United Kingdom on February 27, 2021
Verified Purchase
Huge fan of Linda Fairstein - her real life experience plays into a chilling & engaging read with some truly heartbreaking moments - you won’t be able to put this book down, I never can.
Read more
Report abuse

Linda
5.0 out of 5 stars Another brilliant read
Reviewed in the United Kingdom on April 23, 2012
Verified Purchase
I have been a fan of Linda Fairstein for a very long time, having read all her previous novels and starting this was like being welcomed back into a family. The characters are well rounded and have become real people to me - people that I care about. I loved this story - quite scary actually and it aroused my interest in Edgar Allen Poe, I even downloaded a few of his stories after finishing this.

I fully intend to buy the next Fairstein as I find her compelling reading.
Read more
Report abuse

Jaymet
5.0 out of 5 stars Entombed
Reviewed in the United Kingdom on April 17, 2012
Verified Purchase
I have yet to read a bad Linda Fairstein novel, in fact I have still to find one which I can't give a full 5 star rating. This is no exception.
Read more
Report abuse

irish granny
5.0 out of 5 stars Linda Fairstein - Getting better and better
Reviewed in the United Kingdom on July 15, 2015
Verified Purchase
what a great writer. Always something different with each of her stories. Fab
Read more
Report abuse

pauline whittle
5.0 out of 5 stars Five Stars
Reviewed in the United Kingdom on November 1, 2016
Verified Purchase
great
Read more
Report abuse
See all reviews
Back to top
Get to Know Us
Make Money with Us
Amazon Payment Products
Let Us Help You
EnglishChoose a language for shopping. United StatesChoose a country/region for shopping.
© 1996-2021, Amazon.com, Inc. or its affiliates