You've subscribed to The ROGUES Billionaire! We will preorder your items within 24 hours of when they become available. When new books are released, we'll charge your default payment method for the lowest price available during the pre-order period.
Update your device or payment method, cancel individual pre-orders or your subscription at
Your Memberships & Subscriptions
There was an error. We were unable to process your subscription due to an error. Please refresh and try again. 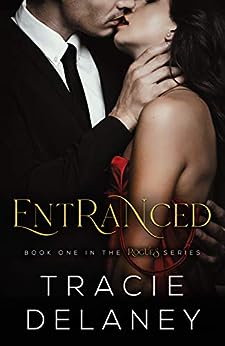 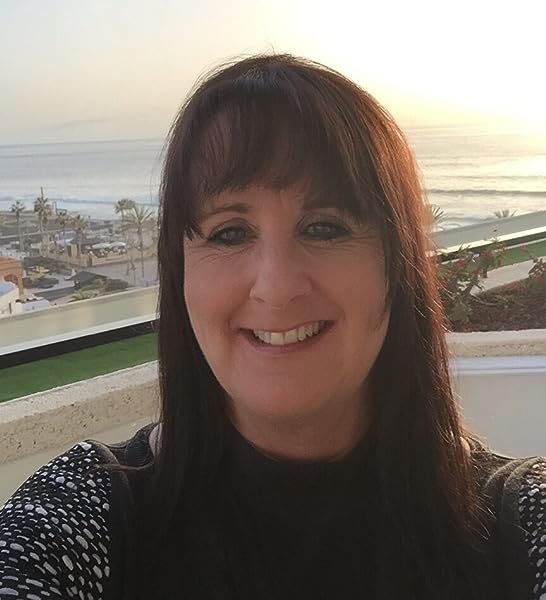 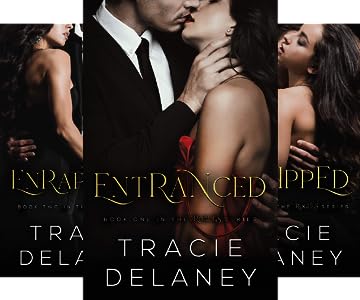 4.5 out of 5 stars
4.5 out of 5
567 global ratings
How are ratings calculated?
To calculate the overall star rating and percentage breakdown by star, we don’t use a simple average. Instead, our system considers things like how recent a review is and if the reviewer bought the item on Amazon. It also analyzes reviews to verify trustworthiness.
Top reviews

Katie S.
5.0 out of 5 stars A good start to a new series!
Reviewed in the United States on May 1, 2020
Verified Purchase
I really enjoyed this story. It drew me in and kept me turning the page waiting to see what happened next. There was a bit of suspense, there was tension, and the characters came alive on the page. I look forward to more in this series!

Ryker and Athena have flirted and fought their attraction forever. The problem, she’s his best friend’s sister and he doesn’t want to risk that friendship. But for Athena, Ryker is the only man she’s ever loved, ever wanted. Watching his endless parade of women, the barbs, nothing deters her. She knows whom she wants, can she convince Ryker that risking her brother’s anger is worth the risk and the rewards?
Read more
8 people found this helpful
Helpful
Report abuse

Felicity
5.0 out of 5 stars The Queen of Steam does it again.
Reviewed in the United States on April 30, 2020
Verified Purchase
love the way this author writes. I loved this book from start to finish, so much that I was eking out the pages to stop it ending.
The main character Ryker Stone is a typical businessman turning over a fast buck. His business partners he’s known since way back and his one close friend Elliot, knows him like a brother. So much so that when he meets up with Athena,Elliot’s sister, in a club he’s newly opened in Japan, he wonders exactly what she’s doing there.
Fireworks galore and smouldering scenes. This is a gripping romance you won’t want to end.
Read more
5 people found this helpful
Helpful
Report abuse

M. Bloodworth
5.0 out of 5 stars Entrancing!
Reviewed in the United States on April 9, 2021
Verified Purchase
This is the first book I've read by Tracie Delaney, but it won't be the last. I thoroughly enjoyed Ryker and Athena's story. It has just the right balance between plot and plot twists, suspense, tension, and steam, and no cliffhanger ending (not that I mind those). I'm looking forward to the next books in the series, as well as the other series by Ms Delaney.
Read more
3 people found this helpful
Helpful
Report abuse

Lorraine Brattin
5.0 out of 5 stars Wow! So much in this story. Hated it to end.
Reviewed in the United States on September 8, 2021
Verified Purchase
This is all about Ryker and his best friends little sister named Athena. Elliott and Ryker grew up together and have been best friends for years. Along with several other friends they created the ROGUES group. They have been working together since college and have amassed billions.

Ryker and Athena came together once when Athena was only 17 and she climbed into bed with a very drunk and sleepy Ryker. Things happened and afterwards Ryker did his best to blame Athena for what occurred. Still angry yet in love with him 7 years later these two come together in a surprising way.

This story was so good. Lots of it kept me on the edge of my seat. So looking forward to reading all of the Rogues books. My first story by Tracie Delaney but definitely not my last! Enjoy!
Read more
Helpful
Report abuse

Rosalind White
5.0 out of 5 stars Testing friendship
Reviewed in the United States on May 8, 2021
Verified Purchase
Entranced is a story of three people joined by family, love and friendship. That takes you on a journey of can you have it all or end with nothing. I enjoyed this different type of writing that took me on this story journey of wait and see. Tracie Delaney did a excellent job in my eyes.
Read more
One person found this helpful
Helpful
Report abuse

Katie W.
5.0 out of 5 stars True Love & Romance
Reviewed in the United States on July 12, 2021
Verified Purchase
Such an amazing first story in this new and exciting series. The characters are extremely likable and you fall in love with them almost immediately. There are many aspects to love about this book but most of all it’s the romance and true love conquering all that will win your heart.
Read more
One person found this helpful
Helpful
Report abuse

Astevia
5.0 out of 5 stars Couldn’t put it down!
Reviewed in the United States on August 15, 2021
Verified Purchase
Sexy. Romantic. Frustrating. Steamy. Spicy. Delicious. Roll all that up with Tracie’s excellent writing skills and it makes for a beautiful and fascinating read. Something about a stubborn man and a woman up for the challenge that I love. Read the book in 1 day. Looking forward to reading the rest of the series.
Read more
Helpful
Report abuse

mwef12
4.0 out of 5 stars Ryker and Thea 😍
Reviewed in the United States on August 2, 2021
Verified Purchase
This is a new author for me and I'm so glad i tried her book. I loved the story and will continue on with the series. I only have 4 stars because it didn't have an epilogue & i hate when I'm so invested in a love story but don't get a glimpse at the future they have together.
Read more
Helpful
Report abuse
See all reviews

Julia S
4.0 out of 5 stars Forbidden love, fab start to the series!
Reviewed in the United Kingdom on April 30, 2020
Verified Purchase
A wonderful start to a new series, set to follow six men who are friends and billionaire business partners. A story of forbidden love, a love that has stayed a painful secret for too long. A secret that when it blows, is going to combust!

I love that Tracie's female leads are often strong, sassy, tenacious and know what they want and aren't afraid to go after it. Athena is no exception, she's been in love with Ryker for years and knows he is the one. She's quite frankly a saint for not giving up on Ryker, she was far more forgiving than I'd be! He really did exhibit almost unforgivable a-hole tendencies at times in his bid to deny how he really felt, so it took me a while to warm to him. However, he is loyal and deliciously dominant and did step up when he really needed to towards the end when the pace ramped up in an unexpected, thrilling twist.

Entranced was sexy, steamy and hot with a healthy dose of angst and tension I want in a forbidden romance, that built and grew from the start. I also loved some of the other characters that will be more prominent in future books, particularly Oliver and Athena's brother, Elliott.

Although it can be read as a standalone, there is an intriguing loose end to this story which I'm sure will be dealt with in a lot of depth in future books and I'm excited to see what happens next!
Read more
3 people found this helpful
Report abuse

Louise Rhodes
5.0 out of 5 stars Brilliant start to the series!
Reviewed in the United Kingdom on April 29, 2020
Verified Purchase
Another fab read from this author. In fact this one was one of her bests ones yet.

Really enjoyed the dynamic between the two main characters Athena and Ryker. Loved how they had all this pent up sexual chemistry but it was that taboo aspect of best friends sister that really sold it to me. Love these kinds of books because they always have that tension build up, that angst that has your heart racing and your nerves on tenterhooks the whole time.

This author can do no wrong in my eyes. Would highly recommend!
Read more
2 people found this helpful
Report abuse

Escape to the pages
5.0 out of 5 stars Thrilling
Reviewed in the United Kingdom on April 25, 2021
Verified Purchase
A fantastic start to a series, this story has so many twists and turns.

Ryker and Athena don’t like each other, except they do, they just won’t admit it. He thinks she’s spoilt, she thinks he is an ass.
The first few chapters don’t really go a long way to demonstrating Athenas argument she’s doing ok for herself, though Ryker does prove himself somewhat in the ass stakes here too.

The romance was slow burn, till it wasn’t. Then it caught fire and burned hot....extremely hot. With guilt in the mix of sibling/best friend deception and then a thrilling unsettled ending that isn’t quite a cliffhanger for the book but seems like it will be a theme for the series perhaps....

Wow, couldn’t put this down!
Yes, it was very exciting, ladies.

Ryker and his long time friend, worked together.
They were good at what they did.

When it comes to love, it can be easy getting together. However, what if you all grew up together?
This did make me smile.

There was a scary bit in this, and I was worried about how it would end.
Thank god for family!
Read more
One person found this helpful
Report abuse

NK
5.0 out of 5 stars Sizzling, exciting emotional hot all rolled into one
Reviewed in the United Kingdom on May 20, 2020
Verified Purchase
When I read the sample I couldn't put it down and ordered the fully copy straightaway. This book is equally intense, emotional and thrilling as it is intimate and hot. Most adult romances I've read are cheap and just go for explicit content than the actual substance of the story. And this is one of those reads where an sensational tension and chemistry btw the main pivotal character combined with adequate story exposition and background make this adult read a high demand. what's better is you get a perspective of two different characters which gives you an insight into both their minds and views. Can't wait for the next sequel! Highly recommend :)
Read more
Report abuse
See all reviews