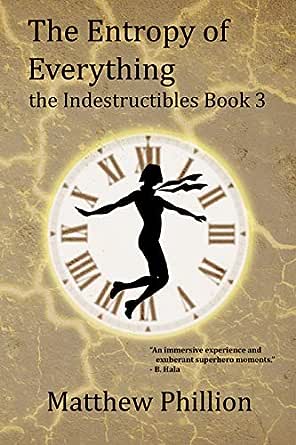 You've subscribed to the Indestructibles! We will preorder your items within 24 hours of when they become available. When new books are released, we'll charge your default payment method for the lowest price available during the pre-order period.
Update your device or payment method, cancel individual pre-orders or your subscription at
Your Memberships & Subscriptions
There was an error. We were unable to process your subscription due to an error. Please refresh and try again. 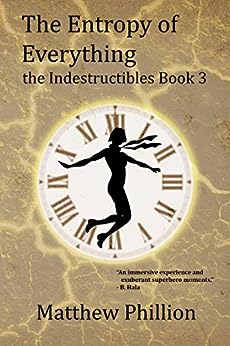 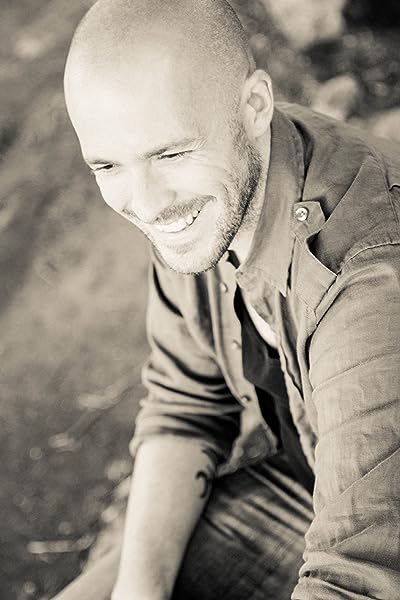 The Entropy of Everything: The Indestructibles Book 3 Kindle Edition 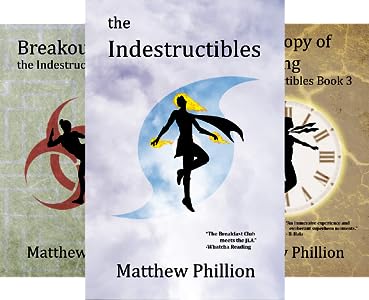 Matthew Phillion is a writer, actor, and film director based in Salem, Massachusetts and the author of the Indestructibles Young Adult superhero adventure series, its spinoff, Echo and the Sea, and the newly launched Dungeon Crawlers series.

"It's the end of the world. Mankind is just moments away from being wiped off the face of the planet. Naturally, the Indestructibles are on the case. A terminal event is happening in an alternate timeline and they've been recruited by a chronomancer to save the world... This is the third Indestructibles novel from author Phillion and it might be his best effort yet. As with the two previous books, the main characters tackle weighty emotional issues with a balance of disquiet and grace. And there's lots of humor and good writing to boot."
-Eric Searleman, superheronovels.com

"In 'Entropy,' the gang has to travel into the future to save an alternate timeline where the Indestructibles -- one of them in particular -- play an unfortunate role in the end of humanity. That provides some rollicking good fun, full of killer robots and dystopic hellscapes... But it also offers a chance for the characters to grow and change as they come face-to-face with the challenges and mistakes (and in some cases, the bitter ends) of their alternate-future selves.
"'Entropy' also takes a major leap forward in developing Titus, the group's teenage werewolf, and his extended lupine "family," exploring their outsider status and their legacy of violence -- not to mention Titus' complicated but tender relationship with Kate, a.k.a Dancer, the group's stoic street vigilante."- Pete Chianca, Gatehouse Media
--This text refers to an alternate kindle_edition edition.

I love alternate timeline stories. Days of Future Past, Red Son, you name it. What I love about them, particularly in the superhero genre, is they give us a chance to see where our mistakes could lead us. They let us explore things like the butterfly effect, or how one moment, one decision, can impact the entire world.

The Indestructibles are still figuring out this whole "consequences" thing. They wield enormous power, but they're young, and they're still unsure of themselves. So what happens when they see the tragedy a simple mistake can make? Will they like the versions of themselves they see staring back in the mirror? And are they willing to risk everything to save a timeline that isn't even their own?

"The Entropy of Everything" is about consequence, and sacrifice. It's about being a hero, and righting wrongs even if they aren't your wrongs to right. Plus time machines. We have time machines too. --This text refers to an alternate kindle_edition edition.
Read more