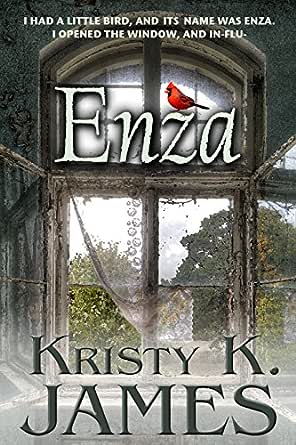 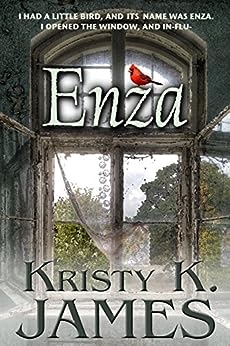 The first time I remember hearingabout the 1918 Influenza Pandemic was while watching a documentary on PBS. Myfirst thought was how was it possible I'd never heard about this? But then Iknew, listening to the words written by those who experienced the tragedy, I hadwrite about it.

And thus began several years of intensiveresearch--from ice harvesting, to how the war affected everyday life at home, toterrifying details about the pandemic itself, the information I would useneeded to be accurate.

A particularly troublesome fact about the Spanish flu was that while mostdeaths from most strains of influenza occur in the very old or the very young, thisone tended to claim the lives of people in the prime of their lives--teens andyoung adults. It was also unusual in that a person could be healthy in themorning and dead by nightfall.

Depending on the source, the worldwide death toll varied between forty and ahundred million people. In the United States alone, this deadly pandemic tookmore lives than all of the American soldiers lost in all of thewars in the twentieth century. According to Stanford University, "more people died of influenza ina single year than in four-years of the Black Death (Bubonic Plague)."

This wasn't an easy book to write because my goal was to make it true to life.I even went so far as to draw the names of the victims out of a hat because theflu struck down people at random, and I knew that in order to keep it real, Ineeded to do the same.

So that's some of what was involved in making Enza come to life. I hope youenjoy reading it as much as I enjoyed writing it.

Kristy K. James' first goal in life was to workin law enforcement, until the night she called the police to check out a scarynoise in her yard. Realizing that she might someday have to investigate scarynoises in yards just as dark as hers if she continued on that path, she turnedto her other favorite love...writing. Since then her days have been filled withbeing a mom and reluctant zookeeper (8 pets), creating stories, and looking fortrouble in her kitchen.